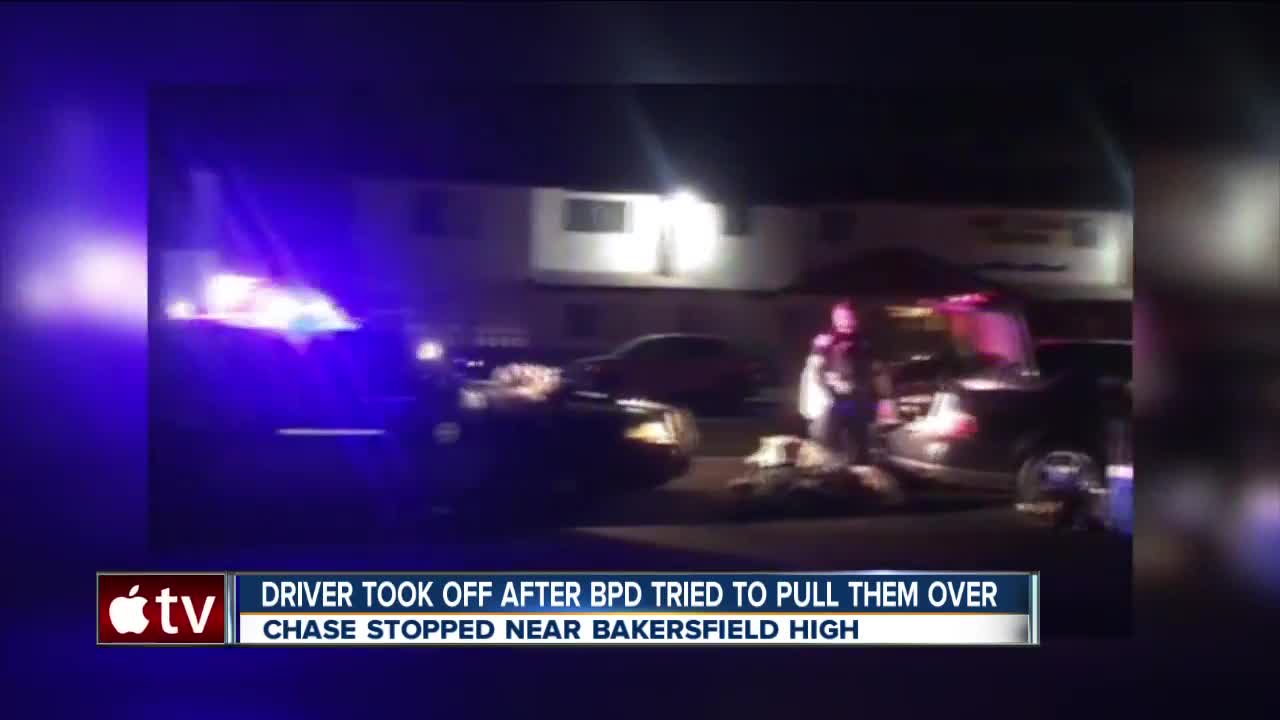 BAKERSFIELD, CA. — A man was arrested following a car and foot chase in Central Bakersfield overnight.

Bakersfield Police said officers were attempting to pull over a driver for speeding just after 3 a.m., but the driver took off.

According to officials, the driver drove westbound on California Avenue where he eventually came to a stop near Bakersfield High School and ran from the scene.

He was later found in the area and arrested for alluding police.