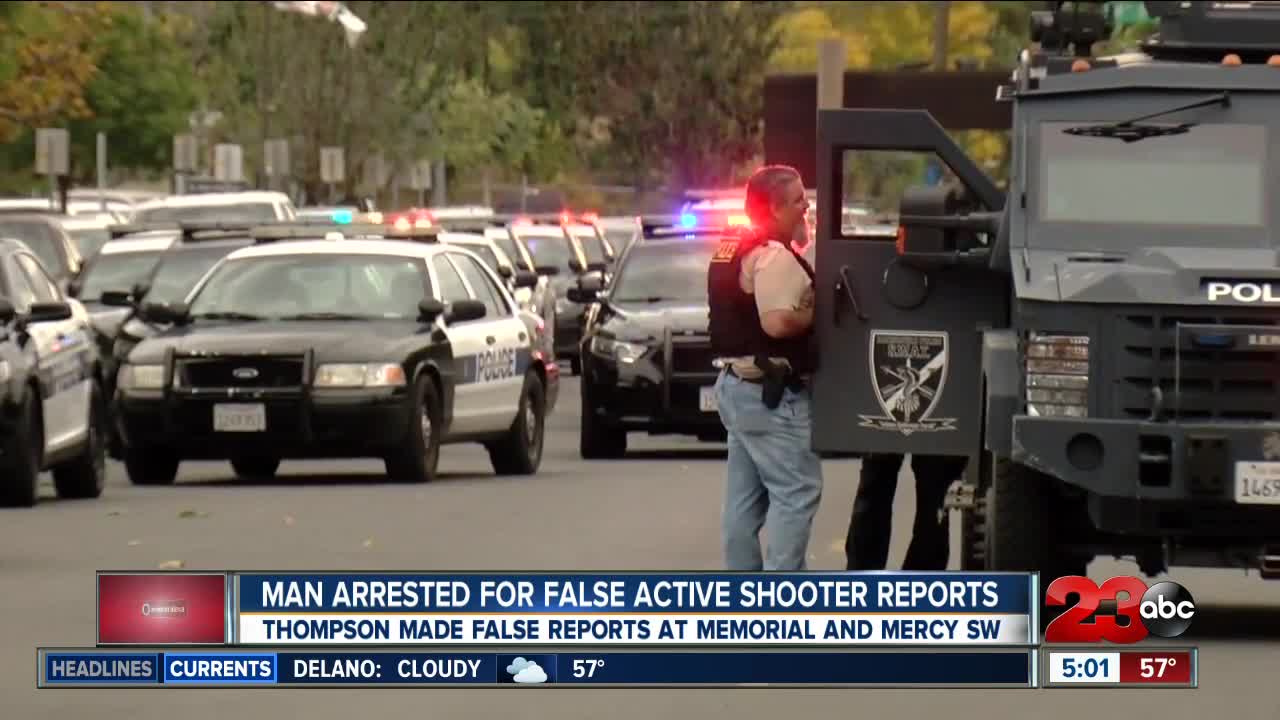 BAKERSFIELD, CA — The Bakersfield Police Department says they have arrested the man responsible for making false reports of an active shooter at Memorial Hospital Tuesday, December 4, 2018.

Officials say 46-year-old Mario Thompson impersonated a security guard and made the false report from a hospital phone.

"Code black is activated when our operators receive a phone call from a person identifying themselves as an employee, identifying that they have either heard or seen a gun, shots fired or something of that effect," said Ken Keller, Chief Operating Officer of Memorial Hospital.

BPD says Thompson is also responsible for the false report of an active shooter at Mercy Southwest in August, 2018.

BPD would not comment on the investigation Wednesday, but said during their search, Memorial Hospital staff told officers that Thompson was acting suspicious and did not work at the hospital.

Officers then detained Thompson and he was later arrested for reporting a false emergency and impersonating an officer.

Court records show that Thompson has prior criminal charges, which include robbery and burglary.