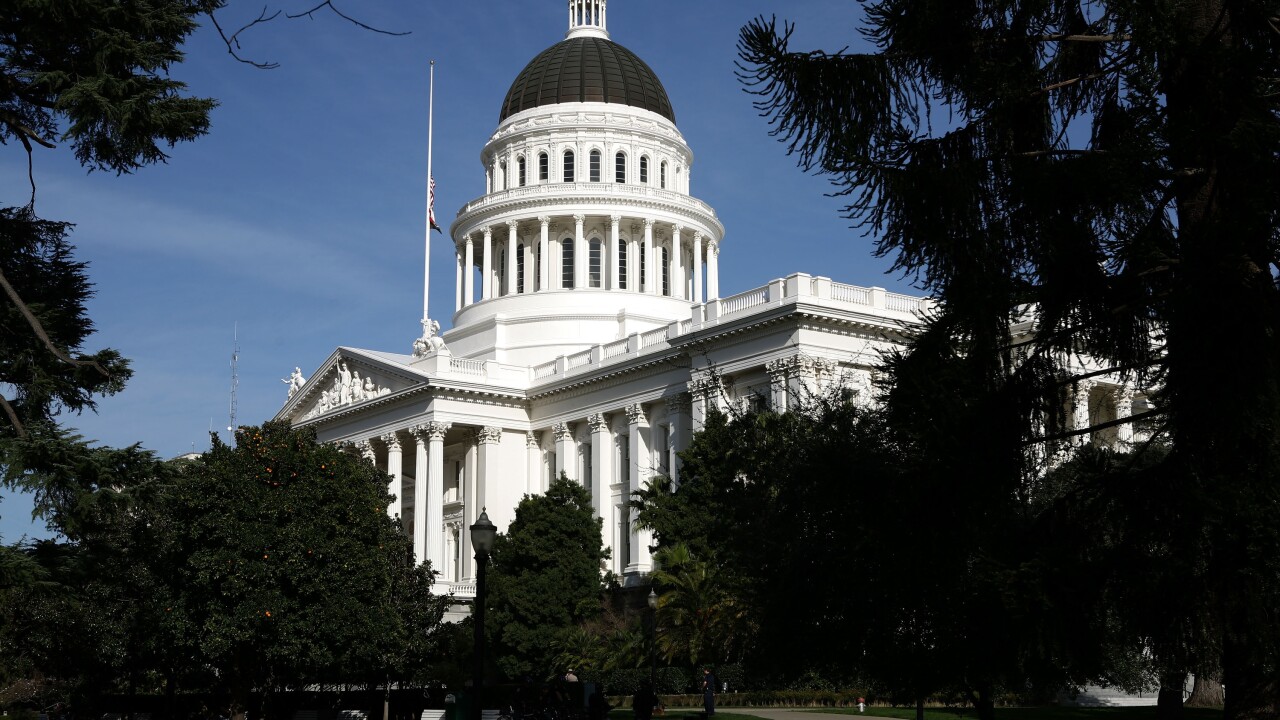 SACRAMENTO, Calif. (AP) — A California woman accused of throwing menstrual blood at legislators was ordered by a judge to stay away from the state Capitol while awaiting trial.

Rebecca Dalelio, 43, did not enter a plea Monday and will return to Sacramento County Superior Court next month to face charges of vandalism and assault on public officials, The Sacramento Bee reported .

Senators had just finished taking a vote Sept. 13 when Dalelio allegedly tossed the blood onto the floor of the Senate from the public gallery, saying: “That's for the dead babies.”

At least six state senators were hit by the cup or the blood and red splatters were visible on some desks and the carpeting. Tests showed the blood did not contain pathogens or infections. Senators had to move their proceedings to a committee room.

The Santa Cruz County resident was among a group protesting vaccination legislation.

Dalelio, dressed in a navy pinstripe suit, did not speak and quickly left the courtroom Monday. She is free on bail.