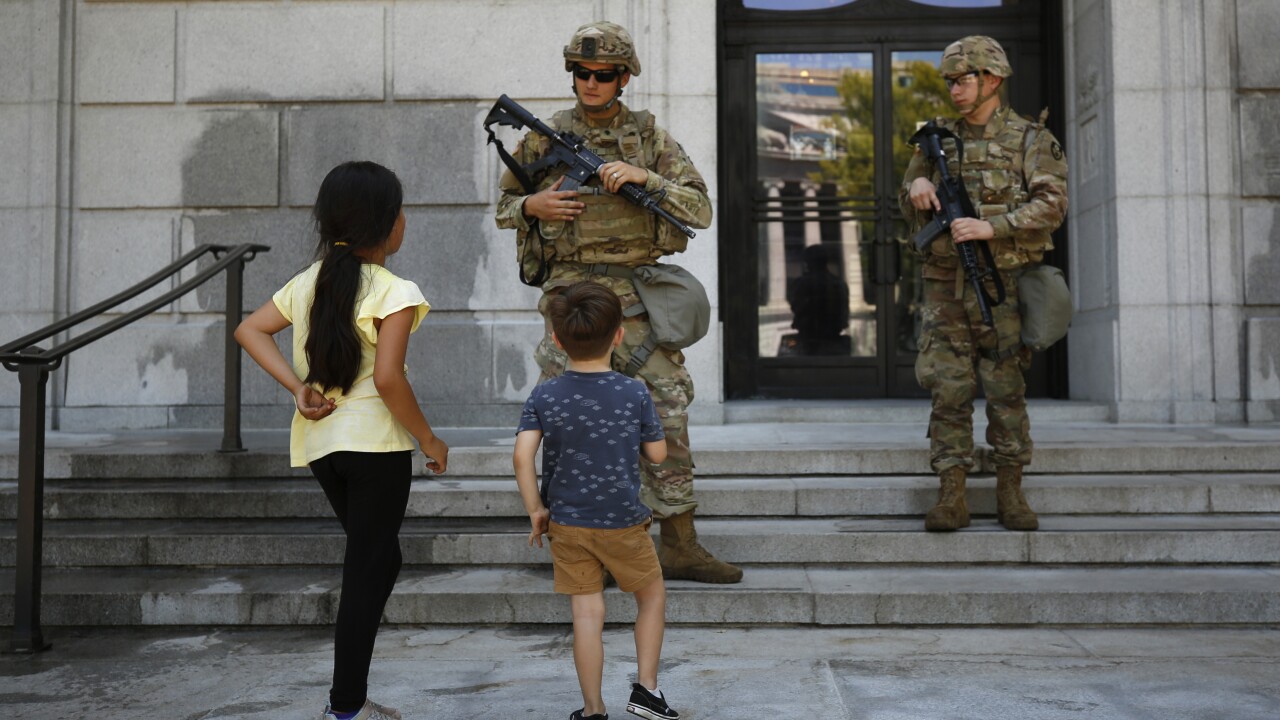 Rich Pedroncelli/AP
Bianca Luna, 6, left, and Elijah Ducey, 3, ask members of the California National Guard if they would like some water, as they stand guard at the Stanley Mosk Library and Courts Building in Sacramento, Calif., Tuesday, June 2, 2020. More than 2,400 members are deployed in several cities to guard infrastructure, freeing up law enforcement officers to respond to incidents like vandalism and looting that occurred during demonstrations sparked by the death of George Floyd, who died after being restrained by Minneapolis police officers on May 25. (AP Photo/Rich Pedroncelli)

More than 2,400 National Guard soldiers toting military assault rifles are on California streets. Authorities say that has allowed police officers to crack down on the rampant vandalism and thievery that scarred the first several days of demonstrations.

While the vast majority of protesters are peaceful, there have been violent clashes with police in Los Angeles, Sacramento, the San Francisco Bay Area and other cities. Police say the troops are not playing a traditional law enforcement role, but are guarding key areas.

Critics have asked for the troops to be recalled, saying additional law enforcement will only further violence against people of color.