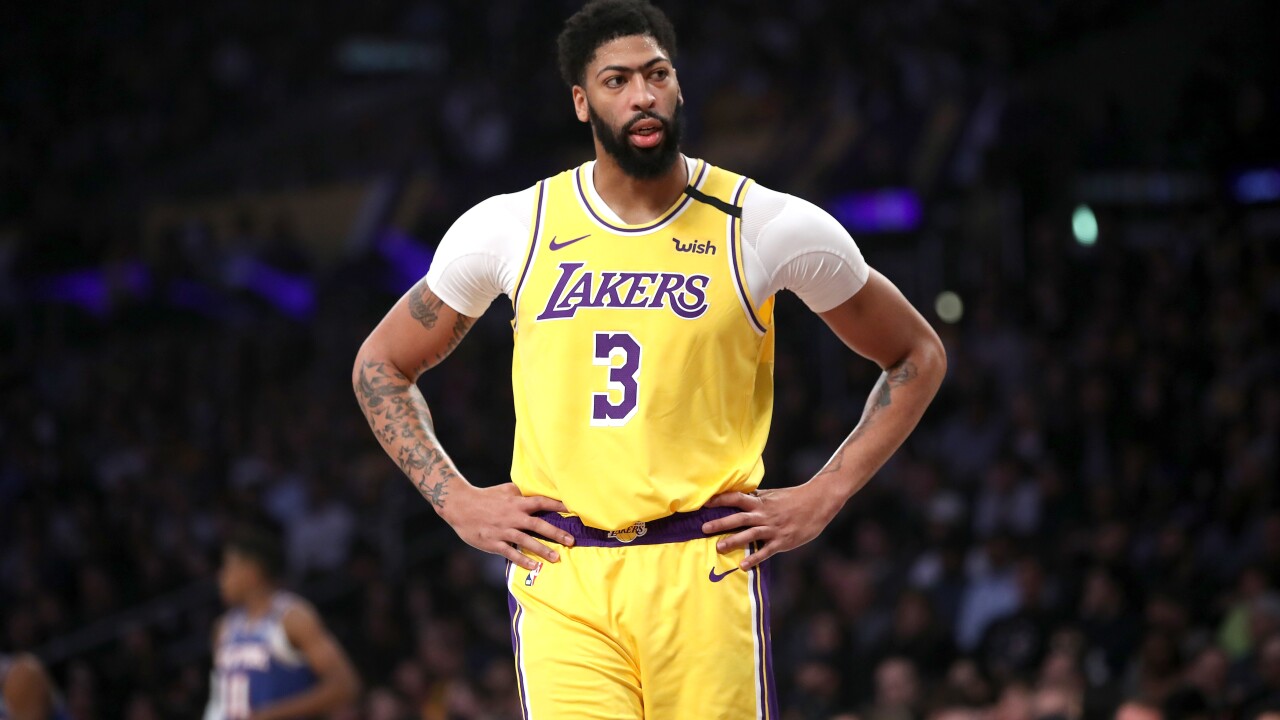 Sean M. Haffey/Getty Images
LOS ANGELES, CALIFORNIA - JANUARY 07: Anthony Davis #3 of the Los Angeles Lakers looks on during the first half of a game against the New York Knicks at Staples Center on January 07, 2020 in Los Angeles, California. NOTE TO USER: User expressly acknowledges and agrees that, by downloading and/or using this photograph, user is consenting to the terms and conditions of the Getty Images License Agreement (Photo by Sean M. Haffey/Getty Images)

DALLAS (AP) — Anthony Davis won't play against Dallas in the opener of a road back-to-back after the Los Angeles Lakers star bruised his buttocks against the New York Knicks.

The team made the announcement several hours before the Lakers played at the Mavericks on Friday night.

Davis was injured on a nasty fall in a 117-87 win over the Knicks in Los Angeles on Tuesday night. An MRI exam showed no major concerns, although Davis was extremely sore.

Davis made the quick two-game trip that wraps up Saturday at Oklahoma City.

Both leading men — LA's LeBron James and 20-year-old Dallas phenom Luka Doncic — will be without their star sidekicks for the final regular-season meeting.

Mavericks forward Kristaps Porzingis has already been ruled out for the final two games of a six-game homestand because of a sore right knee. The 7-foot-3 is missing his sixth straight game and won't play against Philadelphia on Saturday either.

Dallas coach Rick Carlisle has said Porzingis might return during a two-game trip to California next week.