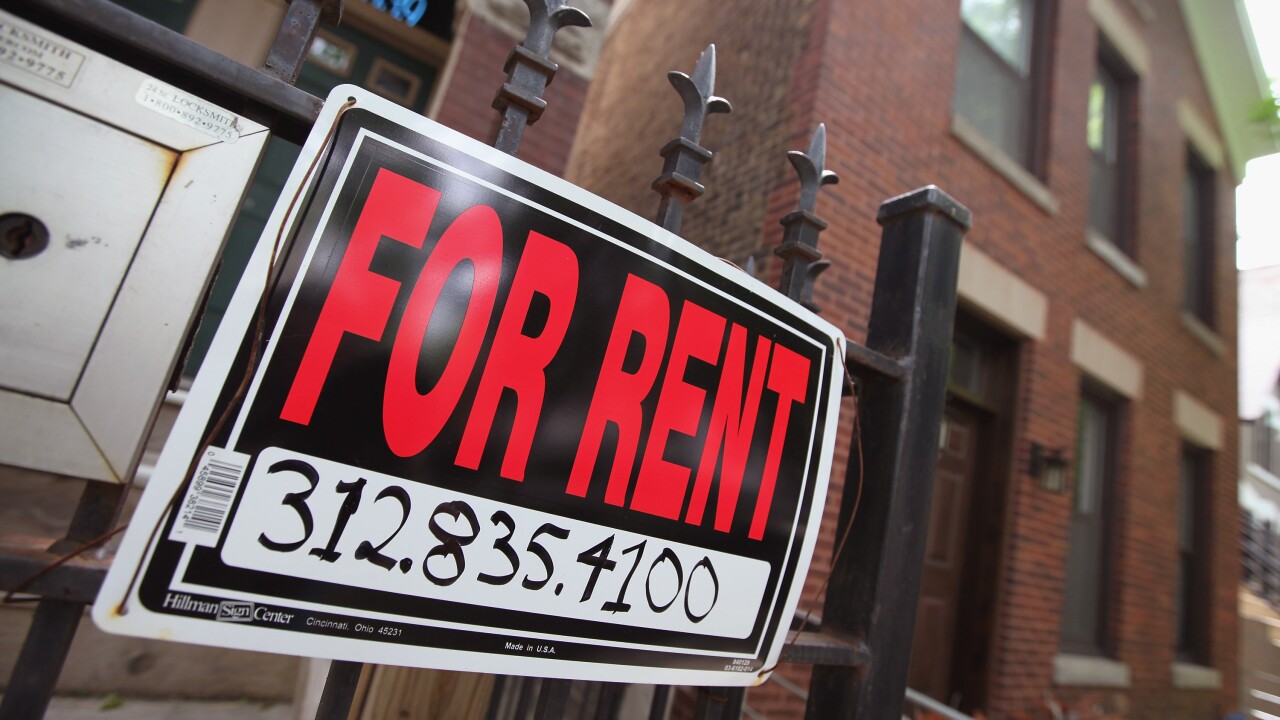 Scott Olson/Getty Images
CHICAGO, IL - MAY 31: A "For Rent" sign stands in front of a house on May 31, 2011 in Chicago, Illinois. According to the Standard & Poor's Case-Shiller Home Price Index home prices fell in March in 18 of the 20 metropolitan areas monitored by the index, reaching their lowest levels since the housing bubble burst in 2006. In Chicago, were nearly 30 percent of homes offered for sale are bank owned, prices have fallen 7.6 percent from a year ago. (Photo by Scott Olson/Getty Images)

Gov. Gavin Newsom signed a law Tuesday that will cap rent increases at 5% each year plus inflation. The bill also bans landlords from evicting tenants without just cause.

Earlier this year Oregon enacted rent caps of 7% plus inflation.

Sasha Graham, board president of the Alliance of Californians for Community Empowerment, said the law would have helped her three years ago when her rent increased 150%. She was later evicted for no reason and was homeless for three years.

But Russell Lowery, executive director of the California Rental Housing Association, said the law will force landlords to increase rents to account for potential costly evictions.

California Gov. Gavin Newsom says he will sign a law limiting rent increases for some people over the next decade as the nation's most populous state continues to struggle with a housing crisis.

Newsom is scheduled to sign a bill into law on Tuesday that will cap rent increases at 5% each year plus inflation. The bill will also ban landlords from evicting tenants without just cause.

There are many exceptions. The law would not apply to housing built within the last 15 years and would exempt single family homes except those owned by corporations or real estate investment trusts. It would not cover owner-occupied duplexes.

The law authored by Democratic Assemblyman David Chiu would take effect Jan. 1 and expires in 2030.