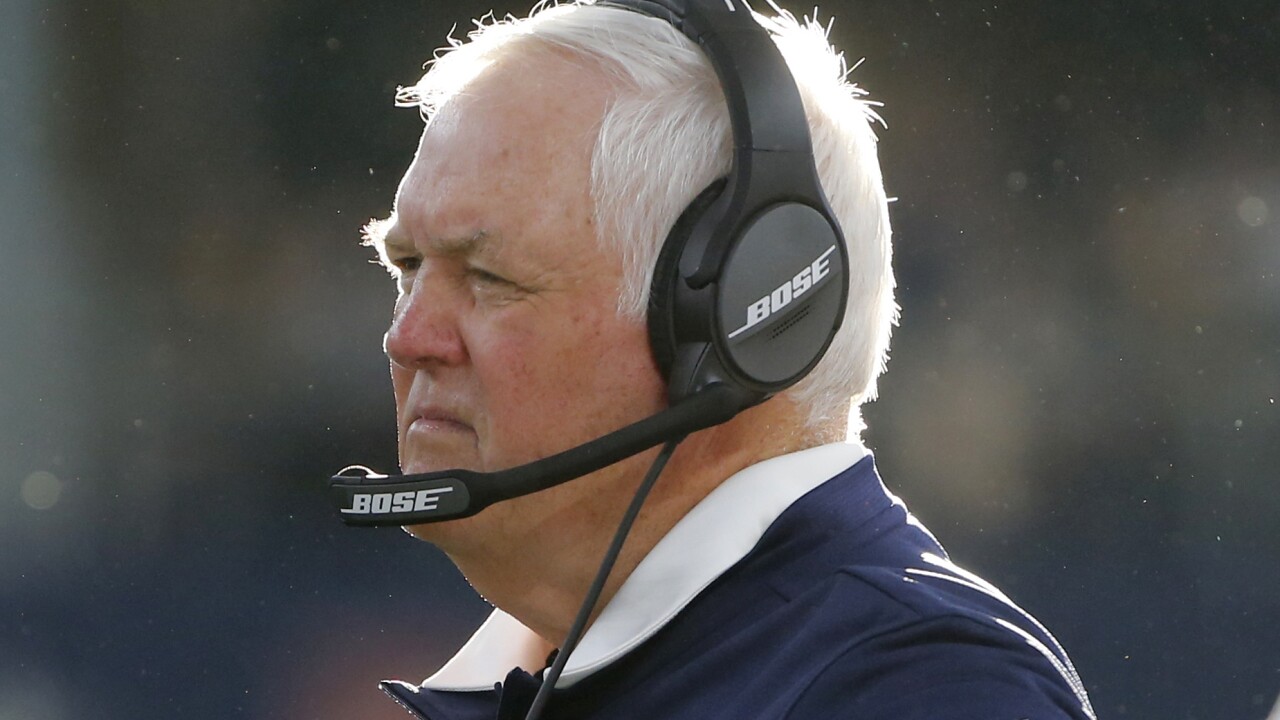 McVay introduced new defensive coordinator Brandon Staley at the Rams' training complex Wednesday, nearly a month after Staley was hired to replace Phillips. The Rams (9-7) finished 13th in the NFL in total defense last season with a unit that over-performed that ranking in many analytical statistics, but Phillips was still dismissed along with a handful of other assistants.

When asked directly, McVay said there “really wasn’t anything in particular” behind his decision to replace a 42-year NFL veteran one year removed from a Super Bowl appearance with a 37-year-old with three years of NFL experience, all as an outside linebackers coach.

“Very excited about what Brandon will add,” McVay said. "His ability to work in unison with our coaching staff that’s currently in place, you look at the foundation that Wade was instrumental in establishing, (and) I think Brandon has done a great job. I’ve really enjoyed sitting in on some of these meetings and watching the collaboration of Brandon’s leadership with the coaches that we’ve had in place.”

Staley is taking a major step up in his career after his brief stints on Vic Fangio's staffs in Chicago and Denver. Just over three years after Staley was the defensive coordinator at Division III school John Carroll, he has taken charge of an NFL defense boasting superstars Aaron Donald and Jalen Ramsey.

Staley's inexperience clearly was no concern for the 34-year-old McVay, who had five years of NFL experience when he became Washington's offensive coordinator at 27 years old. He took over the Rams shortly before he turned 31 — in a package deal with the experienced Phillips as his defensive coordinator.

“When you talk football (with Staley), I’d like to think that I love football as much as anybody, (but) you’re sitting there and you’re thinking, ‘This guy might be sicker than I am,'” McVay said with a laugh.

McVay plans to continue calling the Rams' plays himself, but he is eager to turn over some responsibilities to O'Connell, a former journeyman NFL quarterback who joined Jay Gruden's staff with the Redskins shortly after McVay left it in 2017. McVay's offense has finished in the NFL's top 10 in yards per game in each of his three seasons with the Rams.

“The experience and the success that this offense has had, you really want the players to look at you as an extension of the head coach,” O'Connell said. “You want them to respect you the same way that they respect a head coach that obviously has developed a culture and put together a program here where people want to be a part of it. I was no different. This is a place that when this opportunity came about, you can’t get here fast enough.”

The Rams also hired Thomas Brown as their running backs coach, replacing veteran Skip Peete. Brown, a former NFL running back who has coached only in college, played against McVay during their high school careers.