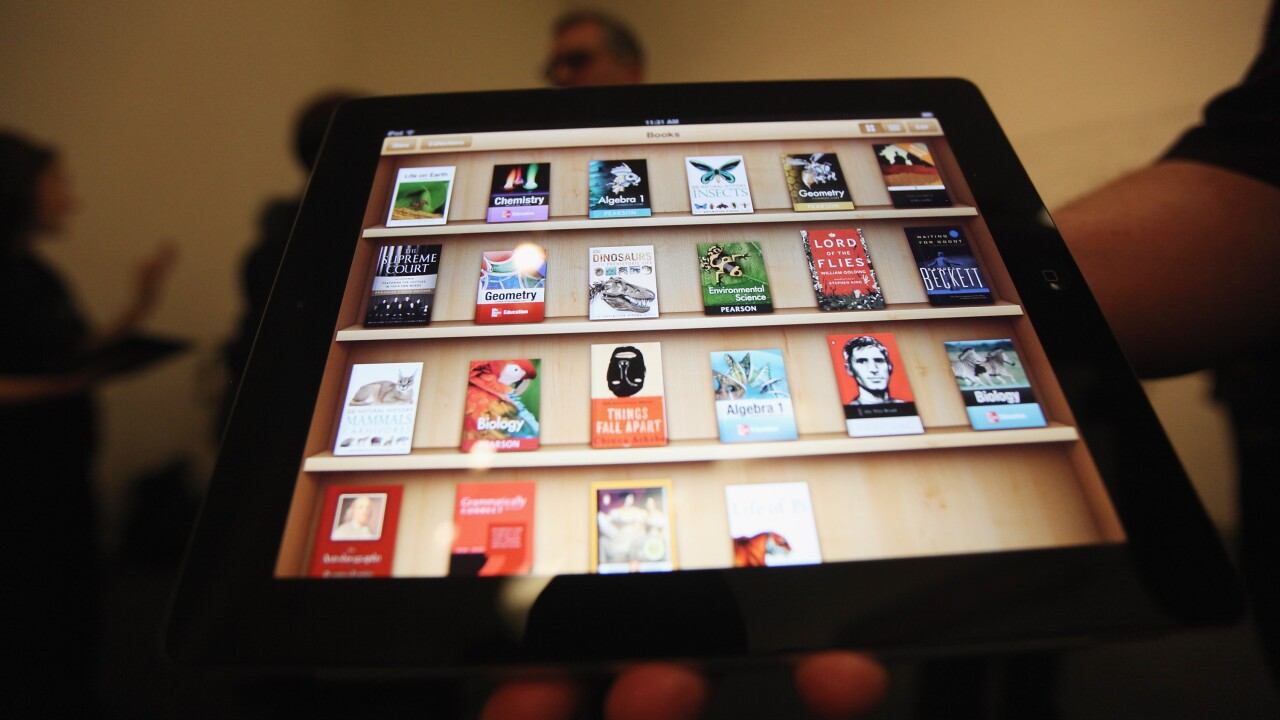 Mario Tama/Getty Images
NEW YORK, NY - JANUARY 19: Apple's new iBooks 2 app is demonstrated for the media on an iPad at an event in the Guggenheim Museum January 19, 2012 in New York City. iBooks 2 is a new free app featuring iPad interactive textbooks. The company also announced iBook Author, an application to create digital textbooks, and iTunes U, an educational app for students and teachers. (Photo by Mario Tama/Getty Images)

5. Where the Crawdads Sing by Delia Owens, narrated by Cassandra Campbell (Penguin Audio)

6. Be Frank with Me: A Novel by Julia Claiborne Johnson, narrated by Tavia Gilbert (HarperAudio)

8. The Giver of Stars: A Novel by Jojo Moyes, narrated by Julia Whelan (Penguin Audio)

1. The Power of Self-Compassion by Laurie J. Cameron, narrated by the author (Audible Original)

3. You Ought to Know Adam Wade by Adam Wade, narrated by the author (Audible Original)

4. Talking to Strangers: What We Should Know About the People We Don’t Know by Malcolm Gladwell, narrated by the author (Hachette Audio)

6. Unfu(asterisk)k Yourself: Get Out of Your Head and into Your Life by Gary John Bishop, narrated by the author (HarperAudio)

7. Awkward: The Science of Why We're Socially Awkward and Why That's Awesome by Ty Tashiro, narrated by George Newbern (HarperAudio)

8. Exactly What to Say: The Magic Words for Influence and Impact by Phil M. Jones, narrated by the author (ListenUp Audiobooks)