Kern Back In Business: Boys and Girls Club of Kern County looking for activity leaders 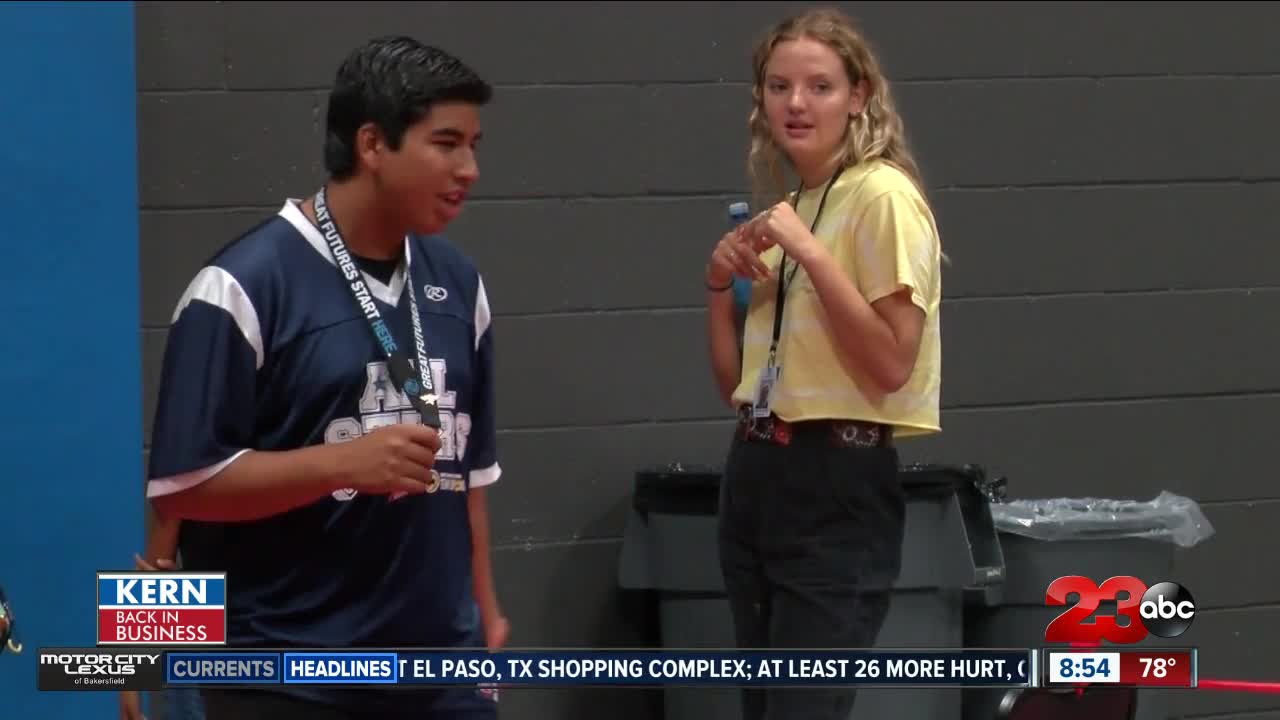 The Boys and Girls Club of Kern County are looking for more activity leaders to be ready for their after-school programs.

BAKERSFIELD, Calif. — The school year is right around the corner, and with it comes after-school activities. The Boys and Girls Club of Kern County is preparing for the upcoming school year by looking to hire activity leaders for their more than 60 locations around Kern County.

“I think it would have been a lot different," said Chatman. "You know growing up my mom and dad both worked. And so I found myself running the streets and you know doing things that I shouldn’t have been doing.”

Chatman said he started as a volunteer 18 years ago. And he goes to work every day to be the change he wishes he had growing up.

In Chatman's nearly two decades with the Boys and Girls Club he said he’s seen a lot of change he’s helped create. He now works with volunteers who used to be campers. He also gets stopped from now grown campers who share lasting memories he was part of.

“He said, ‘My name is Bobby. Do you remember Bobby, little tiny Bobby? And I said, ‘Woah!’ And he just talked about me and him dancing one time on stage and he thought that was the coolest thing ever. And for him to come up and talk to me, he’s like 25 now. And he was like ‘Oh Mr. Henry I remember dancing with you.’ And that shows I was doing something right,” said Chatman.

As the school year picks up again the Boys and Girls Club are looking for more part-time activities leaders like Chatman to help next year’s class of children.

Amanda Garza is the Human resource specialist for the Boys and Girls Club in East Bakersfield. She said, “Being an activity leader you’re a mentor. You’re here for these kids after school to help them with their homework, get to know them, make them feel useful.”

Garza said their ideal candidates are college-age students who have the ability to work part-time and are planning on going into a field like education after they graduate, where they would work with children.

Garza said there’s over 60 Boys and Girls Clubs in Kern County. And if they don’t fill all their activity leader positions, that could leave students behind.

“If an activity leader doesn’t show up for the day, there’s twenty students left without a mentor," said Garza. "Like wondering what they were going to do that day. Left to be split into two classes and two different activity leaders.”

Garza continued, “If you have a passion to work with kids, then we will give you all of the training and tools and materials that you will need to be successful.”

An applicant can either apply online at www.bgclubsofkerncounty.org/careers or in person at one of their clubs.

If you would like to work with children and help make a difference in the community Chatman said there’s one characteristic you need.

“All about positivity for the kids you know," said Chatman. "They need that in the community. They get a lot of negative at school and with their friends and so, positivity. A positive attitude, you know openness to make an impact on a child’s life is what we need.”

If you would like more information about how you can apply for a job at the boys and girls clubs or if you’re interested in becoming a club member visit their website.