Kern Back In Business: Military looking for summer recruits 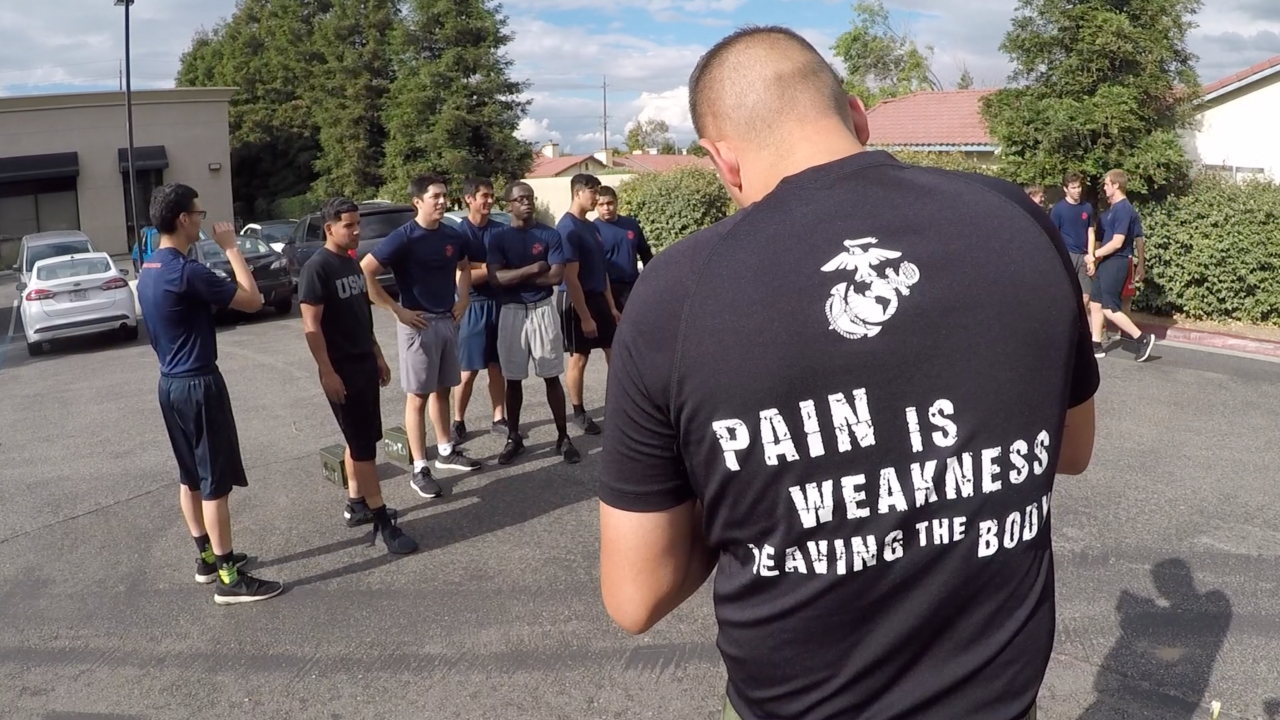 BAKERSFIELD, Calif. — The U.S. Marines and the U.S. Navy recruiters are looking for teenagers who might not be sure of what to do this summer. They said they have extra workout plans to get future marines and sailors prepared for the basic train. Any teen to young adult interested in joining the armed services is welcome to join.

"Always faithful" and "Always strong, always courageous". Those are the mottos of the U.S. Marines and U.S. Navy. And this summer they along with the other branches of the military are looking for new recruits to join their ranks.

While Petty Officer Rafael Lara, who's a U.S. Navy recruiter, added, “We tell them to join the Navy, travel the world. You know get on a ship and see the world.”

Both recruiters said they spend a lot of time in Kern County high schools during the school year. But now that school is out for the summer they offer extra workouts and other events this summer to get more potential recruits off the streets and into their office.

“Students are out," said PO Lara, "we go to the local parks, we set up events at the Rabobank. We’re at Target, Walmart, we’re just out at the community."

And on the U.S. Marine's side, SSgt. Bolanos said, “Have the recruiter meet their family more, have them be more involved. And once every three months we try to have a barbecue, where we invite the families and get everyone together.”

Both the Marines and the Navy host group workouts on Tuesdays and Thursdays afternoons. Gabriel Wedeking and Cody Lopardo are two Marine recruits who attend workouts at the U.S. Marine’s recruiting office off Panama Lane. They said these workouts have helped them prepare for basic training.

Wedeking said, “I’ve been getting a lot better. My first run time was 16:47 mile and a half. My best run time was 12:39. So I’ve made a lot of improvements. Same with pull-ups, I started with just hanging on the bar to getting four.”

Lopardo said about his progression, “Just kind of helping me push through a lot of the mental boundaries like where you feel like you’re just going to give up, it helps me kind of push through it. So mental toughness was the biggest thing that’s helped me out with.”

Wedeking and Lopardo said they hope the U.S. Marines will help them with their career. While Wedeking said he wants to join first then see where it takes him, Lopardo said he’s interested in serving his community after serving his country.

Lopardo said, “I’m looking at B.C. I’m going to be doing the EMT program and then starting my firefighter academy, so I can get on to either city or county fire department.”

In the U.S. Navy recruitment office, Ryan Wilburn is preparing for his five-year enlistment. He said he’s going to work as a diesel engineer when he’s deployed next week. And that’s a field he hopes to continue to work in beyond his deployment.

“All of it. I like tearing stuff apart, fixing it, putting it back together. I’ve always like doing that,” said Wilburn.

If you are a recent graduate over 18 and you're not sure if college or a career is your next step, SSgt. Bolanos said a military recruit is a good person to talk to.

“They talk to a recruiter," said SSgt. Bolanos. "Their recruiter asks them a couple of basic screener questions to see if they’re eligible to join the marines. After that, not everyone knows they want to be a marine right off the bat. So we invite them to workout. After a few workouts they start realizing that this is what they want to do, this is a career they want to pursue. So once they know for sure, we’ll start the next step and the process of becoming a United States Marine.”

PO Lara said the process is the same for the U.S. Navy as the U.S. Marines. Prospective recruits can visit their office off Mall View Road near the AT&T store and see if they’d be a good fit.

If you do choose to join the Marines or the Navy, Lopardo and Wilburn have these suggestions.

“Figure out stuff that can put you here," said Lopardo. "Because, I’ve been making that mistake of not being here, which set back my run and my crunches. So I just need to start making time to be here.”

“They need to implement the point of study a little more," said Wilburn. "Because studying is a big factor in boot camp. Because that’s all you’re doing when you’re eating chow or have any free time.”