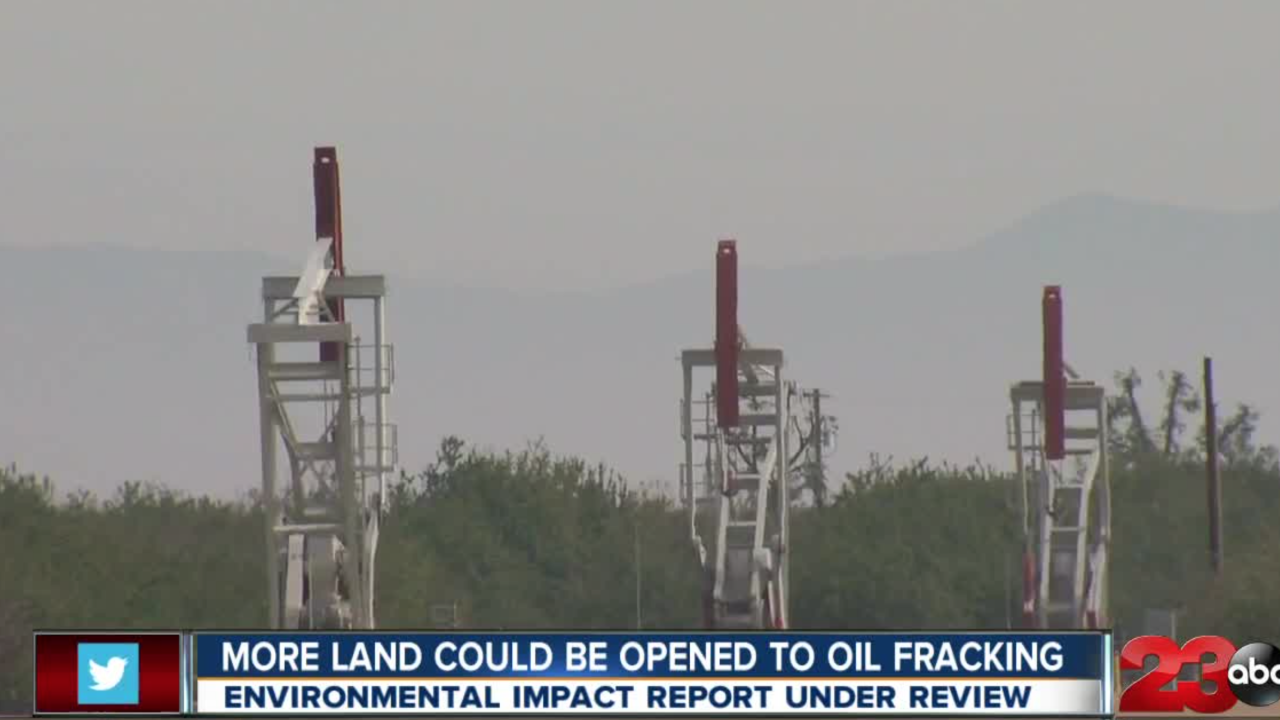 BAKERSFIELD, CA. — According to a new scoping report, the Bureau of Land Management has 400,000 acres of surface estate within the Bakersfield office that is open for oil leasing.

This could mean more oil fracking in Kern County's future. But before the land is leased, BLM must complete an environmental review process.

They held a public comment period to get feedback about the public's concerns regarding hydraulic fracturing as part of their analysis.

Officials say they were flooded with over 8,000 comments from people. Some of those comments voicing concerns with air quality, water quality and wildlife habitat.

But BLM officials said a majority of the comments from the Kern County residents were positive. They said they did got a lot of negative push-back was from environmental groups.

The Center for Biological Diversity pushed back on the scoping report released Thursday. Officials with the environmental organization said the report from the Bureau of Land Management is being rushed and does not adequately show the risk and harm fracking has on the community.