23ABC's Tori Cooper was invited to participate in the Bakersfield Police Department's lethal force training where she had to decide for herself whether to shoot or not. 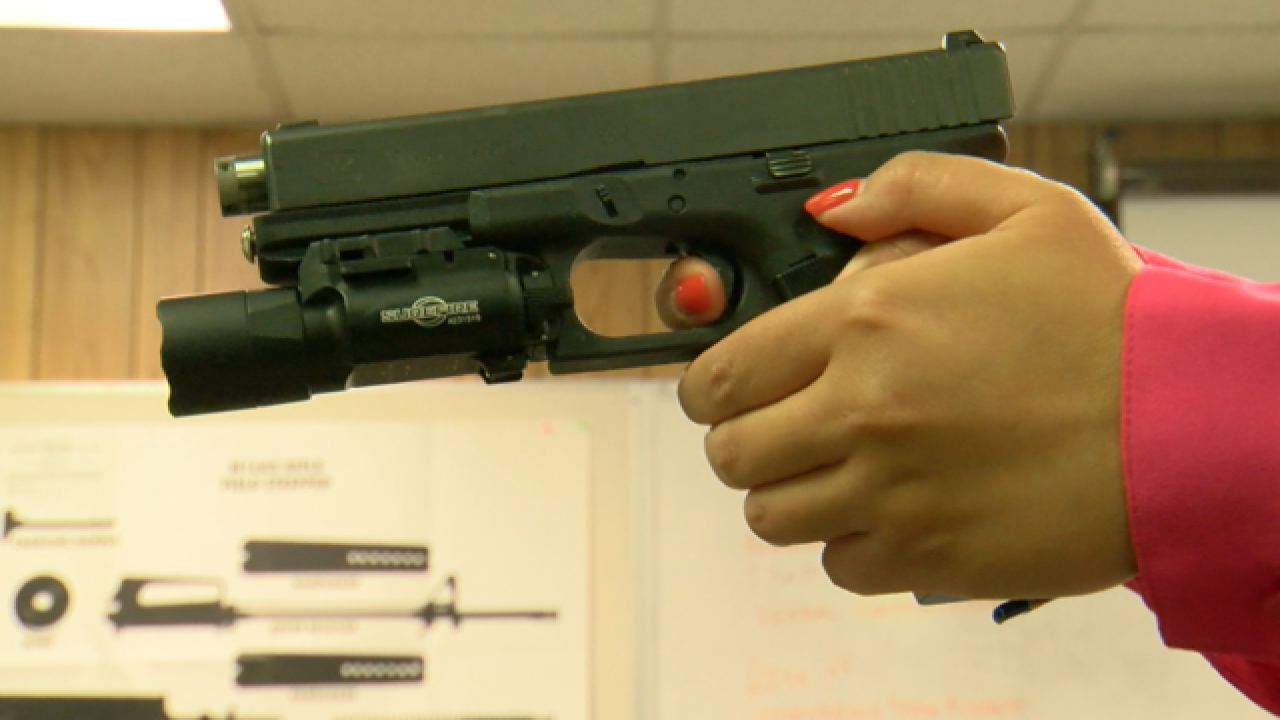 It isn’t real life but it certainly feels like it for most. It’s a training exercise meant to raise an officers heart rate and stress levels so that they can act poised when it comes time to answer one questions, shoot or don’t shoot.

Public Information Officer for The Bakersfield Police Department Sgt. Nathan McCauley said, "The goal is to get them as many experiences and as much training as possible, to where they can hopefully make the best decisions when they face any of these situations in real life.”

Sgt. McCauley said they have hundreds of different scenarios included in their lethal force simulation training program. It's a program BPD officers run through quarterly and it is worth hundreds of thousands of dollars in funding.

According to Sgt. McCauley without funding for the police, programs like this don’t exist in the department, “If you want to change the training and change the operation of your police force, making sure that you are providing them with the resources to implement additional training and different practices is important. Taking those away and then expecting change is not always the best course of action to find meaningful positive change.”

The program is designed to test officers decision making when it comes to lethal force and the department invited 23ABC News to answer that question. We traded out our cameras and microphones for a police officer waste band with a gun and in seconds our reporter Tori Cooper was dispatched to a school for a silent burglary alarm.

Cooper fired two shots at a man she believed was the suspect fleeing on foot after attempting to burglarize a school and seconds later a foot pursuit turned lethal.

“When you were chasing him and your running after him and you said I’m going to shoot you in the foot, that would absolutely be a no go..” Sgt. McCauley told Cooper after she failed the simulation.

Not only did Cooper think it was ok to fire at a suspect fleeing but she didn’t consider a vehicle in the background that may have been occupied by civilians when she fired the second bullet into thin air.

BPD said they base several of these scenarios off of previous officer involved shootings and more.

However, officers are also required to study vigorous case laws and go through several other trainings with their firearm for a whole year before they ever use their weapon in a real life scenario. Sgt. McCauley said, “And even after a year from when they finish the academy they are still on probation and you can be terminated at any point in time.”

The Police Department said that they know everyone is asking for changes in use of force in departments across the country. However, they said it starts with making sure they can produce quality officers by training them properly.