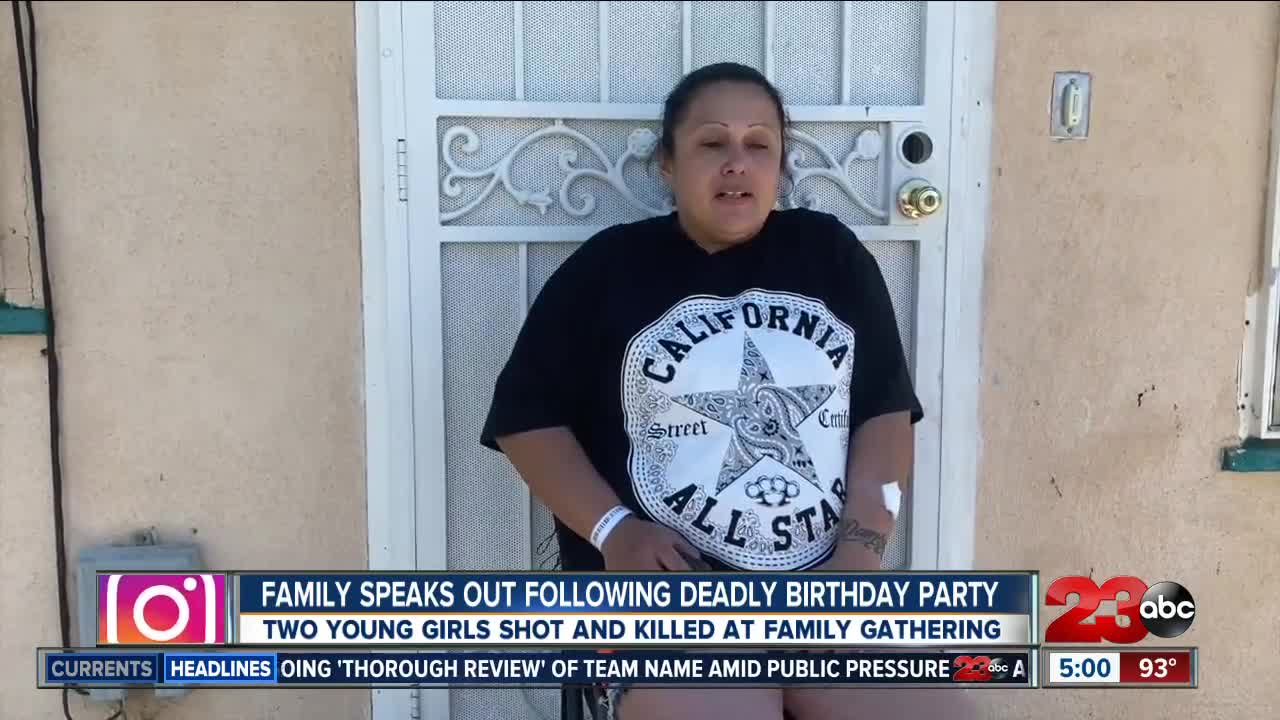 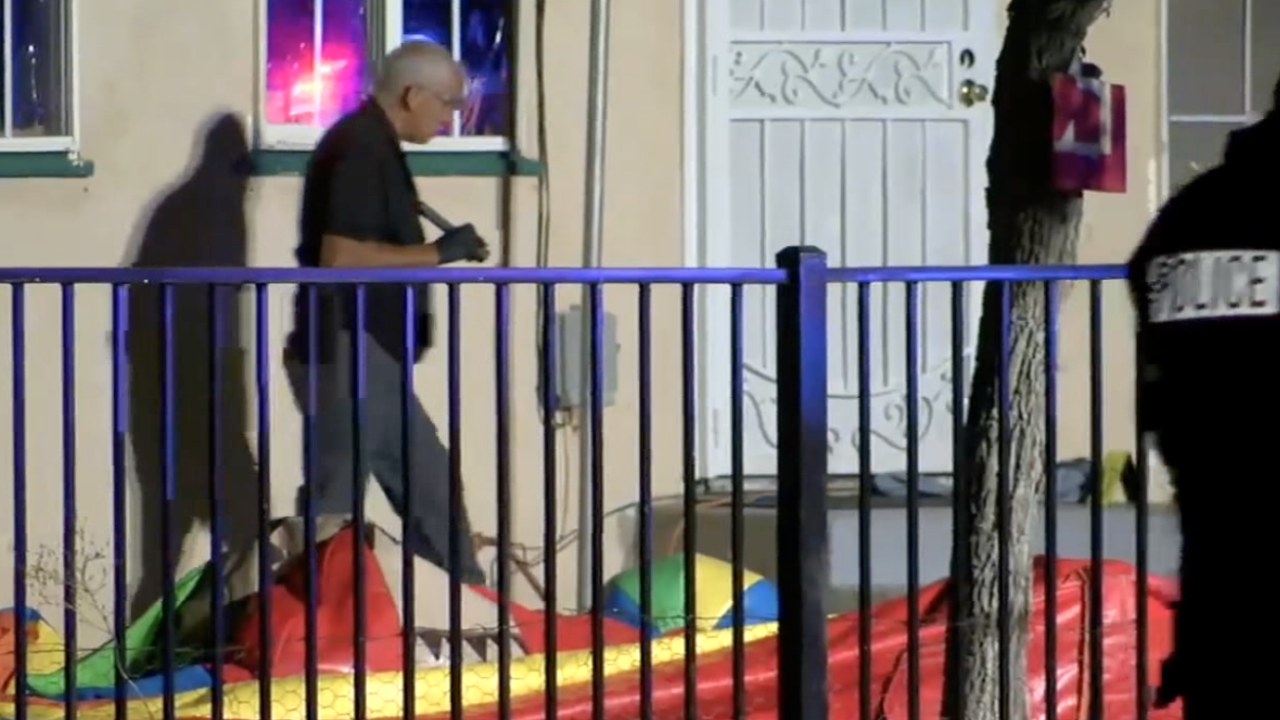 BAKERSFIELD, Calif. — On Friday 23ABC News followed up on the shooting that left two little girls dead and three other people wounded in Delano Thursday night.

Anabell Aguilar said she was hosting a birthday party for her son in her quiet Delano neighborhood Thursday afternoon.

“We were all here in the water slide just having fun.”

However, Aguilar said in a matter of minutes the birthday celebration turned deadly on her Olander Street in Delano.

“I came out the water slide. I was standing near my gate and I just got shot."

According to the Delano Police Department, Aguilar is one of five people who were at the house who were shot. Aguilar was still visibly wounded by the gunshot to her leg when 23ABC News arrived to talk to her Friday. However, she said nothing hurts worse than knowing she will never see her 12-year-old niece Elayna Saidee Dorig again.

“My little niece was on the floor right here exactly where I’m sitting and it was horrible! It was a horrible thing.”

Aguilar and family members lit 12 candles for Elayna on the doorstep where she died to represent the light of the 12 years she lived after surviving her mothers pregnancy complications.

However, Aguilar said little Elayna was not the only little girl she was babysitting and lost in the shooting. According to Aguilar, her best friend's daughter, 11-year-old Kayla, was also shot and killed in her front yard at the birthday party.

“The little girl, my friend's little girl, was the only one who was not related but she’s like my sister. I have known her for more than 30 years.”

Aguilar and the family said they have no idea who is responsible.

Delano Police also said there is no suspect information and they believe this may be gang-related.

“My response to that is it’s not gang-related.”

As of now, Aguilar is recovering as are the other two people who were also shot. Aguilar said she will miss everything about Kayla and her niece Elayna.

“Their smiley faces they were so lovable.”

Aguilar said she is absolutely devastated that two little girls that she was babysitting and loved dearly were shot and killed in her front yard.