Public Health: "I’m not comfortable saying that we're 100 percent sure that we aren’t duplicating any cases." 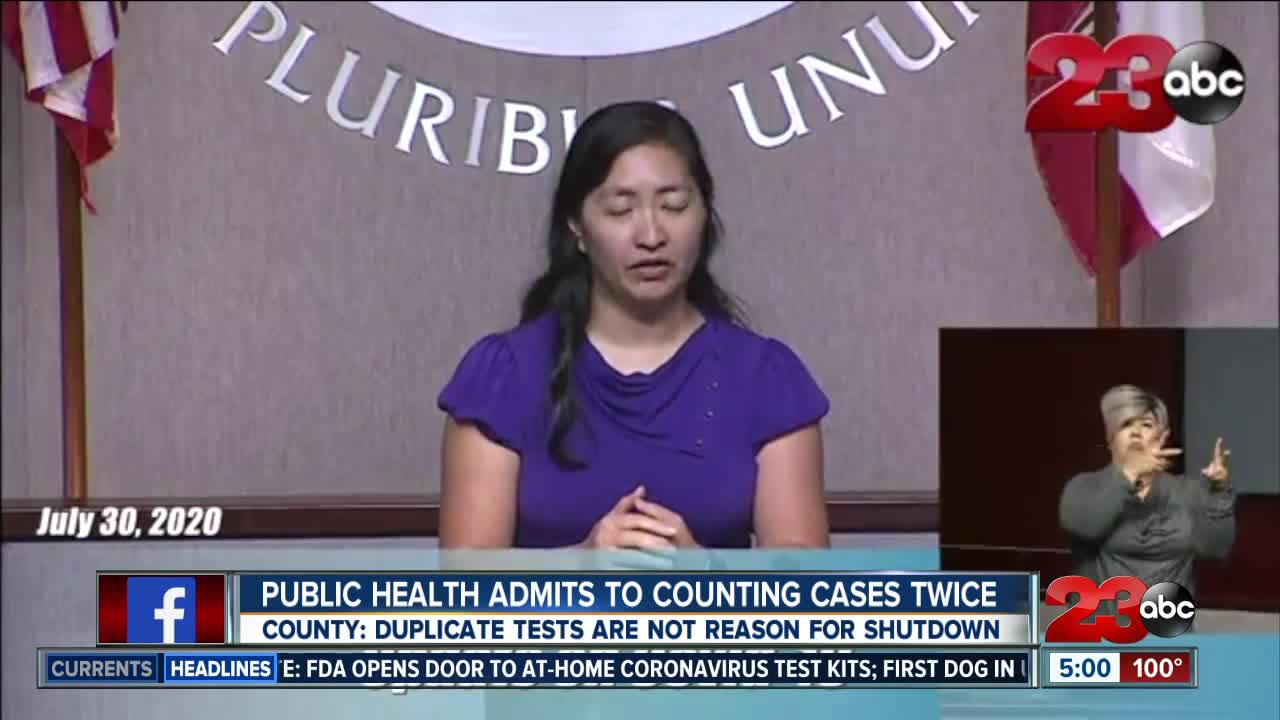 BAKERSFIELD, Calif. — Over the past two days 23ABC News has been pushing for answers from Kern County Public Health about whether COVID-19 numbers that are reported daily are completely accurate and on Thursday officials said they can’t be 100 percent sure.

During the press briefing Thursday is when 23ABC News asked public health if they were 100 percent sure that no one is getting double counted for positive COVID-19 tests.

"That answer would be no…we do get cases that we hear that their addresses are mismatched, they’ve been counted in another county, they were tested and are in another county and we are still waiting for that information to flow through so I’m not comfortable saying that we're 100 percent sure that we aren’t duplicating any cases,” Kern County Public Health Department lead Epidemiologist, Kim Hernandez said.

However, Hernandez said staff is doing everything they can on the back end to spot the errors and avoid duplications.

“So that we don’t have to take them off or move them around,”Hernandez said.

Unlike before, public health did admit Thursday morning that they have had to go back and subtract some people from the total number of cases after they realized they counted that person more than once.

“But there are times when we learn about it later and then we do have to reconcile the information," Hernandez said.

However, this is still causing many to wonder about how accurate our numbers truly are. Many local businesses are now asking 23ABC News if Kern County should still be on the state monitoring list considering there have been counting problems and incomplete reporting issues taking place, that many believe is now skewing our data.

23ABC News also asked the county if we should contribute our high number of cases to why our businesses are now shut down due to the county being on the monitoring list.

Kern County Chief Administrative Officer, Ryan Alsop responded by saying, "The data and duplication that you are asking about is not a reason we are on the states monitoring list.”

However, a few moments later Alsop went on to discuss the three criteria that the state uses to determine which counties get put on the list, one of them which includes positive cases.

“The states monitoring list is really focused on case rate, testing positivity rate and hospitalization, those are really the three areas of focus."

Despite counting some cases more than once Alsop still stands by his original statement that the increase in numbers is not one of the reasons why we are shutdown in Kern County.

“Is not contributing to keeping us on the watchlist…”