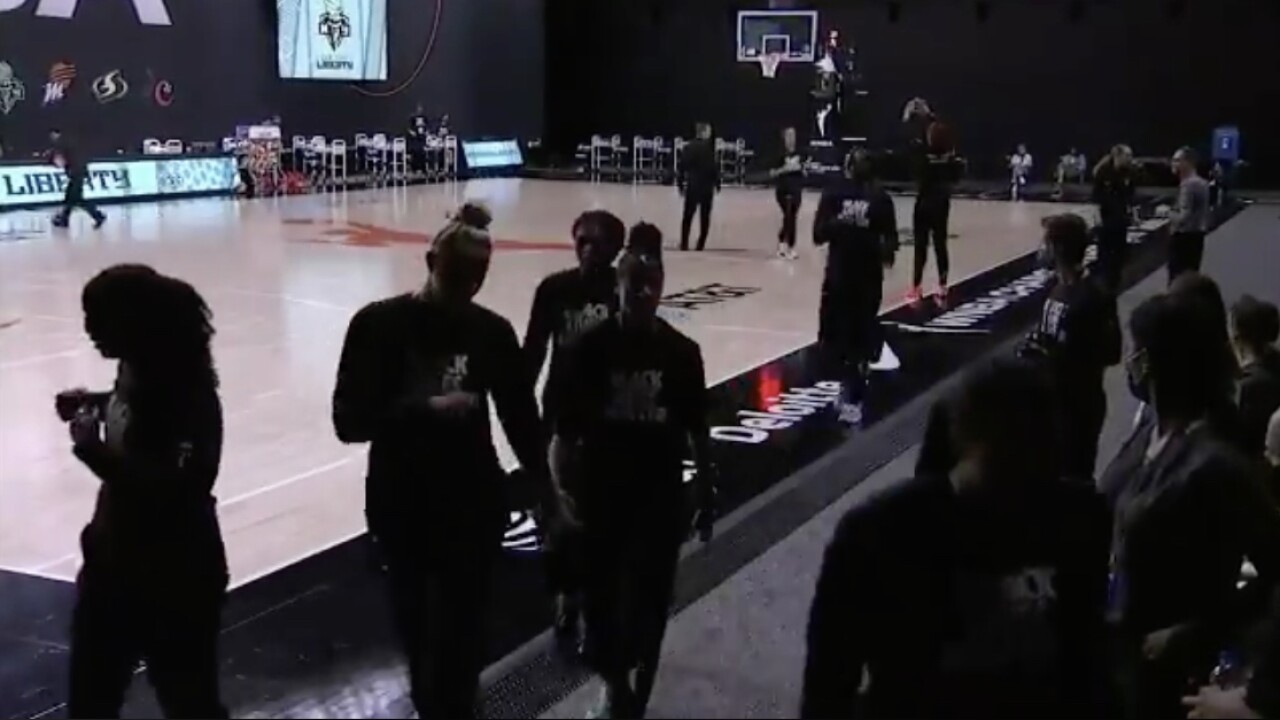 FLORIDA — The New York Liberty and Seattle Storm made a statement before tipping off the WNBA season on Saturday according to ESPN.

Both teams left the court during the national anthem as a sign of peaceful protest and held a 26-second moment of silence for Breonna Taylor, the 26-year-old black woman who was killed at her home by Louisville police. Each player also had Taylor’s name on the back of their jerseys.

“We are dedicating this season to Breonna Taylor, an outstanding EMT who was murdered over 130 days ago in her home,” Liberty player Layshia Clarendon announced at mid-court, alongside Storm star Breanna Stewart, before the opening tip-off at IMG Academy in Bradenton, Fla.

“Breonna Taylor was dedicated and committed to uplifting everyone around here. We are also dedicating this season to ‘Say Her Name” campaign, a campaign committed to saying the names and fighting for justice of black women – black women are so often forgotten in this fight for justice, who don’t have people marching in the streets for them. We will say her name. Sandra Bland. Atatiana Jefferson. Dominique Remy Fells. Breonna Taylor. We will be a voice for the voiceless.”

The Liberty donated $25,000 to the African American Policy Forum and the #SayHerName campaign.

The players’ decision to leave during the national anthem comes on the heels of many MLB players, including the Yankees, kneeling before the anthem in recent days, according to the NY post.