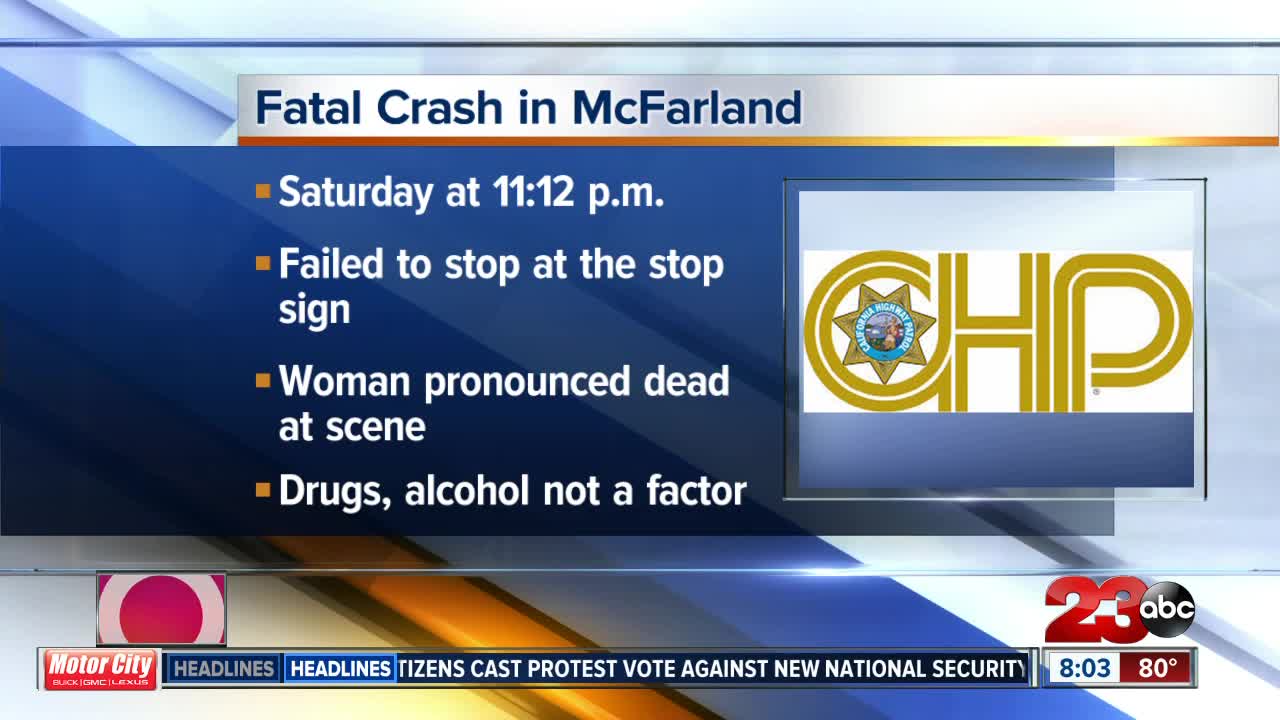 BAKERSFIELD, Calif. — A crash in a remote area of McFarland has left one woman dead and another suffering from major injuries on Saturday night.

The California Highway Patrol said the crash happened just after 11 p.m. Saturday at the intersection of Pond and Melcher roads.

A 23-year-old woman traveling northbound on Melcher Road failed to stop at the stop sign and struck another woman driving westbound on Pond.

The westbound traveling vehicle broadsided the other car causing her to hit a power pole and the woman was pinned into her vehicle. She was then later pronounced dead at the scene.

However, the 23-year-old was taken to a local hospital with major injuries.

CHP said drugs and alcohol were not a factor.