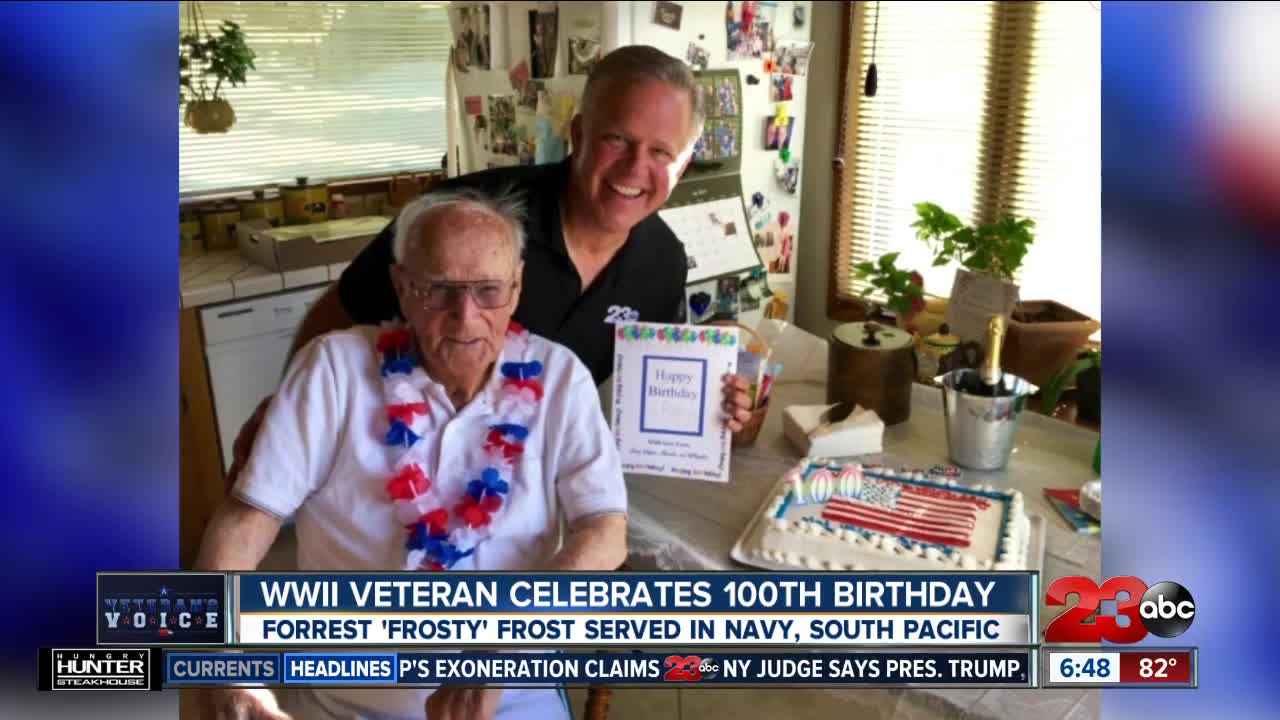 GROVER BEACH, Calif. — Listen to 'A Veteran's Voice' celebrating 100 years of life. But in his world, time seems to stand still. Forrest 'Frosty' Frost marked a century of life with a party at his Grover Beach home. Surrounded by family, friends and 150 clocks. Some much older than he is. But his internal clock is still going strong.

Frosty's last big party was more than 70-years ago following his service in WWII. Forrest was the chief engineer aboard the USS YOG 76, a fuel tanker that supplied troops, ships and planes with fuel during the war in the Pacific. His floating fuel barge was present at battles including Tinian, Saipan and Iwo Jima.

When he was discharged, Frosty returned to the west coast and found a career with Shell Oil. It was a job that brought him to Bakersfield for 35 years. It was during this time he was reunited with another veteran, famed aviator Lt. Col. James Doolittle, who led the raid on Japan after Pearl Harbor.

Frosty has outlived his entire crew from the YOG 76, but still keeps in touch with some of their children. He also took part in the September 2013 Honor Flight to Washington, DC, where he took in the memorials.

His stories and memories still strong in his mind, just like Frosty. A century of life with more still to come as this old veteran keeps on ticking!