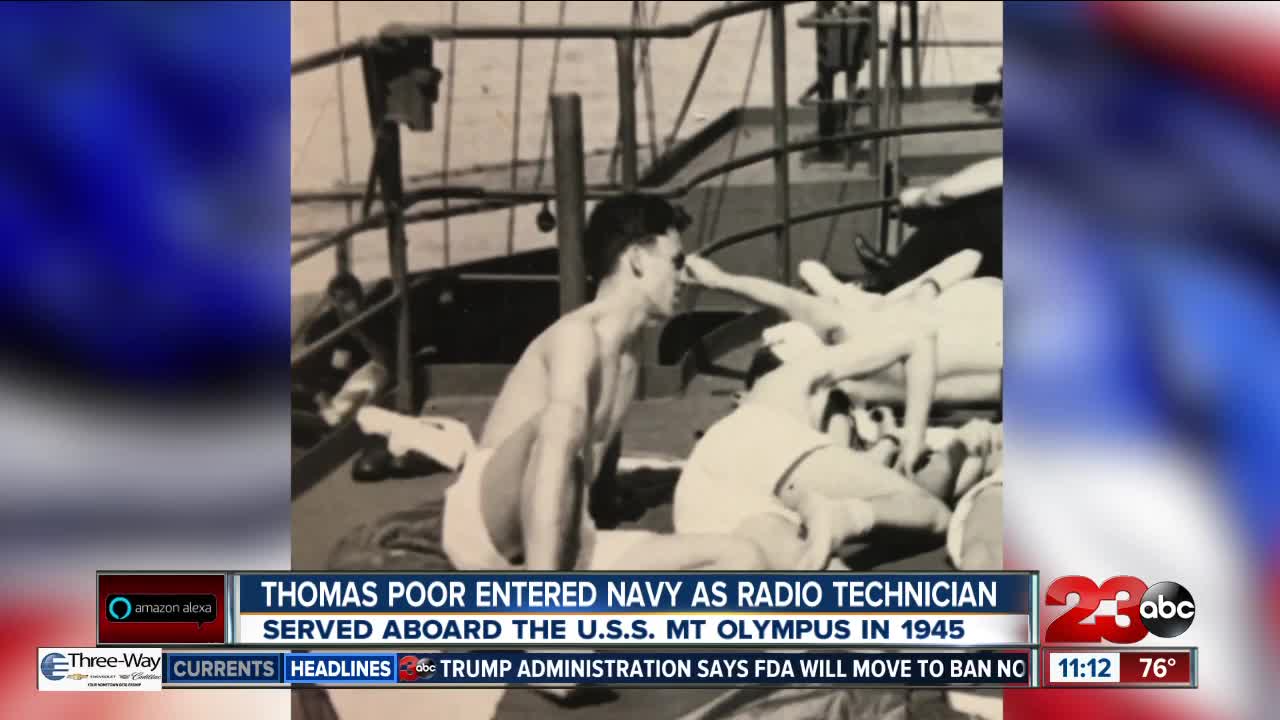 BAKERSFIELD, Calif. — Thomas Poor enlisted in the Navy in 1944 and wanted to work with the latest high tech equipment... radios! The technology had expanded into radar and sonar, but Thomas had a love for communicating.

Following his training, he shipped out for Hawaii and his assignment aboard the USS Mt Olympus, a command ship that was damaged in the battle of Leyte Gulf. "It was a toy box with the newest staff there is," said Poor, "a huge room, with 32 technicians on board."

When the Olympus arrived in Manila in 1945, the US was preparing for an invasion of the Japanese mainland. But Poor said the mood on board was loose, filled with laughter as they waited for the order.

The invasion never happened, as two atomic bombs ended the war, and the 3rd Amphibious Force, led by the Mt. Olympus, sailed into Tokyo By to witness the surrender by the Japanese.

There were some memorable moments on board the ship, like when Thomas sat in on a game of 'Bridge' with Navy Admiral Richard Byrd, who would take over the Mt. Olympus a few years later for his Antarctic expedition. And the time Thomas traded a radio for a couple of motorcycles.

Today, you can find the 93-yr old veteran at Communication Enterprises, a company he founded in 1951, unless it's a Wednesday, when he's chatting with friends out on the golf course.