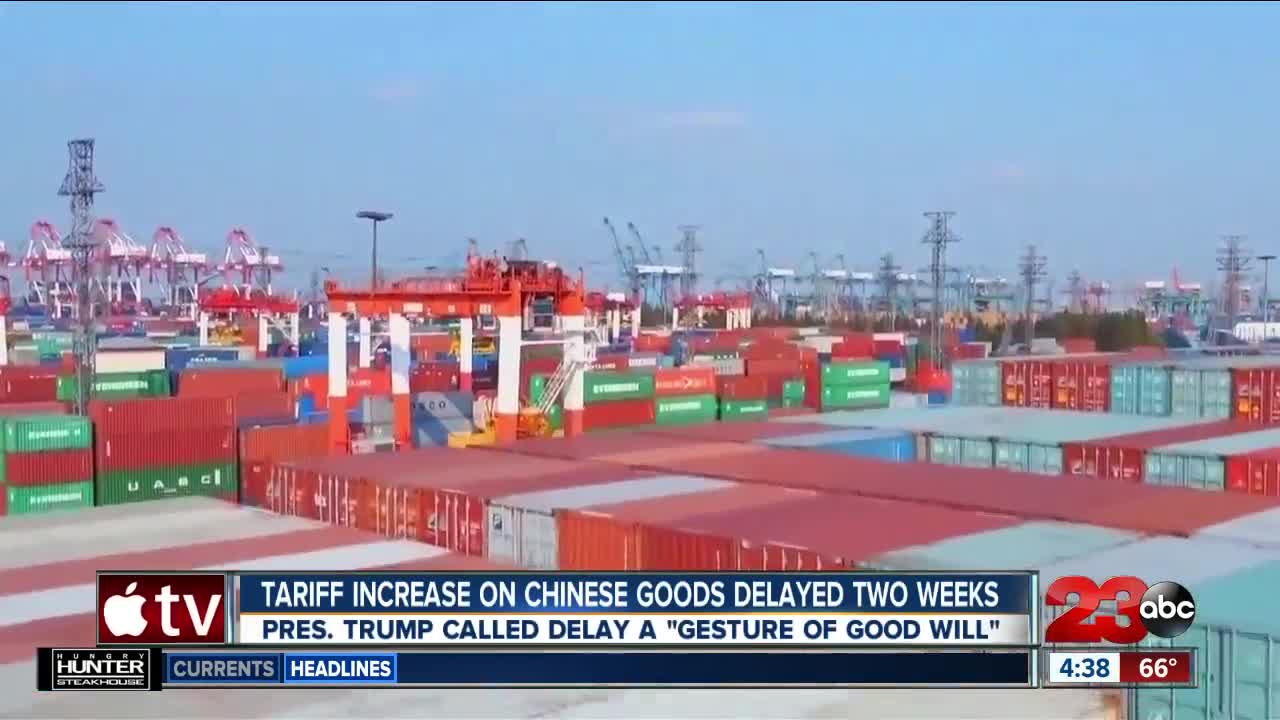 President Donald Trump said Wednesday the United States has agreed to delay increasing tariffs on $250 billion worth of Chinese imports. Plus, there is a renewed push for action on the United States-Mexico-Canada Agreement.

President Donald Trump said Wednesday the United States has agreed to delay increasing tariffs on $250 billion worth of Chinese imports from October 1st to the 15th as a "gesture of goodwill."

Chinese trade deputies are expected to meet with their U.S. counterparts this month in Washington, D.C. before minister-level meetings in early October. The delay could enable talks to take place before the increased tariffs kick in. The world's two largest economies imposed fresh tariffs on each other on September 3rd, ratcheting up a tariff war that has some fearing a global recession.

There is a renewed push for action on the United States-Mexico-Canada agreement so the trade pact can take effect before the end of the year. That's according to Senate Finance Chairman Charles Grassley on Tuesday.

Farm groups, Republicans in Congress, and members of the Trump cabinet turned up the volume this week in urging a House vote. Agriculture Secretary Sonny Perdue posted at least five tweets in support of USMCA on Tuesday. Farm groups and lawmakers including House Agriculture Chairman Collin Peterson plan to rally for USMCA Thursday at the foot of Capitol Hill.