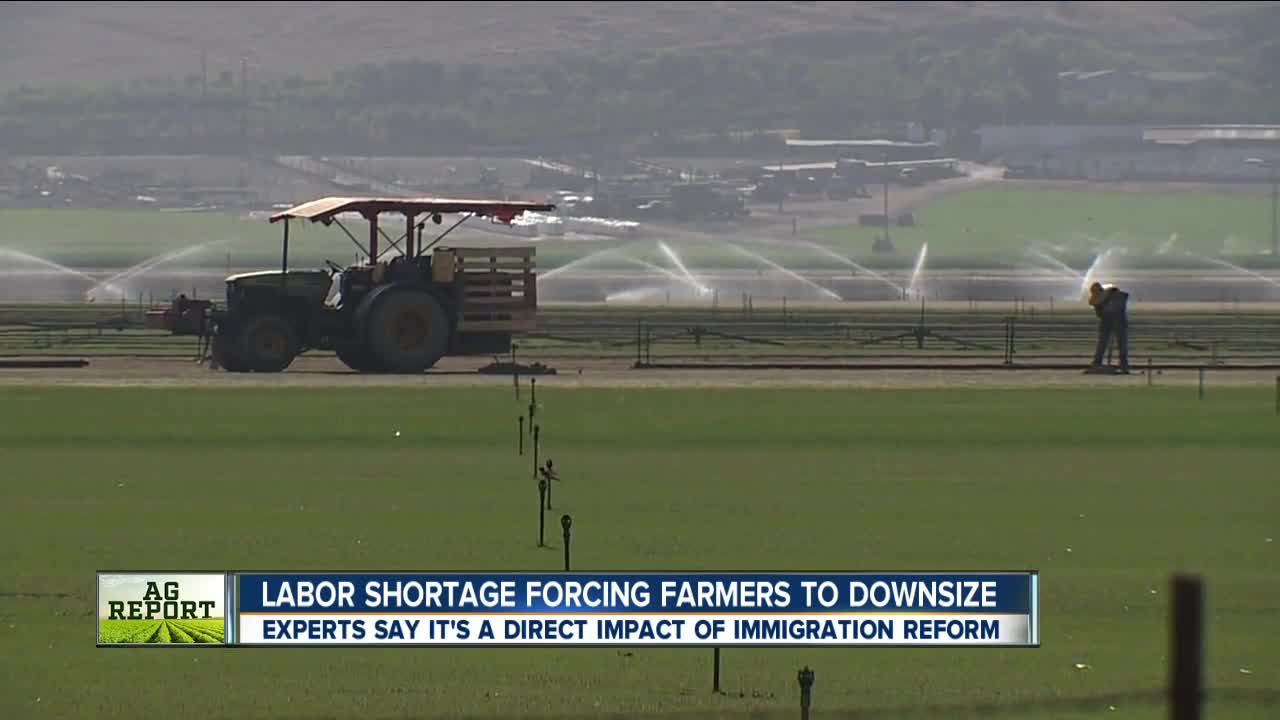 A crippling labor shortage tied to immigration restrictions is forcing farmers in the state to rethink the way they run their business. It's an industry worth $1.8 billion in crops but the lack of workers is driving it in a different direction.

A crippling labor shortage tied to immigration restrictions is forcing farmers in the state to rethink the way they run their business. It's an industry worth $1.8 billion in crops but the lack of workers is driving it in a different direction.

Eric Larson with the San Diego Farming Bureau says there is a labor shortage of roughly 25 percent - and he says that's a direct impact of new immigration regulations.

"We have not really had immigration reform that allowed more foreign born workers to come into this country for a long time 40 plus years, so what happens (cut here if its too long) is the population of farm workers has diminished over time - so we have this continuing shortage of labor that gets worse year after year," said Larson.

Larson says if these shortages continue consumers won't see a lack of fruits or vegetables but they will notice their produce is coming from foreign countries. Right now revisions are being worked on for the H2A visa intended to make it easier for guest workers to work temporarily in agriculture. But experts say this program is best suited for large farms not smaller farming communities.

Overnight, global stock markets falling sharply amid growing tensions just one day after president trump appeared to have "second thoughts" about his latest actions. Meanwhile millions of Americans remained concerned about their 401K's following Friday's major market plunge. Moments ago we heard from President Donald Trump at the G7 summit in France. He says that negotiations are back on after China reached out last night about resuming trade talks. Making this the latest turn in a complicated trade war.

In other ag news Mexican tomato growers and the United States Commerce Department have struck a deal for a new tomato suspension agreement. The five-year agreement enters a public comment Period and goes into effect on September 19th. The deal will suspend the anti-dumping investigation that was reactivated back in May after the commerce department pulled out of the 2013 agreement in response to complaints from domestic growers. The new suspension agreement includes mandatory quality inspections and increases in floor prices on Mexican tomatoes.