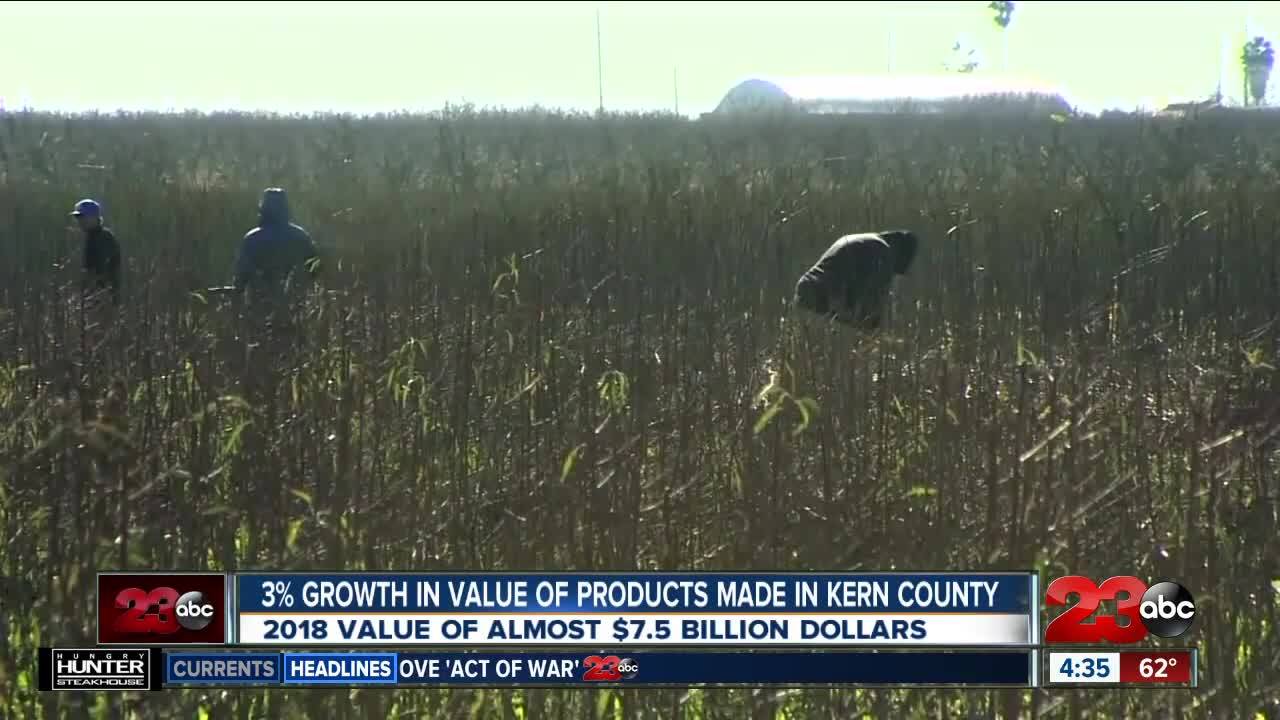 Good signs for farmers in Kern County. The coming season's navel orange harvest will be slightly smaller. And, it's National Farm Safety and Health Week.

Good signs for farmers in Kern County. The 2018 Kern County Agricultural Crop Report has now been submitted by county officials.

The report shows a three percent growth in 2018 when compared to 2017 in the gross value of agricultural commodities produced in Kern County. The 2018 value is listed at almost $7.5 billion. The top five items produced here in Kern County are grapes, almonds, pistachios, citrus, and milk. Just those five products had a gross value of over $4.4 billion making up 59 percent of the total value.

The coming season's navel orange harvest will be slightly smaller, according to a pre-season crop forecast.

Estimators say California farmers will harvest enough navel oranges to fill 76 million 40-pound cartons. That figure is down 7 percent from the previous season. The vast majority of the oranges will come from the San Joaquin Valley. California leads the nation in orange production.

This week is important in the farming community. It's National Farm Safety and Health Week.

The week is prioritizing safety on the farm and the rural roadways of America. And the theme for this special week - Shift Farm Safety into High Gear. The United States Department of Agriculture says promoting farm safety will help our American ag workforce. Each day will cover a specific topic. Thursday's focus is safety and health for youth in agriculture.

California farmers and ranchers are keeping a close eye on several decisions yet to be made by Governor Gavin Newsom in this legislative period.

Farm organizations welcomed the governor's plan to veto a bill that would preserve California's environmental and labor standards from changes initiated by President Donald Trump administration. Other bills sent to the governor's desk include one sponsored by the California Farm Bureau, to create a rural economic advisor in the state department of food and agriculture. Governor Newsom has until October 13th to sign or veto bills sent to him at the end of the state legislative session.

Nearly one-third of California's rural roads rate in poor condition the second-highest percentage in the nation according to an annual report from a transportation group.

For farmers and ranchers that can mean delays and danger in moving crops and livestock to market. Californians began paying higher gas taxes last year to fund transportation projects but observers say it's too early to see what impact that will have on rural road conditions.

The United States Department of Agriculture announced Wednesday it will use nearly $12 million to improve public facilities in 17 states.

The money will fund 41 community facilities projects that will benefit 214,000 Americans in rural communities. While none of those projects are here in California there is additional project funding through the Community Facilities Direct Loan Program. Interested parties should contact their USDA Rural Development state office for application and eligibility details. The California office is in Davis, California and you can see that contact information on your screen.