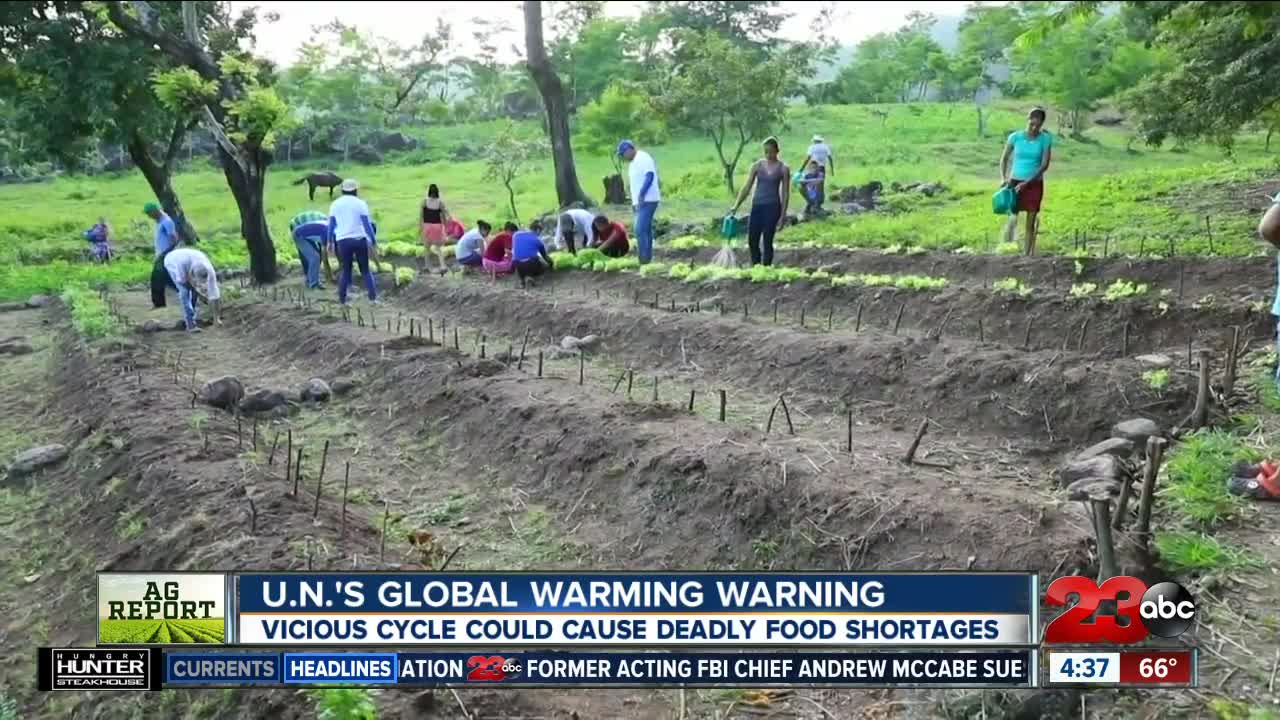 Agriculture Secretary Sonny Perdue drew a large crowd to Minnesota's Farmfest where he weighed in on the U.S./China Trade War, a major new United Nations report is warning that the climate crisis is threatening the world's food supply and the genome of the avocado has now been sequenced.

United States Agriculture Secretary Sonny Perdue drew a large crowd to Minnesota's Farmfest where he weighed in on the U.S./China Trade War. President Donald Trump recently announced the U.s. is placing a 10 percent tariff on $300 billion of Chinese imports. The Chinese Commerce Ministry fired back announcing China would no longer buy agricultural products from the U.S.

"The ball was in China's court. We had made great progress up until April and apparently, the hard-liners in China got ahold of President Xi and they backtracked and reneged on several commitments regarding agricultural purposes as well as some of the cyber issues that we were dealing with," said Perdue. "We were about 90 percent there to a deal and for some reason, they changed their mind. They're having a big enclave this month in China. I hope they get it sorted out and decide to come to the table and be reasonable, reciprocal, fair and free trade."

Perdue says the U.S. is looking for other trading partners such as Malaysia, Indonesia, Thailand, Vietnam, and the Philippines.

In other ag news, a major new United Nations report is warning that the climate crisis is threatening the world's food supply.

The U.N.'s Intergovernmental Panel on Climate Change has released a much-anticipated report estimating that about a quarter of greenhouse gases in the last decade came from food, farming, and land use. The report calls it a vicious cycle where global warming makes the land less farmable as our farming practices make global warming worse. Great for economies, horrible for nature's cycles.

The U.N. says we should reduce food loss and waste and eat more plants, nuts, and seeds. It says they're good for us and are more sustainable.

Meanwhile, the genome of the avocado has now been sequenced meaning we can now boost yield and create new avocado traits.

The study, published by the National Academy of Science, found that that the avocado inherited about 61 percent of its DNA from Mexican varieties and about 39 percent from Guatemalan ones. Researchers also uncovered information about the function of individual avocado genes opening the door for genetic engineering, including making them more disease resistant.