Do you want fries with that? Well you may not be able to get them soon. 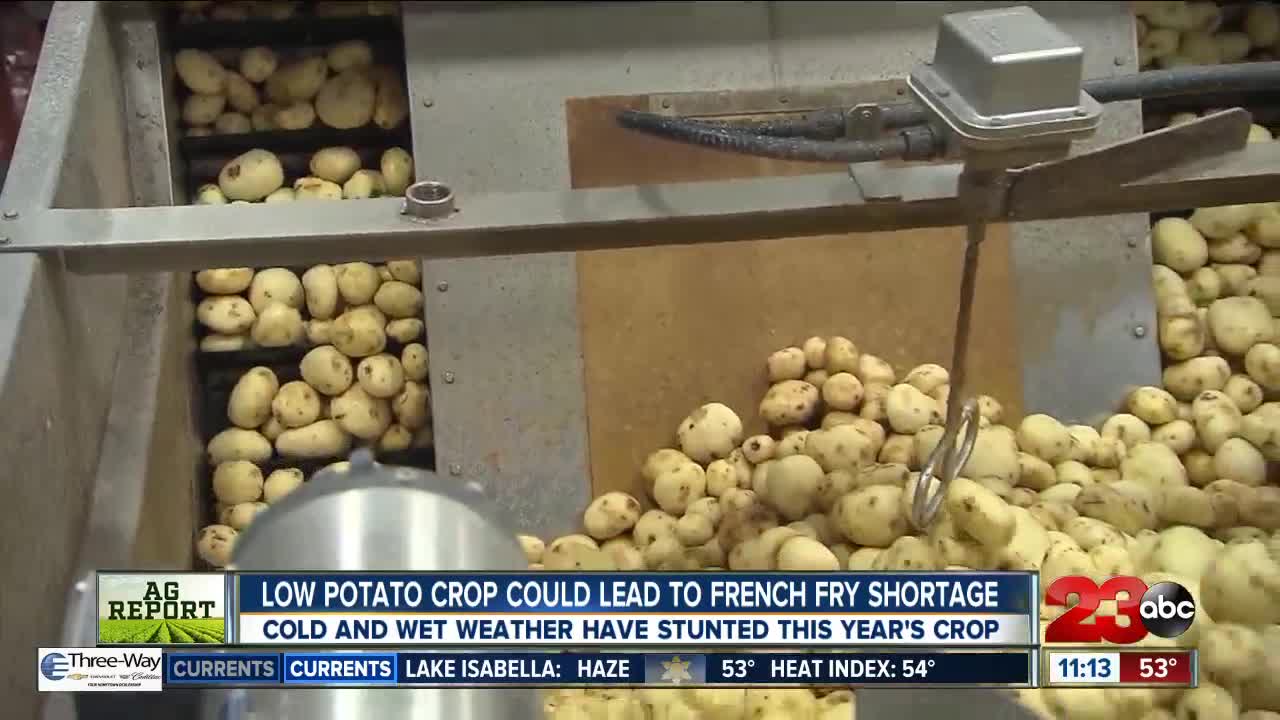 The United States may face a french fry shortage due to a poor potato crop. That's according to a Bloomberg report.

BAKERSFIELD, Calif. — Unusually cold and wet weather during the potato harvest season has left some growers in the US and Canada unable to harvest a significant portion of their crop.

Now, processors across North America are rushing to find potatoes from additional sources to keep up with the increasing demand for fries, in news first reported by Bloomberg.

The US is the fifth largest producer of potatoes in the world, and the crop is grown in nearly every state. But this year, the amount of potatoes produced and harvested is down in some of the top-producing states, including Idaho, Oregon, and North Dakota.

Overall potato production in the US is forecast to fall about 6.1 percent from last year, according to a November report from the US Department of Agriculture. That's the lowest it's been since 2010.

In Idaho, which produces about a third of US potatoes, production is forecast to fall five percent from last year, USDA reported. About 308,000 acres were harvested, down about 7,000 from 2018.

In Canada, potato harvests in the western provinces of Manitoba and Alberta were particularly affected, according to Kevin MacIsaac, general manager for United Potato Growers of Canada.

For potato growers, that could mean significant losses, MacIsaac said. It could also mean that some growers might not be able to fulfill their contracts with processing companies.

Factories that supply potatoes to restaurants and grocery stores might have to rely on other sources or import them. And potatoes originally designated for other purposes, like chips or the bags of fresh potatoes you buy at the store, might instead be used to make French fries.

Despite cold weather affecting some of this year's crop, Frank Muir, president and CEO of the Idaho Potato Commission, said he's not too worried. By the time the frost hit in October, Idaho farmers had harvested about 85 percent of their crop. And those potatoes were of good quality.