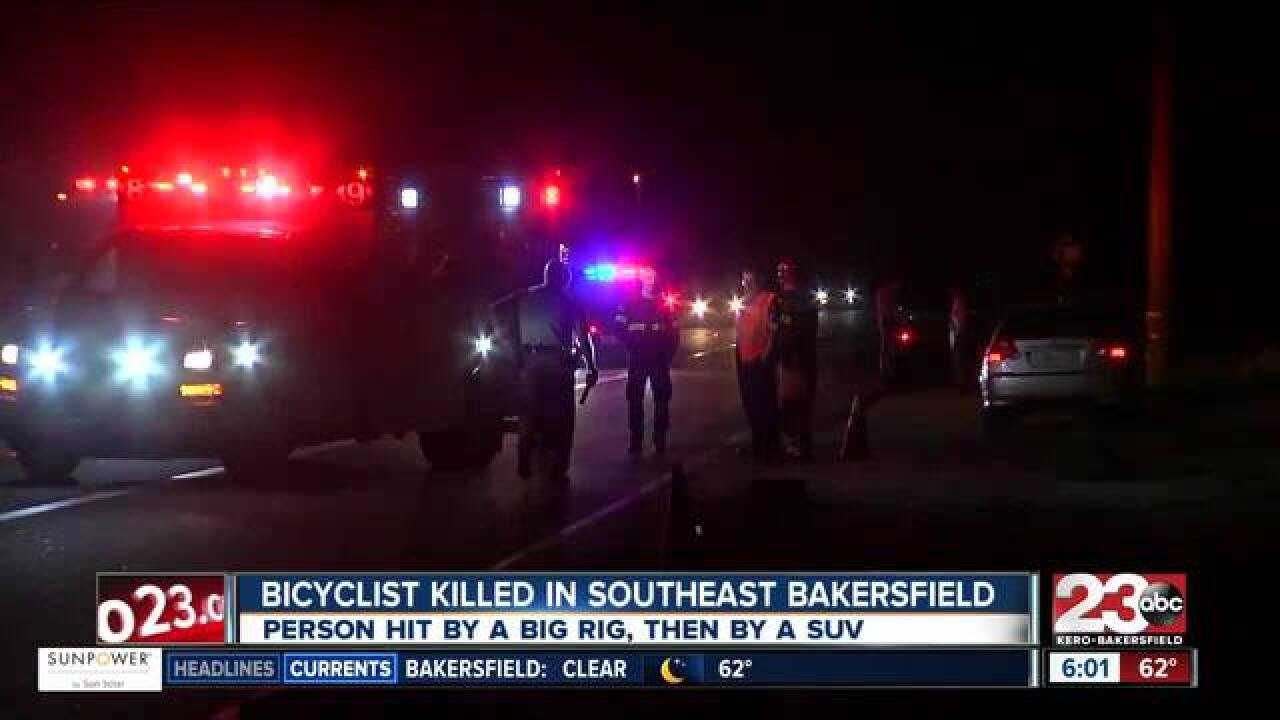 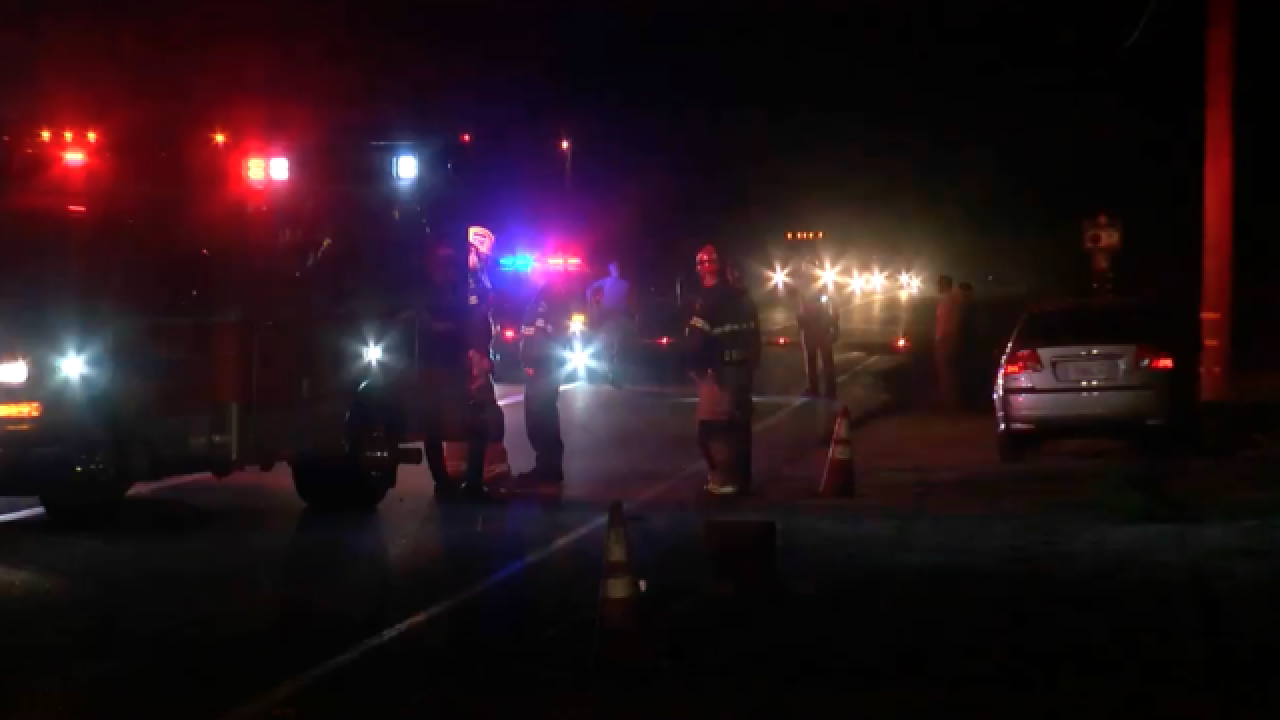 CHP says that the bicyclist was struck by a big rig, then dragged for about a mile before the body was hit by an SUV.

The person died at the scene. Both the big rig and SUV took off from the scene.

Weedpatch Highway has since reopened.

BAKERSFIELD, Calif. -- California Highway Patrol is on the scene of a deadly crash where a bicyclist was hit by a vehicle in Southeast Bakersfield.

The crash happened around 9:00 p.m. on Weedpatch Highway and Muller Road.

According to CHP, all lanes on Weedpatch Highway are being blocked off in that area for the investigation.

This is a developing story, check back for updates.