City documents detail how Measure N revenue will be spent 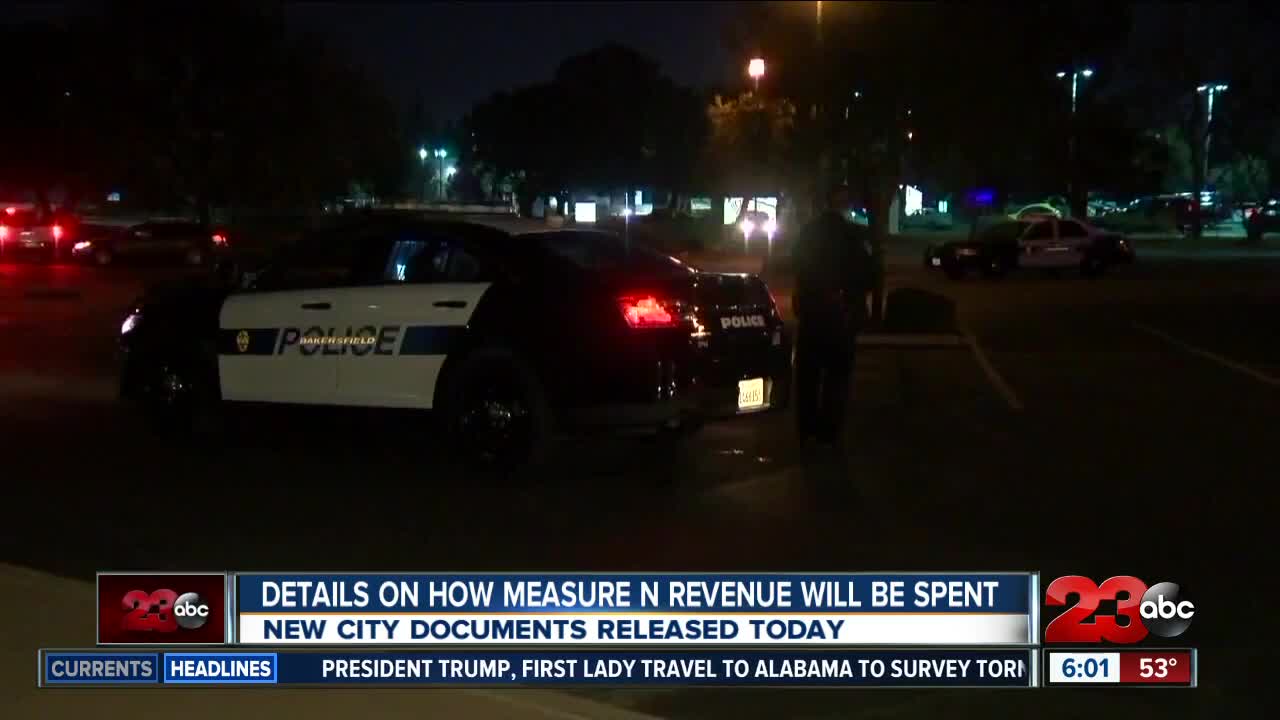 Measure N, the one cent sales tax, is expected to bring in an estimated $58 million annually. New city documents reveal how exactly that money will be spent.

Measure N, the one cent sales tax increase, is expected to bring in an estimated $58 million annually to the City of Bakersfield.

According to newly released city documents, Bakersfield Police want to use $500,000 for body cameras worn by all officers.

The city says currently, BPD is in a pilot program phase, with positive results.

BPD also plans to hire 100 police officers over a three year period. 43 of them will be hired during the first year.

They also want to use $17 million for a Public Safety Radio Modernization Project, which includes upgrading their radio system from analog to digital.

Rabobank Arena is set to get an upgrade with money set to be allocated for repairs and improved seating.

The spending priorities are set to be discussed at an oversight committee meeting on Monday.