A look at some financial assistance available during the coronavirus crisis 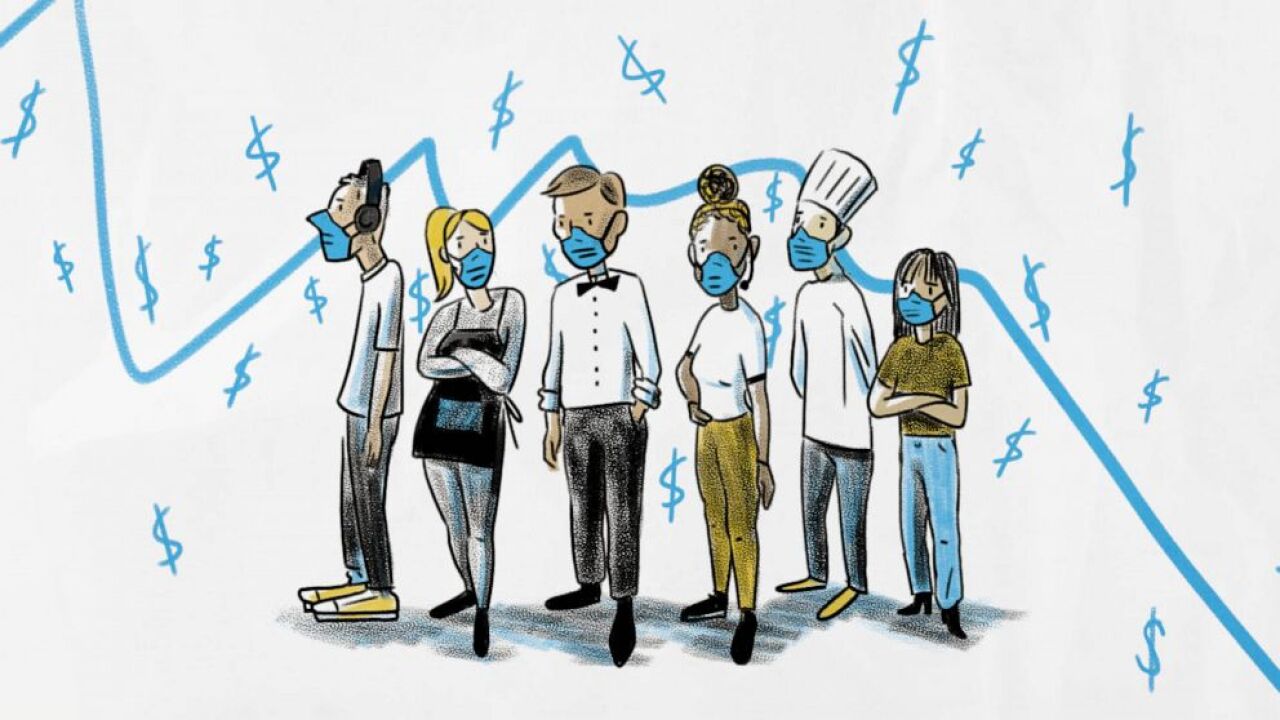 As the health crisis wages on, here are some resources from the government and private sector that are available to help carry you through financially.

What to do if you are laid off or unemployedTens of thousands of U.S. workers have found themselves suddenly unemployed in recent weeks, and some economists have predicted the numbers are only going to tick up as the pandemic wages on.

Unemployment benefits are out there, but they vary state to state. Most states provide 26 weeks of unemployment insurance, though Massachusetts provides up to 30 weeks. North Carolina and Florida, on the other hand, provide up to 12 weeks, according to the nonpartisan think tank the Center on Budget and Policy Priorities.

In New York and New Jersey, so many people attempted to file for unemployment this past week that the online systems for submitting applications crashed in both states, according to the agencies.

There can also be further restrictions for part-time or freelance workers, though this also varies state to state. To apply, check out the information on your state's website.

The U.S. Department of Housing and Urban Development announced a foreclosure and eviction moratorium Wednesday for single-family homeowners for the next 60 days if they have Federal Housing Administration-insured mortgages.

The action "will allow households who have an FHA-insured mortgage to meet the challenges of COVID-19 without fear of losing their homes, and help steady market concerns," HUD Secretary Ben Carson said in a statement.

More information on the HUD's eviction and foreclosure moratorium can be found here.

"For homeowners, Fannie Mae and Freddie Mac have already made clear that all you have to do is call your servicer, the phone number that you send your payment to every month, and tell them that because of coronavirus you are unable to pay your mortgage," Dworkin said. "It may be because you lost your job, it may be because you're sick. It doesn't matter. They're not asking for proof. They're just saying if you can't pay your mortgage because of COVID-19 let us know, and we will defer your mortgage payments for as long as six months." More information can be found here.

Moreover, major cities such as New York, Los Angeles and Seattle have also instituted moratoriums on evictions amid the COVID-19 pandemic if you are struggling to make rent. For more information, check your local city or state's housing websites.

Experts also urge that if you think you are struggling to pay your rent, be sure to take action as soon as possible.

Can I get paid sick leave?While the U.S. remains one of the only developed countries in the world without federal paid sick leave, both the government and some businesses have announced new measures to ensure you can take time off from work without losing pay if you fall ill.

President Donald Trump signed an economic relief bill on Wednesday that includes paid sick days for most employees of small and mid-size companies. To help offset the costs for employers, businesses would be reimbursed for some of these costs through tax credits. Big businesses -- those with more than 500 employees -- however, are exempted from offering their employees paid sick leave or family leave under the bill.

Those companies include Starbucks, Uber, Lyft, Chipotle, Darden Restaurants and more -- a full breakdown can be found here.

Paid sick leave policies vary widely from state to state, and it is best to check with your employer.

Who's hiring?At the same time people are being laid off, a handful of national organizations announced they are hiring. Here is a partial list of some companies hiring and where to apply.

Walmart announced it was hiring 150,000 new associates through the end of May for its stores, clubs, distribution centers and fulfillment centers. The roles will initially be temporary, but many can be converted to permanent roles, the company said. More information on where to apply is here.

A movie theater is closed, March 18, 2020, in Phoenix.A movie theater is closed, March 18, 2020, in Phoenix.Matt York/APAmazon said it will hire 100,000 full- and part-time positions at fulfillment centers and delivery networks across the U.S., citing heightened demand for delivery services as social distancing measures kick in. Information on how to apply and openings can be found here.

7-Eleven, the world's largest convenience store chain, is hiring up to 20,000 people amid the pandemic, the company announced, citing an anticipated surge in delivery shopping through its new app. The chain encouraged interested applicants to inquire in-store or on its website, here.

Kroger supermarkets announced it will be hiring 10,000 full- and part-time workers for their retail stores, manufacturing plants and distribution centers. Information on how to apply can be found here.

Tesco said it is hiring 20,000 "temporary colleagues" amid the pandemic, and interested candidates can also inquire in-store or on their website.

Walgreens announced similar measures, saying it is dealing with "significant demands on our stores and pharmacies during this time," and that it is looking to hire approximately 9,500 roles in stores across the U.S., particularly customer service associates, pharmacy technicians and shift leads. Information on how to apply can be found here.

What help is there for small business owners?Often called the backbone of the economy, small business owners are some of the most susceptible to economic downturns like the ongoing crisis. A number of government agencies at the national and local level, as well as a series of private sector investors, have stepped in to offer assistance.

The U.S. Small Business Administration pledged late last week it would offer up to $2 million in low-interest loans to small businesses to help them weather the storm.

"Small businesses are vital economic engines in every community and state, and they have helped make our economy the strongest in the world," SBA Administrator Jovita Carranva said in a statement. "Our Agency will work directly with state Governors to provide targeted, low-interest disaster recovery loans to small businesses that have been severely impacted by the situation."

The agency says the loans can be used to help with payroll, bills and pay fixed debts. For small businesses without credit available elsewhere, the interest rate is 3.75%, and long-term repayment plans for up to 30 years are available, according to the agency.

San Francisco announced it is deferring quarterly business taxes due April 30 for nine months until February 2021 with no interest or penalties. Moreover, the city said is deferring small business licenses and permit fees for three months and it had also established a "COVID-19 Small Business Resilience Fund," which will offer emergency grants of up to $10,000 for microbusinesses that can show a recent loss of revenue.

New York City pledged similar relief. Small businesses with fewer than 100 employees who have seen sales decrease by 25% or more will be eligible for zero-interest loans of up to $75,000, according to Mayor Bill de Blasio's office. Businesses with fewer than five employees may also be eligible for a grant to cover 40% of payroll costs for two months to help retain employees, according to the city.

In the private sector, Facebook pledged $100 million in grants on Tuesday for up to 30,000 eligible small businesses in over 30 countries hit hard by the COVID-19 outbreak. More information on how to access a Facebook grant for small businesses can be found here.

Other companies have announced other initiatives to lessen the financial blow for small business owners, including Citi, which promised waivers for monthly service fees and increased support for small business-owner clients.

"The best thing to do is nothing," Greg McBride, the chief investment officer at Bankrate, told ABC News. "The risk is that you make any decision based on short-term volatility that has long-term ramifications on your financial health."

McBride urged people not to look at their 401(k) statements now, saying, there's "no need to be a masochist."

When you get your quarterly statement in the first half of April, "that might be an opportune time to rebalance your account," he added.

"With stocks having fallen so sharply, and bonds having done reasonably well, it might have thrown your initial investment mix out of whack," he said.

One option for investors would be "rebalancing back to your initial investment mix" and "selling off some of those bonds that have done well and putting the proceeds into stocks."

"Your retirement horizon hasn’t changed; now more than ever retirement savers need to maintain that long-term perspective," he said. "The markets will turn around sooner and faster than the economy and maybe even public health, you don’t want to be sitting on the sidelines when that happens."

McBride urged retirement savers to think in terms of years and decades, not weeks and months.

"Stocks are long-term investments, you should never have money in stocks that you’re going to need for the next seven to 10 years," he said.

For older Americans who may be closer to retirement, experts urge people to ensure they are diversified in their portfolio, and even delay retirement if that is feasible.