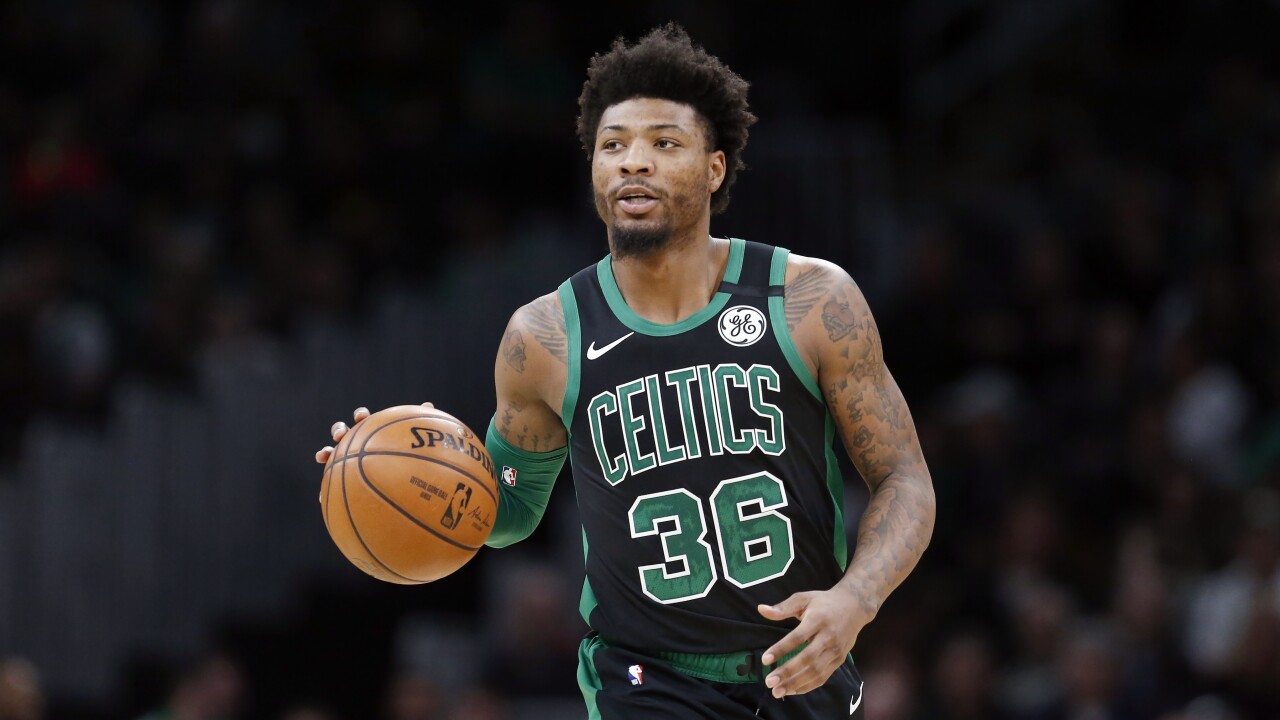 Several players with the National Basketball Association are getting their blood tested after battling the coronavirus.

ABC News reported that one of the players, Boston Celtics' Marcus Smart, will opt into the experimental therapy known as convalescent plasma.

Smart confirmed the news through his agent, ABC News reported.

Smart announced via social media that he had tested positive for the virus back on March 19. On Sunday, Smart confirmed through his Twitter page that the Massachusetts Department had cleared him.

The NBA season was suspended indefinitely back on March 11 after Utah Jazz player Rudy Gobert tested positive for the virus before his team played the Oklahoma City Thunder.

Since then, several more players - including Brooklyn Nets' Kevin Durant - have tested positive for the coronavirus.

The other three players in the ABC News article are not currently known.