Kern County Health Department is holding an update on the county's response to the COVID-19 outbreak. 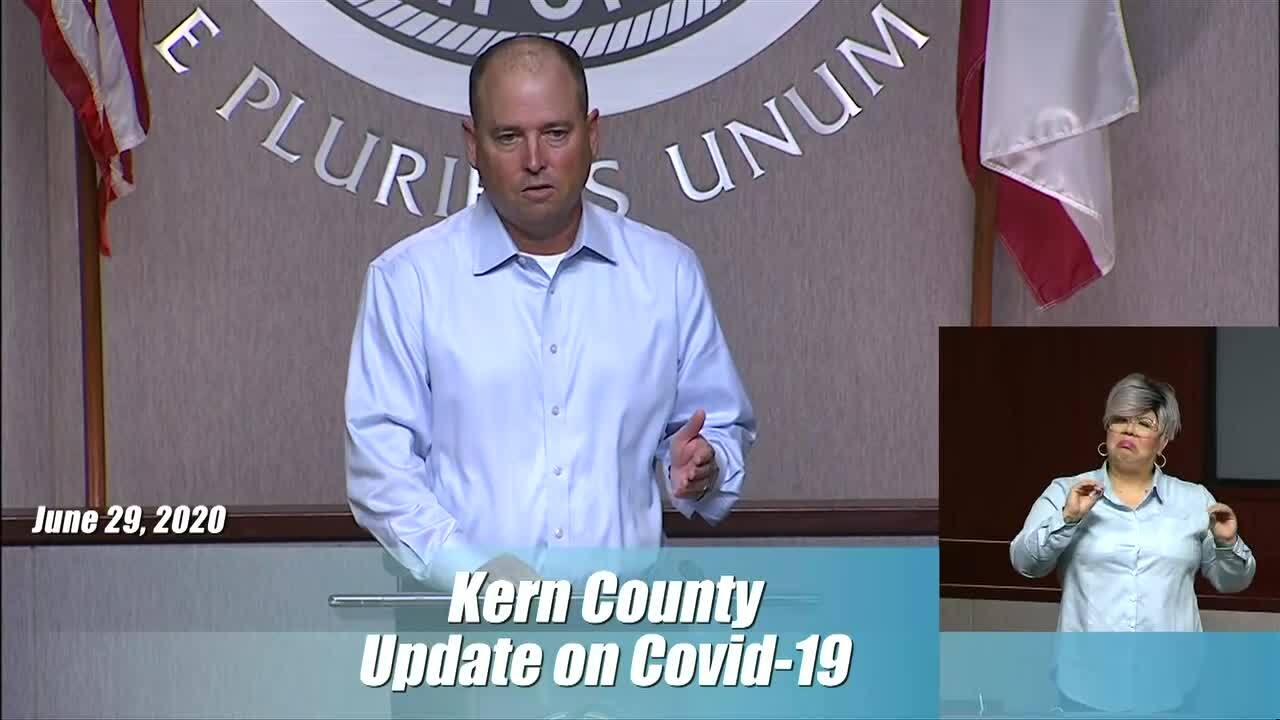 Public health officials reported another death due to COVID-19 in Kern County bringing that number to 68. There are now 4,558 total cases and nearly 3,200 people have recovered.

Governor Gavin Newsom ordered local bars to close, along with several other counties, citing the rising spread of coronavirus.

More than 10,000 new cases were confirmed in California just over the weekend.

Part of that can be attributed to an increase in testing but not all of it. There's also a rise in the positivity rate and the rate of hospitalizations.

When California's lieutenant governor was asked, "is closing bars going to be enough" he responded: "It's hard to socially distance in a bar. If you're drinking and you're talking to your friends, it's easy to take that mask down," explained Eleni Kounalakis. "We know that close contact for at least 15 minutes with someone who is infected is very likely to transmit to another person. So bars were always high-risk, and this is a way I think both to stop the spread of infection, but also send the message to people, look, we're not out of the woods. And I do think people in California believe science and are going to pay attention and adjust their behavior."

In the United States, more than 125,000 people have died from COVID-19, that's one-quarter of all deaths across the globe. More than any other country.

California isn't alone at least a dozen states are now rolling back reopening plans to help stop the spread.