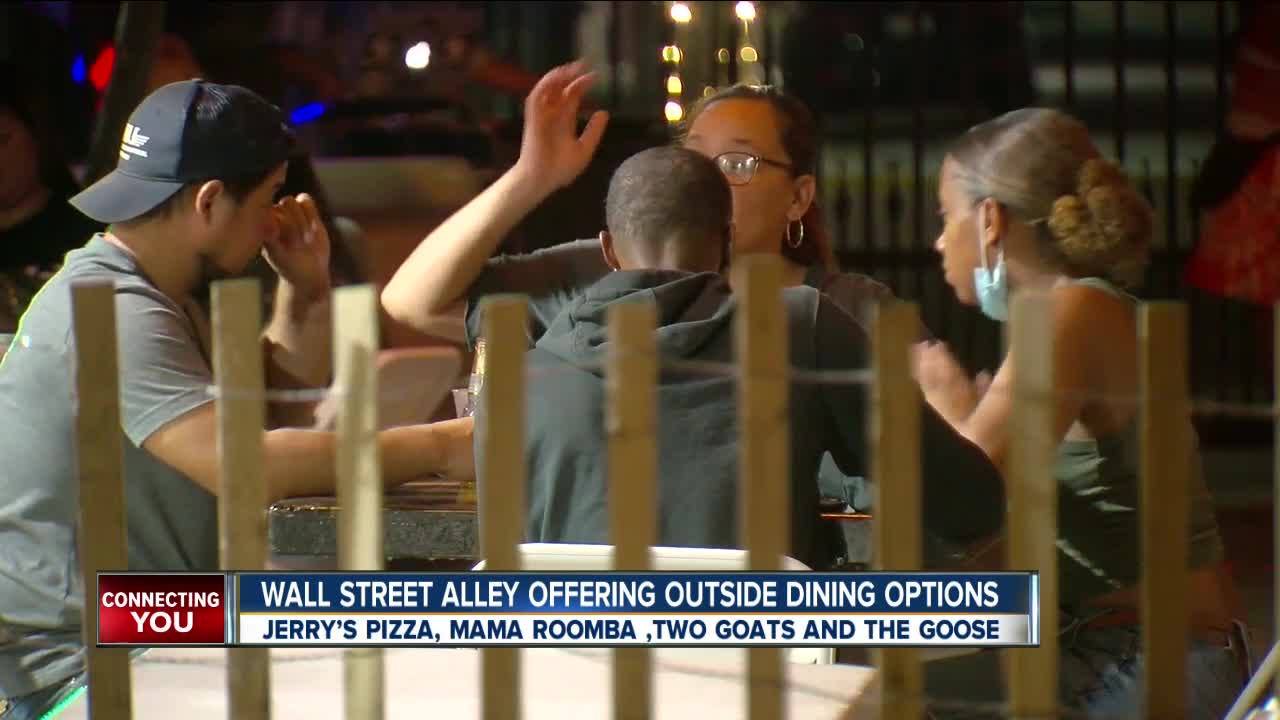 BAKERSFIELD,Calif. — Three restaurants-- Two Goats and The Goose, Mama Roomba's, and Jerry's Pizza have received a permit to allow outside seating in the Wall Street Alley.

The alley will be blocked off every Thursday to Sunday until indoor dining resumes.
Jerry's pizza owner, Corina Topete, says that they have added umbrellas, sails, a DJ, and social distancing seating to the area.

She shares its been months since they have been able to see so many customers back at their doors.
"It means a lot because, it means I can bring more of my employees back, my security guard who has been here since march and my house DJ," said Topete.

The idea for the new dining option has been in the works for the past month.
Topete adds she has worked closely with councilman Andrae Gonzales to get the idea off the ground.
Gonzales shares more options similar to the alley dining could be making its way to downtown.
"The City of Bakersfield is working on a street closure and working with restaurants on eye street between 19th and 20th," said Gonzales.
"We are looking to place barricades there and temporarily closing eye street just on that half block to restaurants in that area. So that restaurants in the area such as Jin sushi, Sandrini's, Toss It and Chef's Choice Noodle Bar can use that area for outdoor dining."