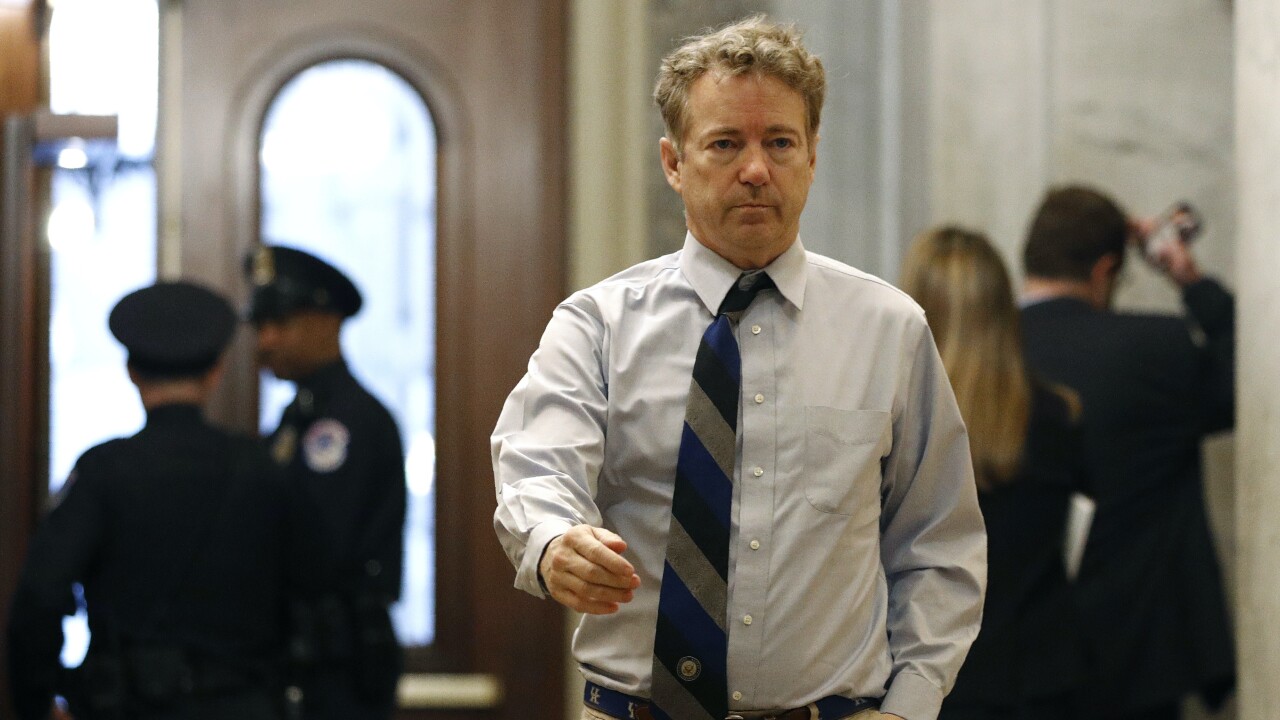 Copyright 2020 The Associated Press. All rights reserved.
Patrick Semansky/AP
Sen. Rand Paul, R-Ky., arrives at the U.S. Capitol in Washington, Monday, Jan. 27, 2020, during the impeachment trial of President Donald Trump on charges of abuse of power and obstruction of Congress. (AP Photo/Patrick Semansky)

Sen. Rand Paul defended why he opted to not self-quarantine while awaiting for the results from a COVID-19 test he took last week.

On Sunday, Paul's office announced that the the U.S. senator from Kentucky tested positive for coronavirus. Paul's office said he was asymptomatic and feeling fine. Paul continued to work on Capitol Hill until he learned of his positive test.

Although Paul was not around many staffers, he was in close proximity of a number of fellow senators. Republican senators Mitt Romney and Mike Lee opted to self-quarantine following Paul's announcement.

Paul's office said that staffers began working remotely 10 days ago and he had virtually no direct contact with his staff.

“Given that my wife and I had traveled extensively during the weeks prior to COVID-19 social distancing practices, and that I am at a higher risk for serious complications from the virus due to having part of my lung removed seven months ago, I took a COVID-19 test when I arrived in D.C. last Monday," Paul said in a statement. "I felt that it was highly unlikely that I was positive since I have had no symptoms of the illness, nor have I had contact with anyone who has either tested positive for the virus or been sick."

The CDC issued the following guidelines for testing:

Paul believed he should have been tested because of a preexisting condition.

"The nature of COVID-19 put me – and us all – in a Catch-22 situation," Paul said. "I didn’t fit the criteria for testing or quarantine. I had no symptoms and no specific encounter with a COVID-19 positive person. I had, however, traveled extensively in the U.S. and was required to continue doing so to vote in the Senate. That, together with the fact that I have a compromised lung, led me to seek testing. Despite my positive test result, I remain asymptomatic for COVID-19."