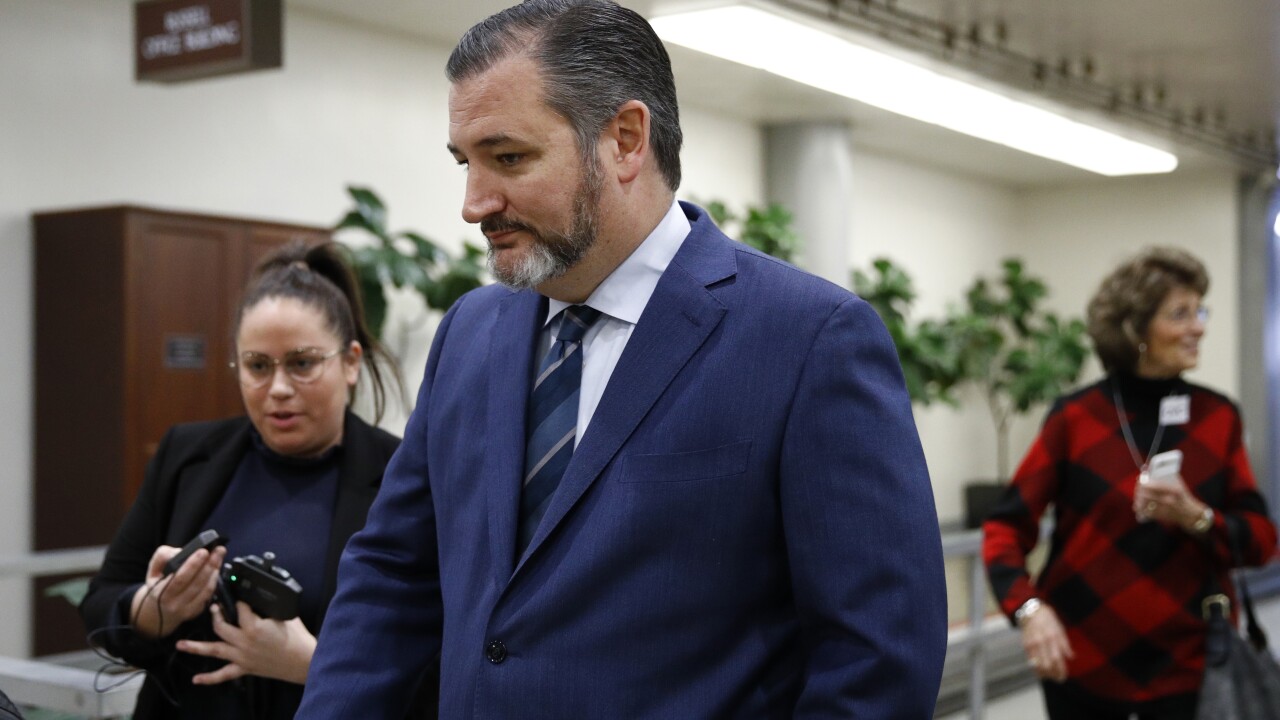 Sen. Ted Cruz, R-Texas, announced on Sunday that he is self-quarantining himself after learning that he had interacted with someone who tested positive with COVID-19 at last week's CPAC Conference.

Cruz confirmed in a statement on Sunday that he briefly interacted with the patient, and that he shook hands with the person.

Health experts said that the public should avoid direct contact with those carrying the virus, no matter if they're showing symptoms.

Cruz said in a statement that he has not come down with any COVID-19 symptoms, and has been in contract with a number of officials, including Pence and newly-announced White House Chief of Staff Mark Meadows. He added that he is self-quarantining as a precaution as his brief interaction does not meet the federal standard for self-quarantine.

"Last night, I was informed that 10 days ago at CPAC I briefly interacted with an individual who is currently symptomatic and has tested positive for COVID-19. That interaction consisted of a brief conversation and a handshake.

"I have consulted with medical authorities from the Houston Health Department, the Harris County Public Health Department, the Centers for Disease Control and Prevention, and the Department of Health and Human Services, as well as my personal physician. I have also spoken with Vice President Pence, Leader McConnell, and Mark Meadows.

"The physicians further advised that testing is not effective before symptoms manifest, and my brief interaction with the individual does not meet the CDC criteria for self-quarantine.

"The medical authorities explicitly advised me that, given the above criteria, the people who have interacted with me in the 10 days since CPAC should not be concerned about potential transmission.

"Nevertheless, out of an abundance of caution, and because of how frequently I interact with my constituents as a part of my job and to give everyone peace of mind, I have decided to remain at my home in Texas this week, until a full 14 days have passed since the CPAC interaction.

"Everyone should continue to treat this outbreak seriously and be driven by facts and medical science. We need to continue to be proactive in mobilizing resources to combat this outbreak-including the $8.3 billion in emergency funding we provided last week-and I encourage everyone to follow the recommendations of the CDC and other health professionals in protecting their own health and welfare, as well as the health and welfare of those around them."