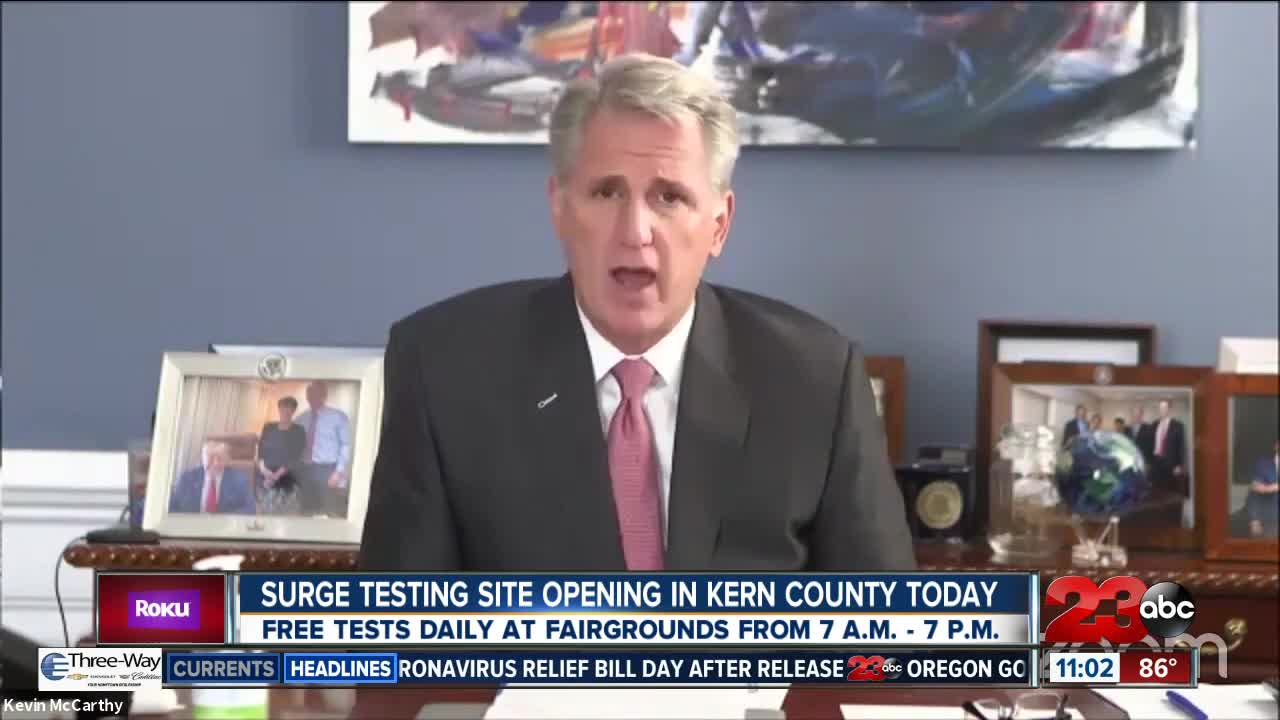 A new federally funded surge testing site will be opening on Wednesday in Kern County. The free drive-thru testing facility which will be set up at the Kern County Fairgrounds was brought to Bakersfield thanks in part to Congressman Kevin McCarthy. 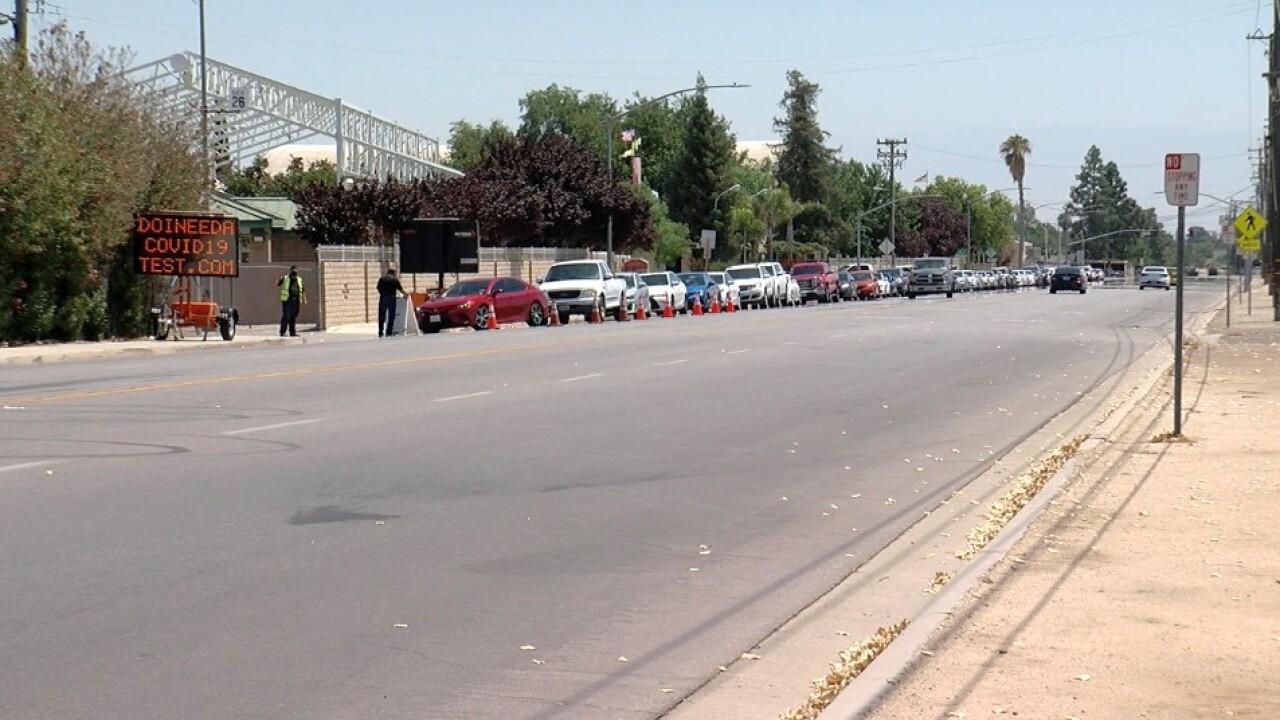 A new federally funded surge testing site will be opening on Wednesday in Kern County. The free drive-thru testing facility which will be set up at the Kern County Fairgrounds was brought to Bakersfield thanks in part to Congressman Kevin McCarthy.

"It doesn't matter who you are. If you're in the community, you need a test, we have an opportunity for you to get through," said McCarthy. "Because with public health, we want to make sure your health is top priority. And this is a way to get a handle on COVID."

McCarthy said he spoke with President Donald Trump about getting surge testing in Kern County. The president suggested he speak with Admiral Brett Giroir, the assistant secretary for Health and Human Services who heads up the government's coronavirus testing programs.

Only a handful of surge testing sites have been set-up throughout the country and when officials were looking for hotspots Kern County was an area that was being considered.

"Ambassador Birx and her analytic team really provide us with a list of places that a surge site might be helpful, and that's given the outbreak characteristics in your area, but also the ability to really squash it down," said Giroir. "That if we do the right things, you can really turn it around rather quickly."

Giroir said the site will be able to conduct up to 60,000 tests over the course of two weeks - or about 5,000 a day - which would ultimately help curb the spread of COVID-19.

"Data has shown that the Central Valley has been disproportionately impacted by COVID-19. This new site combined with efforts announced by Governor Newsom will help local agencies in the fight against the virus and save lives," said California Governor's Office of Emergency Services (Cal OES) Director Mark Ghilarducci.

"Testing is the cornerstone for protecting our community against COVID19. When followed by isolation and contact tracing these three actions can significantly slow the spread of the disease and diminish its impact on our residents," added Matt Constantine, Kern County Public Health Services Director.

This ties into Governor Gavin Newsom's announcement on Monday that he would be granting roughly $52 million to support coronavirus response efforts in the Central Valley, which includes Fresno, Kern, Kings, Madera, Merced, San Joaquin, Tulare and Stanislaus counties. According to local representative Rudy Salas, the funding is set to go towards expanding testing, medical supplies, contract tracing, and support for local medical systems and essential workers.

The focus on the Central Valley comes after Newsom pledged to do more to help California Latinos fight the virus. Latinos are the majority of workers in many essential jobs in those heavily agricultural counties.

According to Cal OES: "Statewide, Latinos make up 38.9 percent of the population but comprise a disproportionate number of COVID-19 cases (56 percent) and deaths (45.7 percent). In the Central Valley, where between 41-65 percent of any given county is Latino, there are a disproportionate number of Latino deaths compared to population - for example, in Fresno County, Latinos comprise 52.6 percent of the population and 65 percent of COVID-19 deaths. Data has also shown that of the cases where we have no race or ethnicity data, based on surnames, local public health officials estimate that roughly 70 percent appear Latino, thus the current case numbers likely underestimate the total number of Latinos who are impacted by the virus."

"It has been a great collaboration together. Think about it, you have a unit up in less than a week, going to provide this for the next two weeks free of charge: lab work, staff, everything about it - I haven't seen this anyplace else, really, to be able to do something like this, it's really amazing the collaboration together," said McCarthy in a press conference Wednesday morning.

The surge site will open at 2 p.m. Wednesday afternoon and will be open from 7 a.m. to 7 p.m. daily over the next two weeks at the fairgrounds.