The Fox Theater lost $400,000 in revenue due to covid, creating new ways to bring entertainment

The Fox Theater lost $400,000 in revenue due to covid, creating new ways to bring entertainment 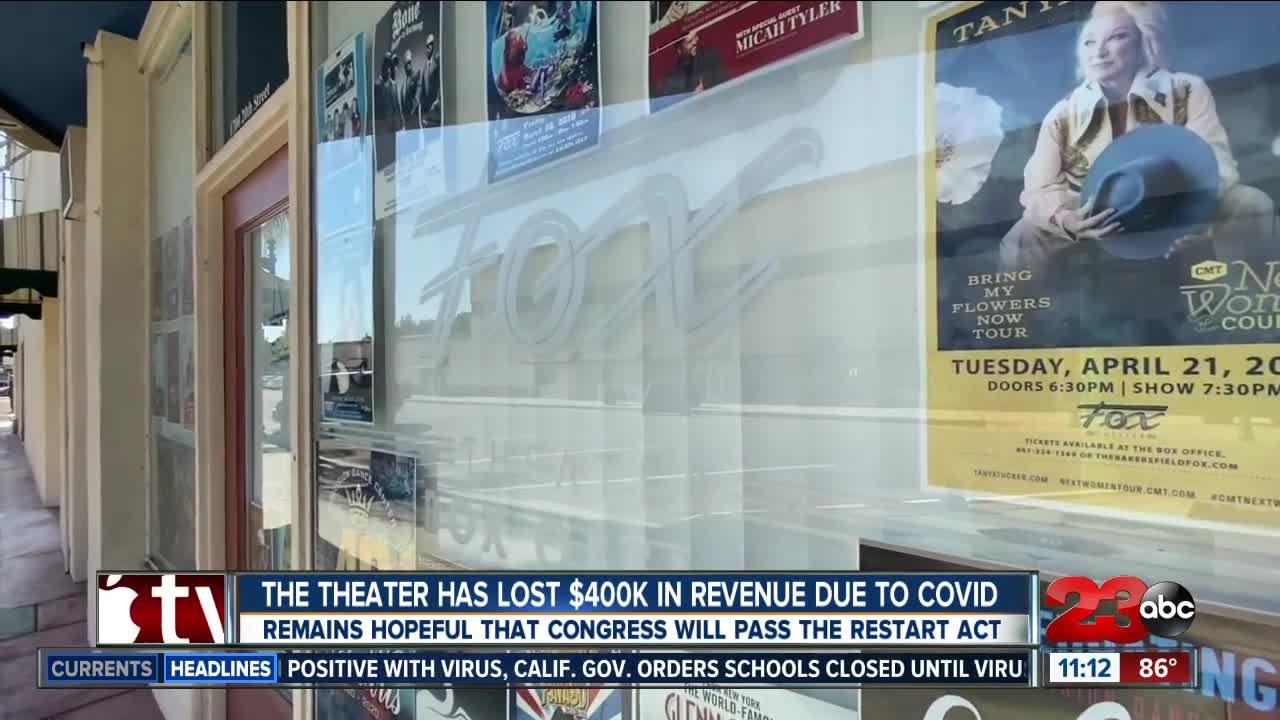 BAKERSFIELD,Calif. — On the corner of 20th and H street lies the Historic Fox Theater whose stage has remained dark since March, due to COVID- 19 pandemic.

It's stage normally filled with performances, now sits with a single ghost light.

The theater was one of the first establishments to close and fear they will be the last to fully reopen.

The 1500 seat theater has canceled nearly 20 shows and has lost nearly $400,000 in gross revenue according to the FOX theater's manager Matthew Spindler.

"We are the heart of what surrounds us, we drive commerce and we are important to when can we reopen," Spindler said.

To make up for the lost income, the theater has been allowing people to purchase the marquee sign for 24-hours for a fee.

"I'm shocked at just how popular that has been and how much fun it has been. It has brought in a little over $25,000," said Spindler. "To give a little perspective, our normal monthly cost-- considering that we don't have a mortgage on the building, still ranges between $10,500-to-$12,500 per month, not including staff."

The FOX along with the National Independent Venue Association (NIVA) is calling on Congress to pass the Restart Act.

If passed, it would provide funding to cover six months of payroll, benefits, and operating costs for venues like the FOX theater.

"NIVA projects venues could lose up to $8.9 billion if they remain closed this year." They are hoping Congress will pass the bill before they go out for recess in August.

In the meantime, FOX is working on new ways to bring entertainment to the community during the pandemic.

"So virtually we are hoping to use our stage again to bring the community forms of entertainment that I think they're missing out on," Spindler said.

The FOX is preparing to announce in the next couple of weeks new ways the community can help keep this staple in the community to years to come.