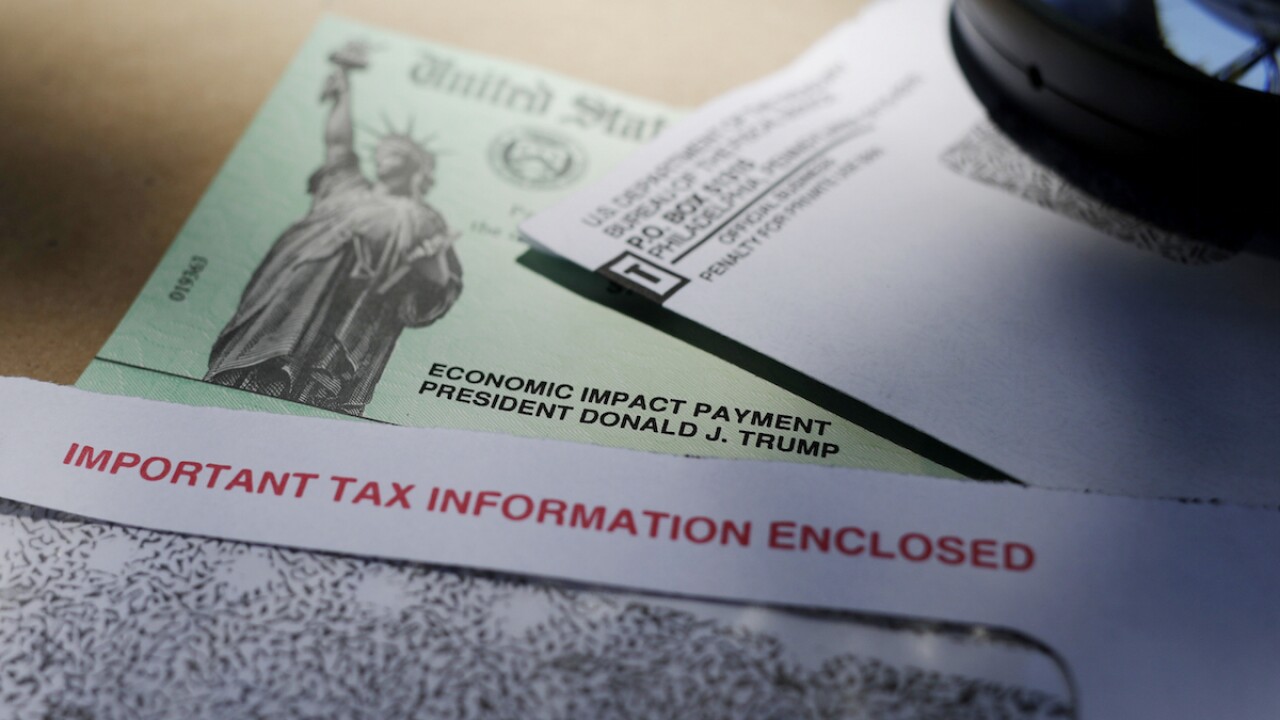 Copyright 2020 The Associated Press. All rights reserved.
Eric Gay/AP
President Donald Trump's name is seen on a stimulus check issued by the IRS to help combat the adverse economic effects of the COVID-19 outbreak, in San Antonio, Thursday, April 23, 2020. According to the Treasury Department, it marks the first time a president's name has appeared on any IRS payments, whether refund checks or other stimulus checks that have been mailed during past economic crises. (AP Photo/Eric Gay)

For Americans waiting for a stimulus check in the mail, the IRS is urging taxpayers to submit banking information by noon ET on Wednesday in order to get the check via direct deposit.

Starting later this month, the number of paper checks being delivered to taxpayers will sharply increase, the IRS said. For many taxpayers, Wednesday will be the last last chance to obtain a direct deposit of their stimulus check rather than receive a paper check.

"We're working hard to get more payments quickly to taxpayers," said IRS Commissioner Chuck Rettig. "We want people to visit Get My Payment before the noon Wednesday deadline so they can provide their direct deposit information. Time is running out for a chance to get these payments several weeks earlier through direct deposit”

Those who do not submit banking information and have yet to receive a stimulus check would receive their check in late May or June, the IRS said.

Those expecting paper checks include taxpayers who have not received a refund from the IRS in the last two years. Also, some taxpayers who used “Refund Anticipation Loans” could see their check in the mail rather than from direct deposit. This is due to stimulus checks going to tax preparers rather than directly to taxpayers.

So far, nearly 130 million individuals have already received payments worth more than $200 billion in the program's first four weeks.

As a reminder, here is who is eligible for a stimulus check:

Those who need to submit banking information can enter it here.