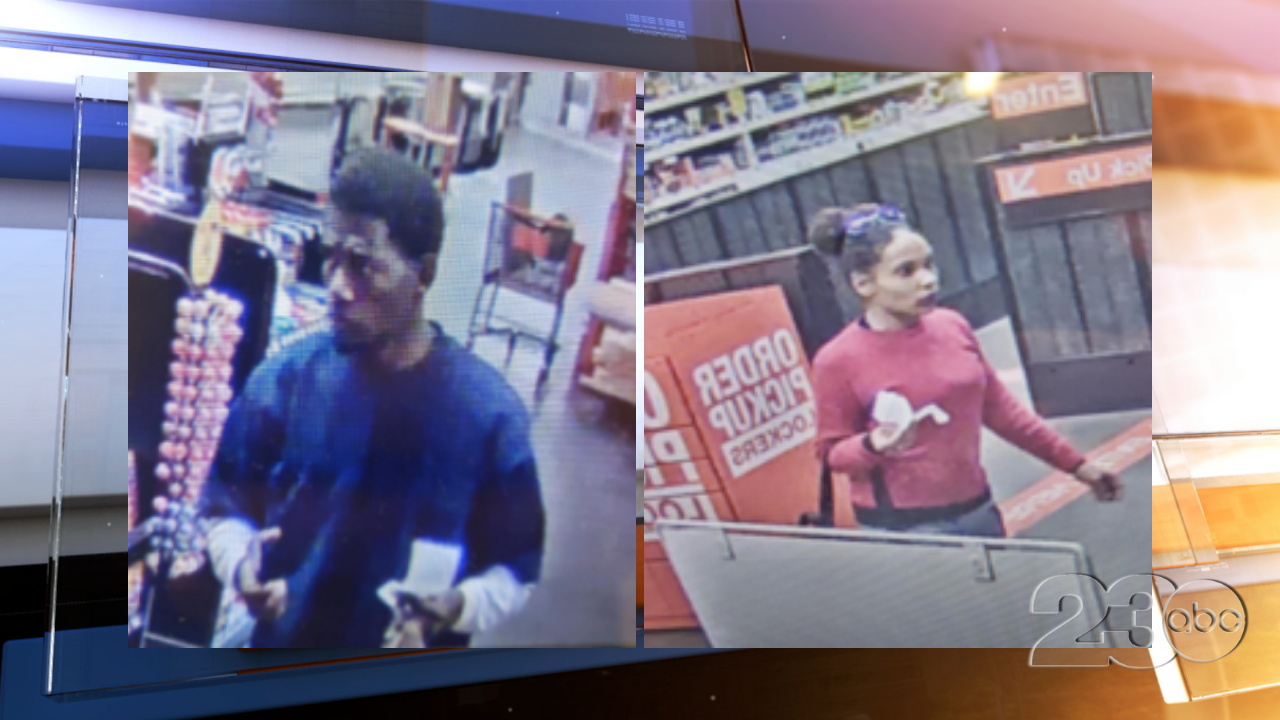 The Bakersfield Police Department is asking for the public's help in identifying two suspects wanted in connection to an auto theft.

According to the BPD, the theft occurred on February 8th in the 4300 block of Ming Avenue. The suspects were seen driving the victim’s vehicle shortly after it was reported stolen. The victim's vehicle has been recovered.

The first suspect is described as a black male between 20 and 25-years-old. He stands 6’2” with a slim build, black hair and brown eyes. He was last seen wearing a dark-colored t-shirt over a white long-sleeved shirt and dark jeans.

The second suspect is described as a black or Hispanic female between 20 and 25-years-old. She is 5'2" and 120 pounds with brown hair. She was last seen wearing a red long-sleeved shirt, blue skinny jeans, and carrying a small purse.