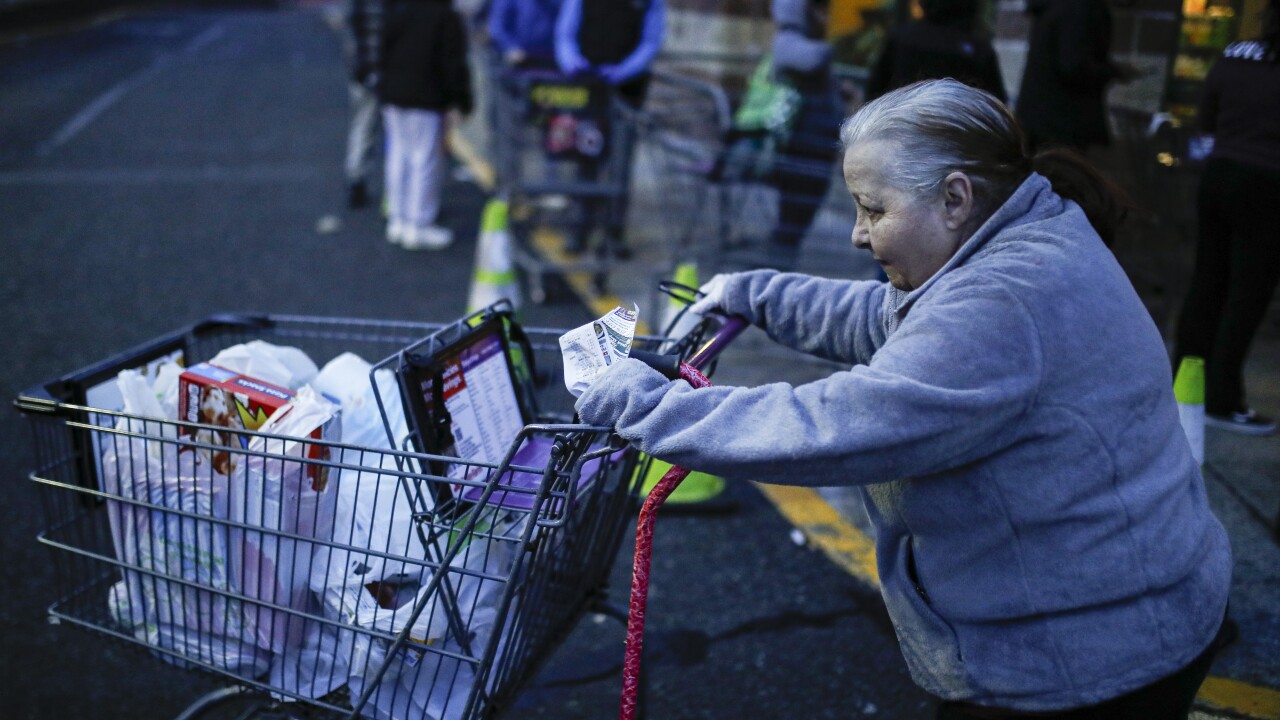 John Minchillo/AP
Customers exit with loaded shopping carts at a Stop & Shop supermarket that opened special morning hours to serve people 60-years and older due to coronavirus concerns, Friday, March 20, 2020, in Teaneck, N.J. For most people, COVID-19, the disease caused by the new coronavirus, causes only mild or moderate symptoms, such as fever and cough. For some, especially older adults and people with existing health problems, it can cause more severe illness, including pneumonia. (AP Photo/John Minchillo)

BAKERSFIELD, Calif. — The Better Business Bureau Serving Central California & Inland Empire Counties has announced it received its first official complaint of price gouging from a Kern County resident. The BBB said the resident, who wished to remain anonymous, filed a complaint against a local supermarket in Wasco.

"With many items flying off the shelves at grocery stores nationwide, scarcity has been a huge topic of concern for both consumers and business owners alike," the BBB said.

The BBB said according the report, on March 22, the resident entered the market shopping for various items. When the resident went to grab eggs, they saw a one-dozen package was selling for $4.99.

The resident said they confronted a store manager about the price and was told "You don't have to shop here if you don't want to," according to the resident's report.

BBB continues to warn businesses to avoid the temptation of raising prices during this pandemic situation, not only because it is illegal to do so in the State of California, but because it erodes marketplace trust. Consumers will remember which businesses took advantage of them during this time after all is said and done.