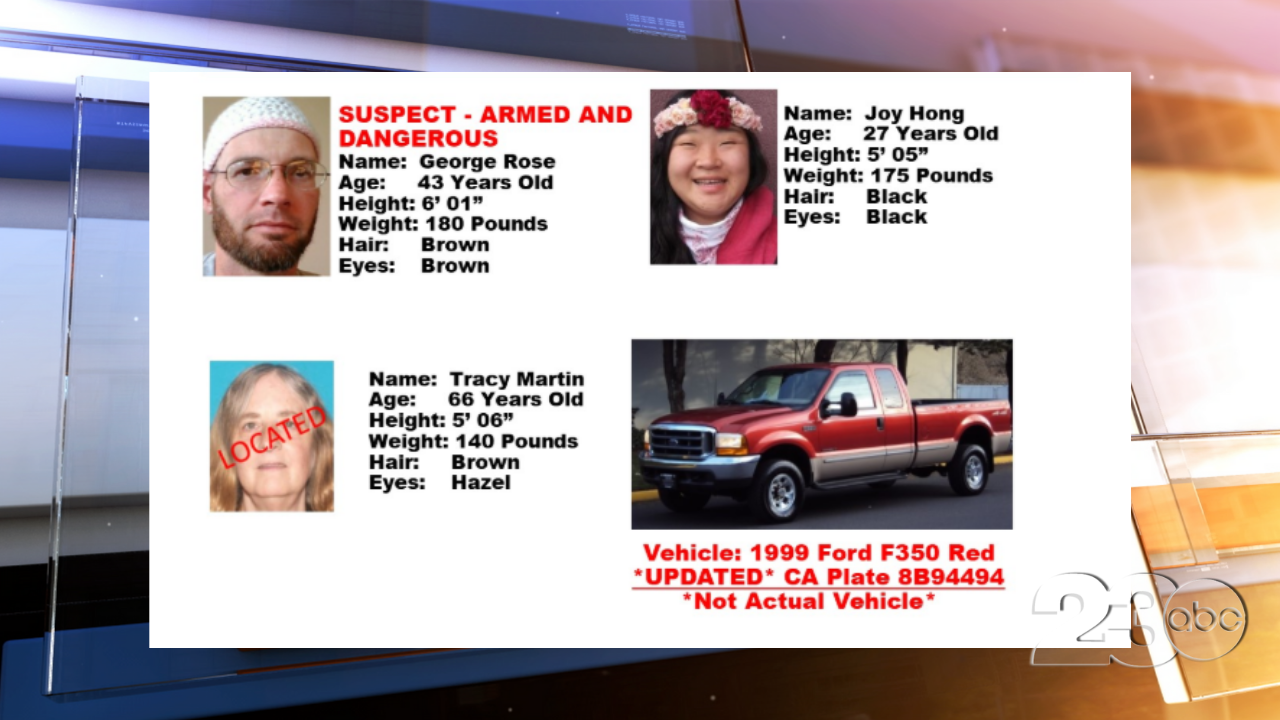 HUMBOLDT, Calif. — The California Highway Patrol is asking for the communities help in locating a woman who was taken by a suspect considered armed and dangerous.

According to the CHP, 27-year-old Joy Hong and 66-year-old Tracy Martin were kidnapped from Humboldt by 43-year-old George Rose.

Martin has since been located, but Hong is still missing and considered at-risk.

George is described as being 6 feet 1 inches tall and around 180 lbs. He has brown hair and hazel eyes. He is considered armed and dangerous.

If you see them or have any information in connection to this case, you asked to call 9-1-1.