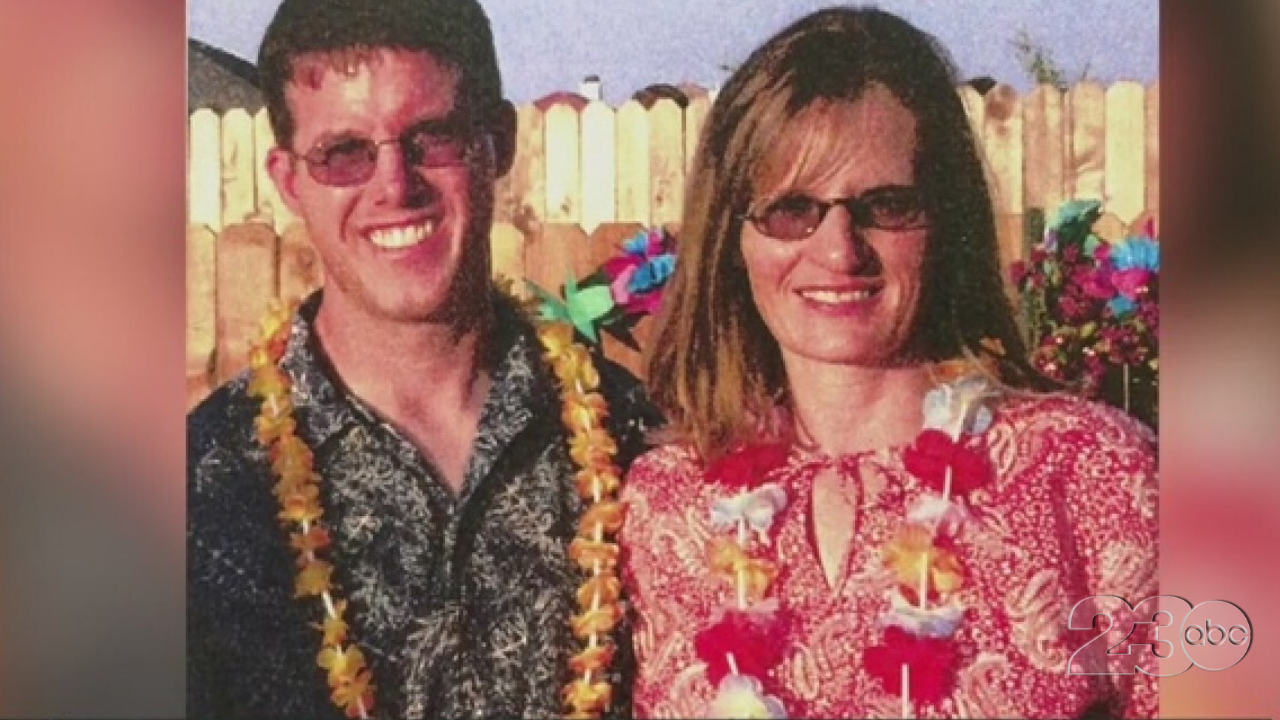 Derek Connell, 33, who was found guilty in the 2016 shooting deaths of his mother and stepfather has been sentenced to life in prison. Earlier this month a jury returned a guilty verdict of first-degree murder in the death of Connell's stepfather, Chris Higginbotham. He was also found guilty of second-degree murder of his mother, Kim Higginbotham.

On Thursday, Connell was sentenced to 25 years times three and life in prison without parole.

On April 30, 2016, officers responded to the Higginbotham home on Lily Pad Court in Northwest Bakersfield to find a bloody scene. Chris's body was laying face-down covered in bleach and comet cleaning powder. He had been shot multiple times. Kim was found approximately 20-feet away with a single gunshot wound.

Police said they were alerted to the scene by Kim's sister in Ireland. She told officers her nephew, Connell, Facetimed her the crime scene.

During the trial, Connell testified that he did not kill his mother, but shot his stepfather in an act of self-defense.

The prosecution argued during closing arguments that Connell repeatedly lied to police during the investigation and therefor his testimony of what happened that night could not be trusted.

During the investigation, Connell was interviewed three separate times and each time, his story changed. The prosecution pointed out that during the first interview Connell "swore to God" he was telling the truth, only to admit later on that his original statement was a lie.