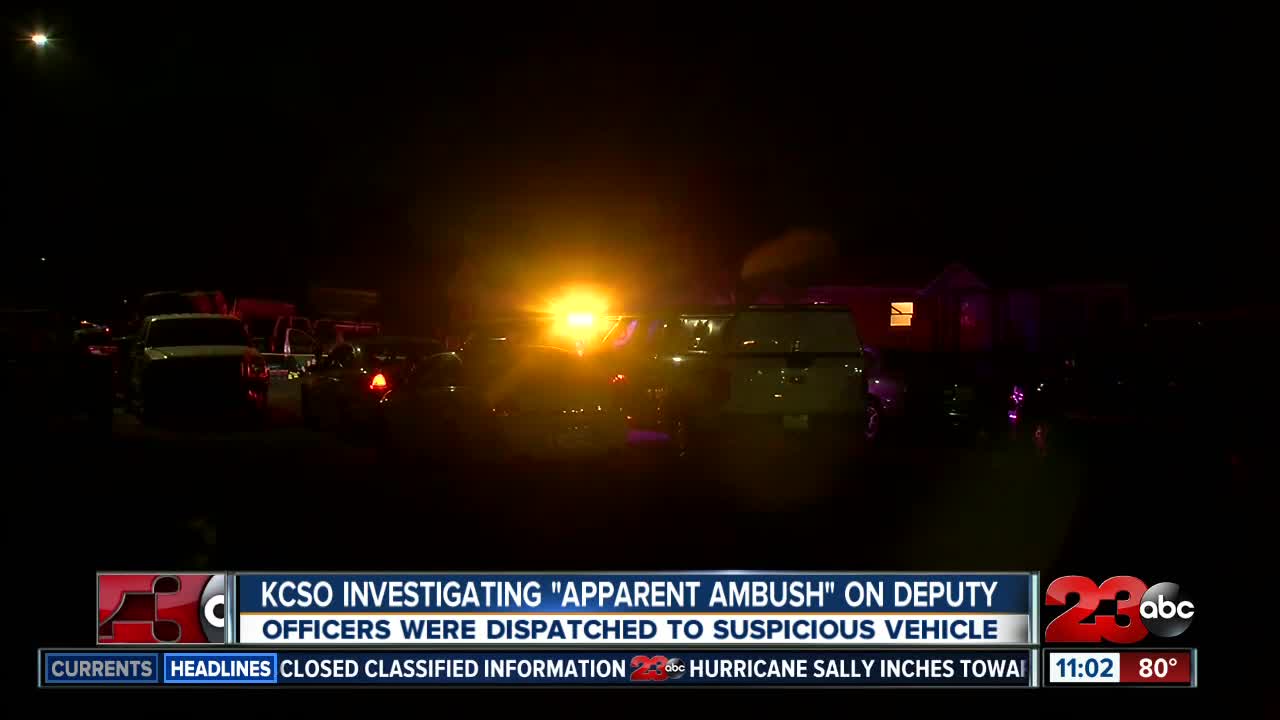 (UPDATE 8 PM) According to court documents, Usher is due in court Thursday at 3 p.m. His criminal history includes evading an officer, drunk and disorderly.

(UPDATE 1 PM) The Kern County Sheriff's Office identified the suspect as 31-year-old Ricardo Usher, who is still in a local hospital receiving treatment after being shot by a deputy on Tuesday.

The Kern County Sheriff's Office is saying a call about a suspicious vehicle in Oildale could have been a copycat ambush attack similar to one that happened in Los Angeles. 23ABC's Kylie Walker provides additional details.

KCSO said that when a deputy arrived in Oildale just after 1 a.m. Tuesday morning to investigate a suspicious vehicle an alleged suspect charged the deputy from behind in what officers are calling an apparent ambush. The suspect was shot by the deputy. Police described the suspect as a 31-year-old Hispanic man.

"At this point, it is very similar to a copycat style of what happened in LA the other day. The deputy involved was on a completely unrelated call when a subject rushed up to him from behind. The deputy didn't know what he was doing or what he was armed with at the time, so this is a very similar type scenario," said Lieutenant Joel Swanson of the Kern County Sheriff's Office.

The suspect was transported to the hospital with what officials are calling non-life-threatening injuries. The suspect is expected to be booked into the Kern County jail for felony assault charges after he is released from the hospital.

Swanson said detectives are trying to trace back where the original call came from. He added it is too early to tell if this was a setup or a crime of opportunity for the subject. Since the sheriff's office is looking into this as a possible copycat attack they have implemented new security measures.

“This initially started out as a very benign call and then it escalated very quickly from there so the deputies just never know what they are going to be getting into on each call for service they go to,” said Swanson.

Swanson told 23ABC the deputy was wearing a bodycam that was turned on at the time of the incident. 23ABC has requested the footage.