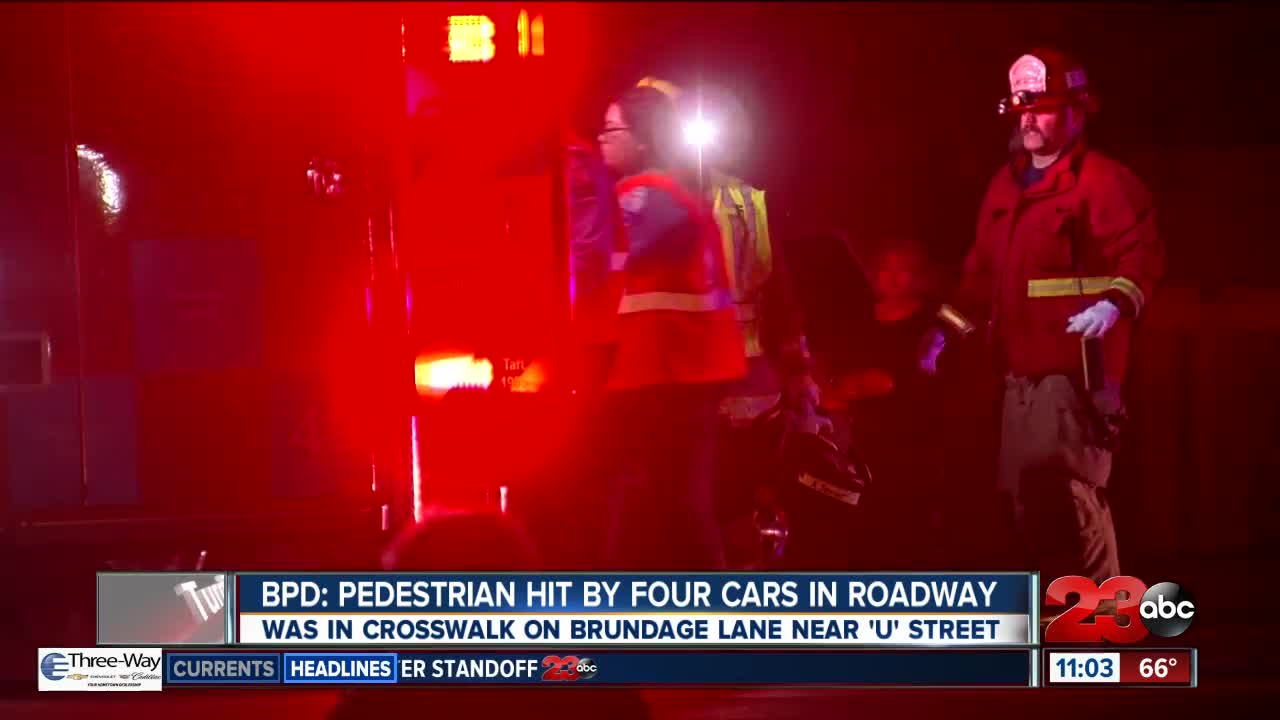 BPD looking for suspects after a pedestrian was hit by four vehicles. 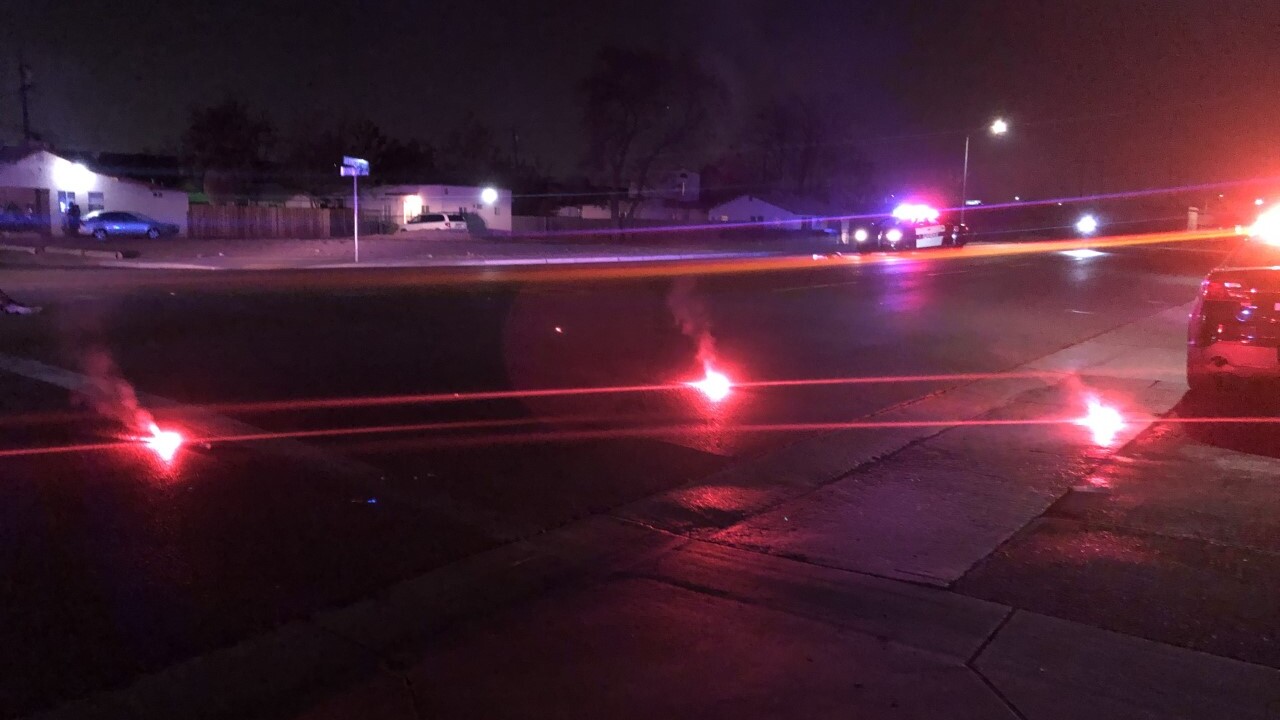 BAKERSFIELD, Calif. — A man is in the hospital in critical condition after he was run over by four vehicles in Central Bakersfield Sunday evening.

Bakersfield Police Officers responded to the area of Brundage Lane and U Street around 5:35 p.m. Sunday. When they arrived, they found the victim had major injuries and he was taken to a local hospital.

The investigation uncovered that the man was crossing the street inside of a marked crosswalk when he was hit by a vehicle heading westbound. That vehicle fled the scene. The man fell into the eastbound lanes of Brundage Ln.

While the man was laying in the street, he was hit by three other vehicles. The second and third vehicles that hit him fled that scene also. The fourth vehicle remained at the scene and helped officers with the investigation.

At this time there is no suspect information and the investigation is ongoing.

Anyone with information is asked to call the Bakersfield Police Department at 327-7111.

This is a developing story and we will continue to update it as we get more information.