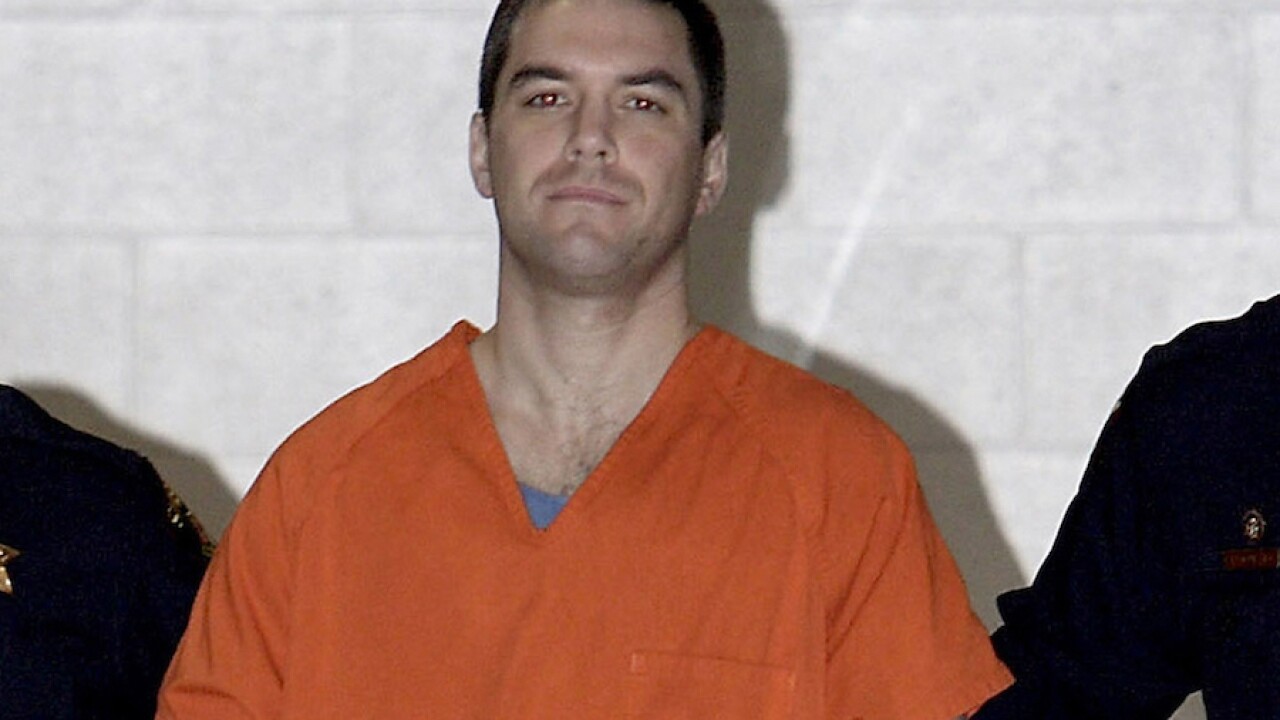 AP2005
JUSTIN SULLIVAN/AP
FILE - In this March 17, 2005 file photo Scott Peterson is escorted by two San Mateo County Sheriff deputies to a waiting van in Redwood City, Calif. The California Supreme Court has overturned the 2005 death sentence for Peterson in the slaying of his pregnant wife. The court says prosecutors may try again for the same sentence if they wish in the high-profile case. It upheld his 2004 conviction of murdering Laci Peterson, who was eight months pregnant with their unborn son. (AP Photo/Justin Sullivan, Pool, File)

SAN FRANCISCO (AP) — The California Supreme Court has ordered a second look at Scott Peterson's conviction for killing his pregnant wife and unborn son, less than two months after overturning his death penalty.

The Los Angeles Times says the court Wednesday sent the case back to a San Mateo County court to determine whether Peterson should receive a new trial. The court said a juror committed "prejudicial misconduct" by failing to disclose she'd been involved with other legal proceedings in which she feared for her unborn child.

Peterson was convicted of killing his wife and unborn child, who vanished in 2002. Their bodies washed ashore months later in San Francisco Bay.