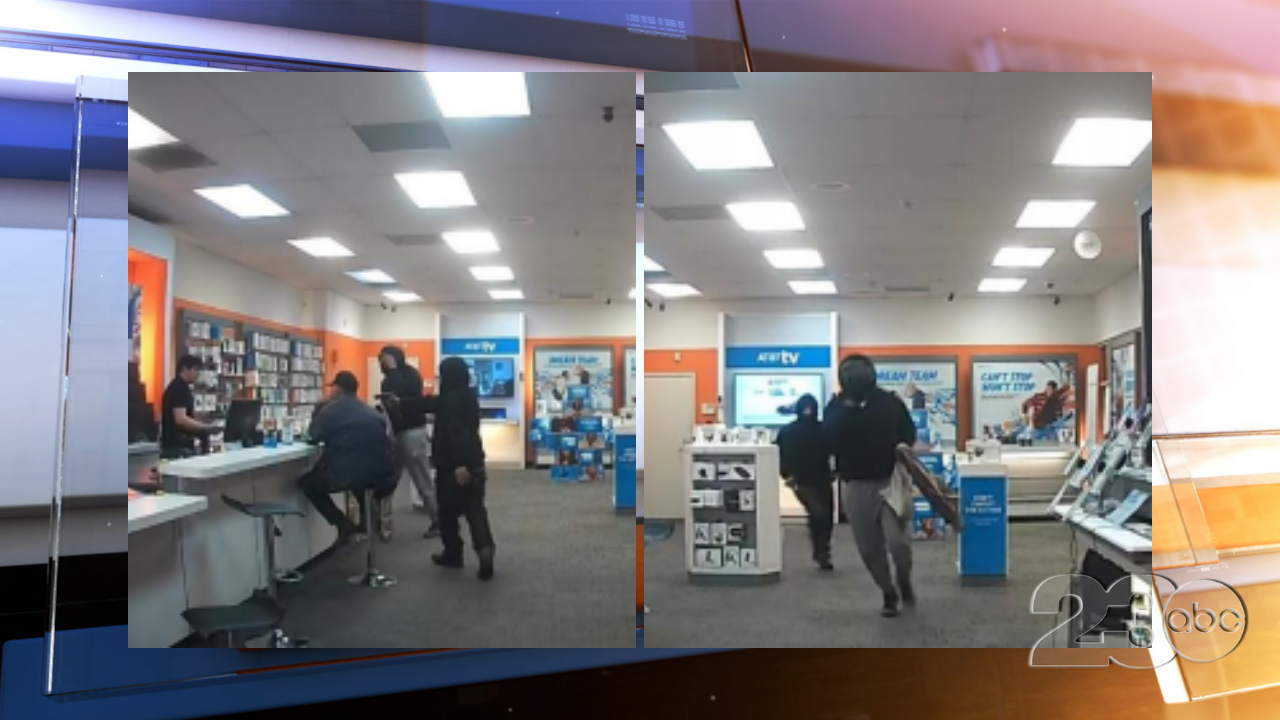 TEHACHAPI, Calif. — The Tehachapi Police Department is searching for two suspects involved in an armed robbery and carjacking that occurred on March 17 at around 7:30 p.m.

According to the TPD, two suspects armed with handguns entered the AT&T store in the 600 block of Tucker Road and demanded an employee open the cash register and safe. One of the suspects struck the employee with his gun. Then the two suspects fled the business with an undisclosed amount of money.

When they reached the parking lot, the suspects forced the occupants of a Ford F-350 out of the vehicle at gunpoint. One of the suspects fled the scene in the truck, while the other suspect fled in an SUV.

The first suspect is described as a black male, approximately 5’8” tall. He was last seen wearing a dark hooded sweater, dark-colored jeans, and a bandanna covering his face.

The second suspect is described as a black male, approximately 6’0” tall with a stocky build. He was last seen wearing a dark hooded sweater, light-colored sweatpants and a bandanna covering his face.

The truck they stole was a white 2015 Ford F-350 with California license plate number 47313V1 with “Union Engineering” decals on the doors.

Anyone with information regarding the incident should contact the Tehachapi Police Department at 661-822-2222. Anonymous tips can also be submitted online.