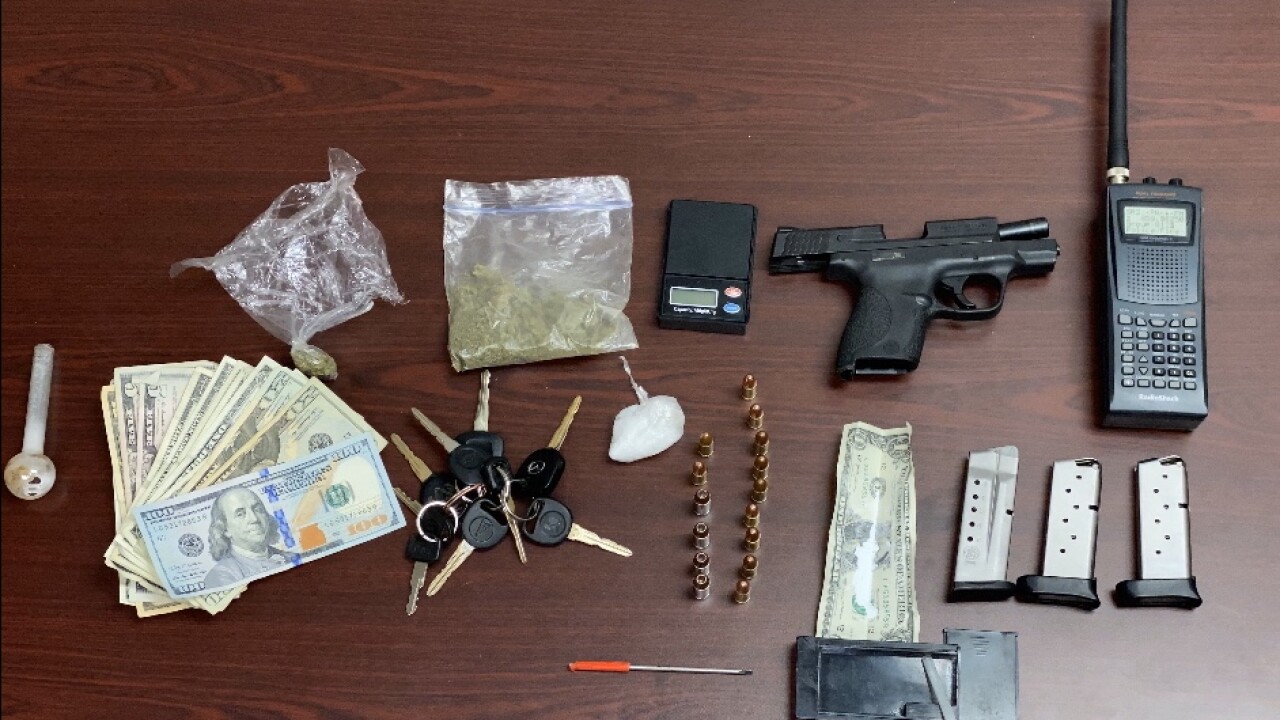 WASCO, Calif. — A traffic stop in Wasco led to the arrest of three men on drug and weapon charges.

According to the Kern County Sheriff's Office, conducted a traffic stop on a black SUV in the 2500 Block of Yellowstone Court in Wasco. During the stop, police determined that two of the occupants of the vehicle were on probation, which led the deputies to conduct a search of the vehicle.

During the search, deputies found a stolen handgun, as well as methamphetamines, cocaine, marijuana, keys used to steal vehicles, a police scanner and cash.