Eiffel Tower, Louvre to close this weekend as France braces for more protests 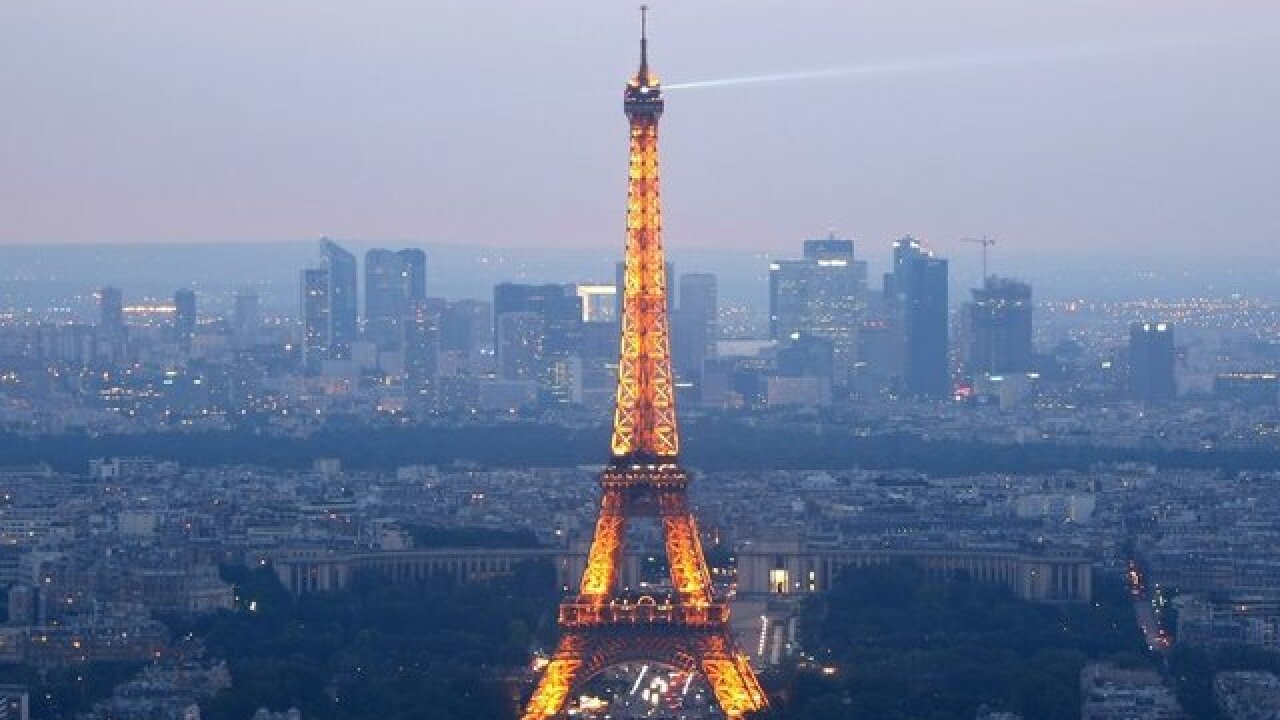 France is bracing for yet another weekend of protests that could rock Paris and other parts of the country.

Prime Minister Edouard Philippe said the government was deploying 89,000 security force members across France -- including 8,000 in the capital -- in case the demonstrations turn violent again.

Many of the capital's famed sites -- including the Louvre, the Eiffel Tower, the Musée Delacroix and the Paris Opera -- will close over the weekend in advance of the protests, organized by the "gilets jaunes," or "yellow vest" movement. Their name comes from the high-visibility yellow vests that drivers are required to keep in their vehicles for safety reasons.

Interior Minister Christophe Castaner vowed Friday to deploy all the means available to ensure the latest "yellow vest" protests are not hijacked by what he said were "10,000" people, "a small minority" of the movement who have been "radicalized and fallen into violence and hate."

"We have to guarantee the safety of protesters and the right of citizens to move around freely," Castaner told a news conference.

Nationwide, some 630 people were arrested and more than 260 were injured, including 81 police officers, during last weekend's protests, the third consecutive week of such demonstrations.

There have also been four accidental deaths, according to officials. Three of them resulted from traffic accidents related to the blockades and the fourth was an 80-year-old woman who died in Marseille after being hit by a tear gas canister that came through her window.

The demonstrations began as a form of grassroots opposition to rising gas prices and planned increases in taxes on polluting forms of transport, but they have since evolved into broader demonstrations against the government of President Emmanuel Macron.

Macron appeared to back down Wednesday, announcing that the fuel tax planned for January -- as part of measures to combat climate change -- would not be introduced in 2019. But the movement now appears to be about more than just taxes; it's exposed the growing divide between Paris' metropolitan elite and the country's rural poor.

Maxime Nicolle, a member of the gilets jaunes from rural Brittany, told CNN: "I'm definitely not backing down now. The moratorium is useless. The people want a referendum, a referendum on Macron, the senate and the national assembly."

Street furniture, such as railings around trees and benches, will be removed from parts of Paris ahead of the expected protests.

Paris Mayor Anne Hidalgo said municipal services were "mobilized and determined to ensure everyone's protection." In particular, she said, about 2,000 items of street furniture, including 58 public bike stations, are being removed so "troublemakers" cannot use the objects as weapons. Municipal buildings will be closed, she said.

In an appeal to protesters, the mayor said: "Please take care of Paris, because Paris belongs to all the French people."

Many of those protesting have moved into the suburbs due to rising real estate prices. Suburban protesters, like those from rural areas, argue that they're disproportionately affected by the now-shelved gas tax, as they rely on gasoline and cars much more than city-dwellers.

Castener said he had talked to protesters around the country and had some sympathy with their concerns and economic troubles.

But, he said, the French government had made appropriate gestures. "The Prime Minister opened the door, and canceled the environment tax," he said.

The unrest has also spread to hundreds of high schools across the country, where students are demonstrating against the government's recent education reforms.

More than 140 people were arrested outside a school in the Paris suburb of Mantes-la-Jolie on Thursday after protesters clashed with police and set two cars alight, according to the AFP news agency.

Education Minister Jean-Michel Blanquer told radio station France Inter on Friday that he, like many others, had been shocked by images of students in Mantes-la-Jolie being made to kneel with their hands behind their heads by security forces. But he said it was important to note that elements from outside the high school had made use of the situation to stir up trouble and attack security forces.

It's unclear if the gilets jaunes demonstrations will be as violent or as large this weekend as they have been previously. The number of protesters peaked last month at 282,000, according to the Interior Ministry, but has been slowly on the decline, with 136,000 taking part on December 2.

Since the first protests were held in mid-November, 1,648 people have been injured in total, including 552 police officers, the Interior Ministry said. More than 1,600 people have been taken in for questioning and 1,387 have been arrested.

Small retailers, hotels and restaurants have all seen their takings fall significantly as a result of the protests, according to the French Ministry of Finance.

While large protests are common in France, they're usually organized in a top-down fashion by the country's powerful unions. By contrast, the gilets jaunes protests began as a grassroots movement that emerged online, with Facebook events set up by citizens mostly from rural areas, who are struggling to make ends meet.

Dominique Moisi, a foreign policy expert at the Paris-based Institut Montaigne and a former Macron campaign adviser, told CNN the French presidency was not only in crisis but that Europe's future also hung in the balance.

"In a few months from now there will be European elections, and France was supposed to be the carrier of hope and European progress. What happens if it's no longer? If the president is incapacitated to carry that message?" Moisi said.

"It's about the future of democracy, as well, illiberal democracies are rising all over the world. And if Macron fails, the future of France risks looking like the presidency of Italy today. And it's much more serious because we have a centralized state which plays a major role in the balance of power within Europe.

"But make no mistake, it is a French version of a much more global phenomenon."