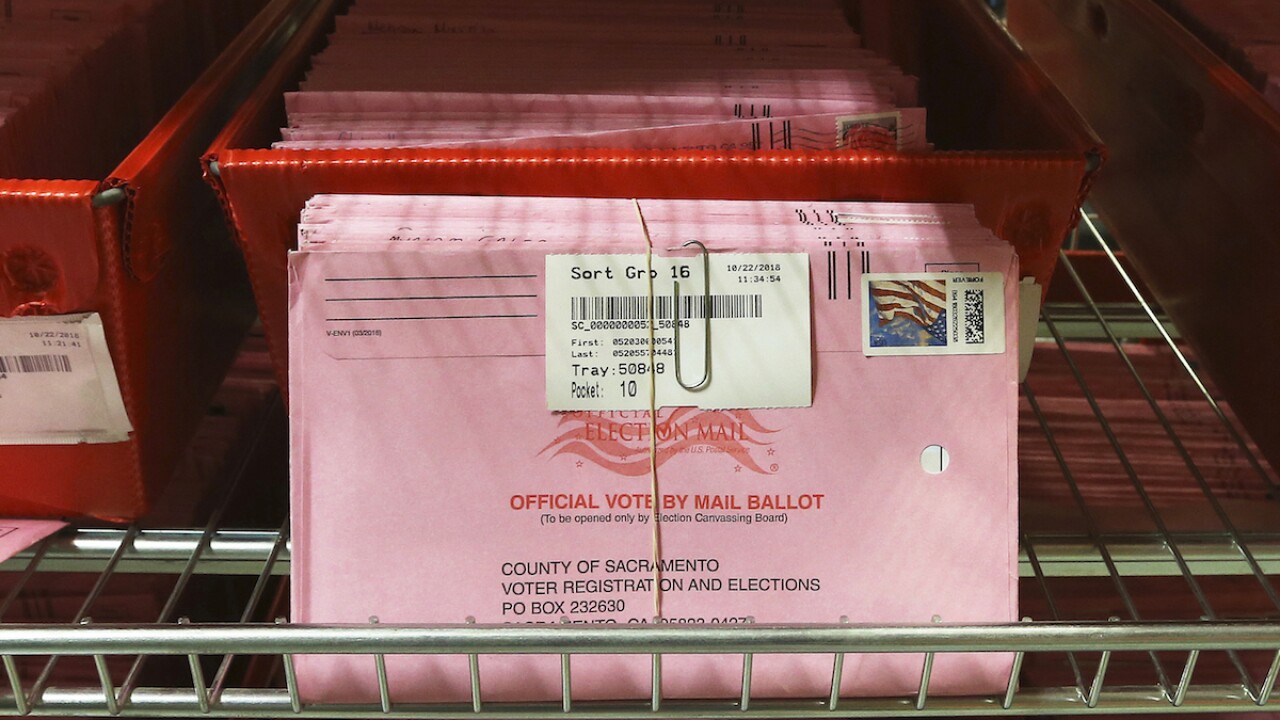 Copyright 2018 The Associated Press. All rights reserved
Rich Pedroncelli/AP
HOLD FOR USE WITH STORY MOVING MONDAY JULY 13, 2020-FILE - In this Oct. 22, 2018, file photo, mail-in ballots are placed in bins to be processed after arriving at the Sacramento County Registrar of Voters in Sacramento, Calif. Over 100,000 mail-in ballots were rejected by election officials in California’s March presidential primary, highlighting a glaring gap in the effort to ensure every vote is counted as a national dispute rages over the integrity of vote-by-mail elections. (AP Photo/Rich Pedroncelli, File)

On Sunday, the secretary of state issued a memo telling county registrars the boxes are illegal and ballots must be mailed or brought to official voting locations.

State GOP spokesman Hector Barajas said Monday the party owns the boxes. He declined to say how many exist and where they are located.

He said the GOP’s boxes are no different than methods use by Democrats to ensure ballots get returned.

Neal Kelley, the Orange County's registrar of voters, said official drop boxes are clearly recognizable and carry the official county elections logo. He said it wasn’t clear how many voters had used unofficial boxes but after receiving reports about them he notified the state and district attorney’s office.