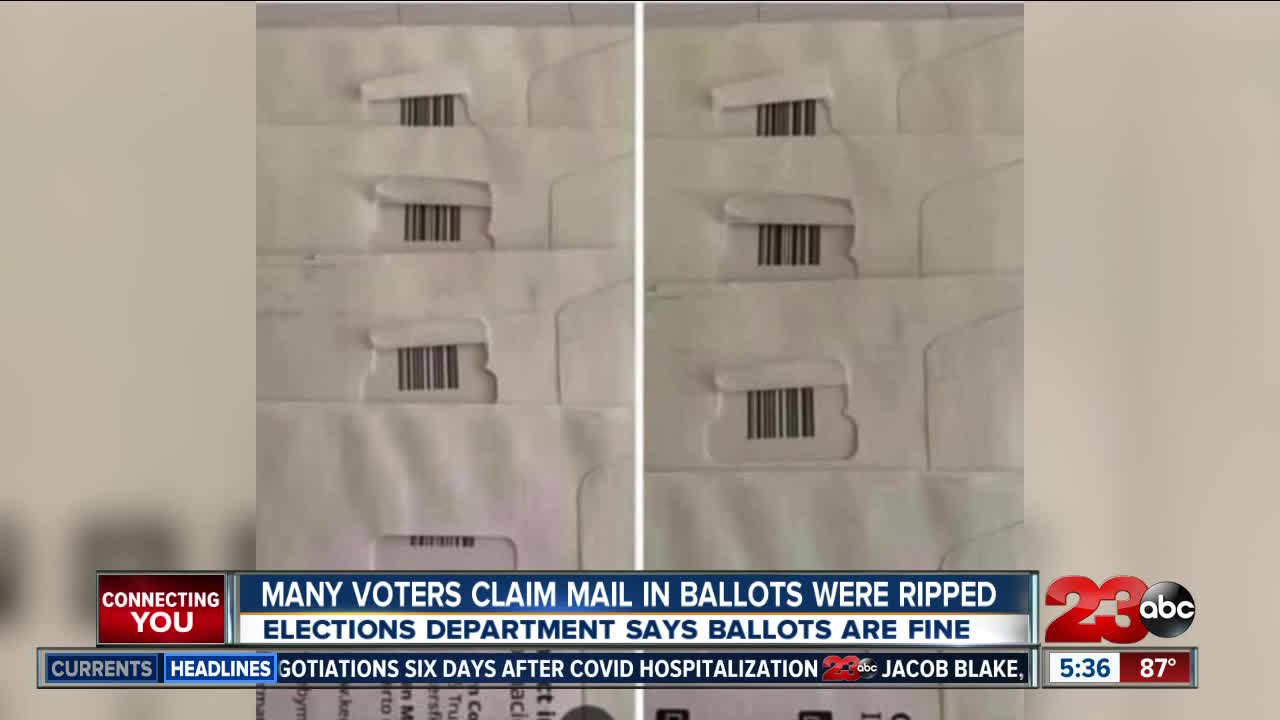 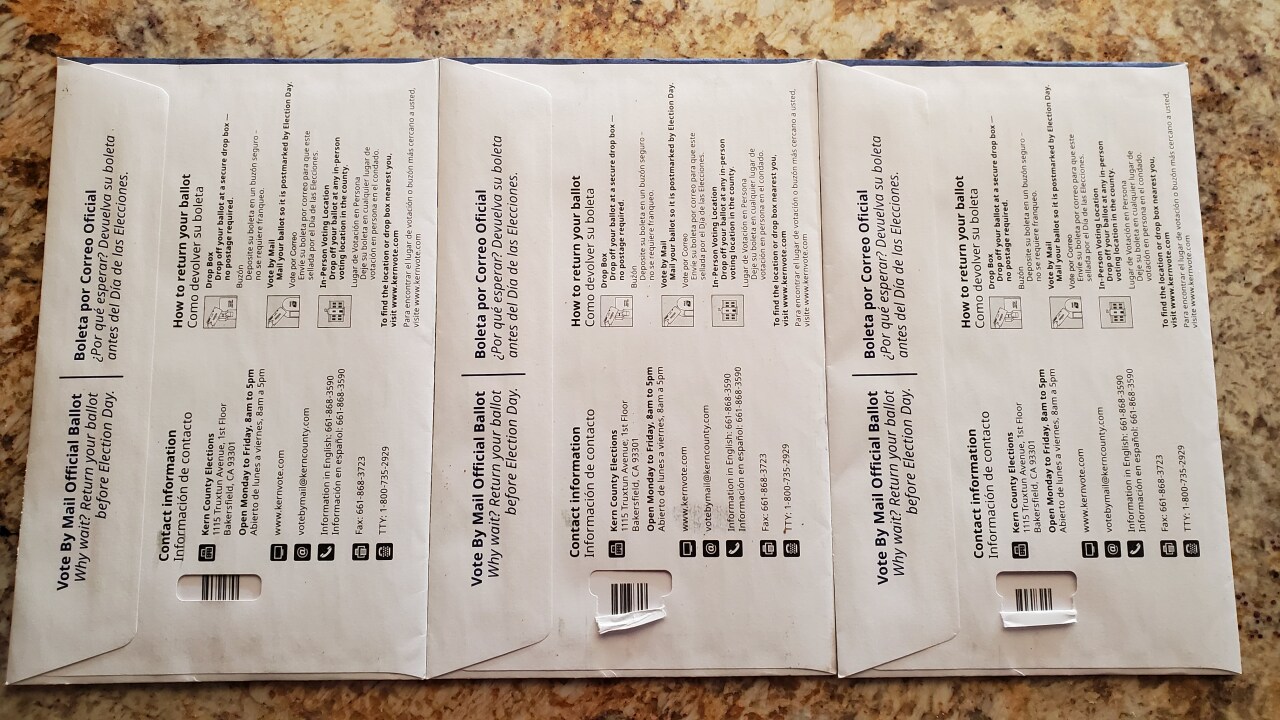 Regarding the ballots in the photos, we are investigating any potential causes of the damage caused by our processing equipment during handling and will address any root causes. We realize that all mail is important and that our customers have every right to expect it to be delivered in good condition. We sincerely regret the damage to these important pieces of Election Mail during handling by the Postal Service. We assure you that we are constantly improving our processing and handling methods to prevent occurrences such as this.

Hundreds of Kern County voters believe their mail-in ballots were tampered with after receiving them partially ripped this week. 23ABC's Tori Cooper spoke to the Kern County Elections Department Auditor-Controller Mary Bedard to find out why voters may be experiencing this and she also talked to a voter to get their response.

Bedard told 23ABC News Wednesday, that she isn't completely sure why some mail-in ballots were ripped by the bar code area but she said it could be a post office mechanical error.

“The ripped portion is it I think... it just has to do with when it had to go through the postal equipment. I think some of them may have gotten ripped but there is nothing at all wrong with it and there’s really no problem with it,” she said.

Even though Bedard said it may be a postal equipment issue she said she is still not completely sure why this is happening to some ballots rather than others. She said that all mail-in ballots are also supposed to have the barcode on the outside and that they are not intended to be sent out where it would require a person or a machine to open it.

Many pictures were also sent to 23ABC by local Kern County voters, showing how their ballots were all ripped in the same area where the bar code should be. There is typically also a clear film over the barcode area so that the code is visible without needing to open it.

This is also why many said the machine or person should be able to make it out without opening it.

Hundreds of Kern County voters said this is another reason to vote in person this year. Some on social media even saying its a ploy by the democrats to impact the election, while others like Bakersfield resident Debbie Lee said this not why she doesn’t trust the mail-in voting system.

“I don’t necessarily trust the mail-in voting process itself, just because you know not necessarily that USPS is doing anything fishy or anyone else is doing anything fishy, it’s just if I put it in the mail is it actually going to reach the destination which is the elections office? Or is somebody who is maybe a thief or who has mail keys is going to take mail and just randomly discard it,” Lee said

Lee said even though she doesn’t trust that her ballot will arrive where it needs to or on time due to the postal service issues, she doesn’t believe that the actual ballot that was mailed to her was tampered with for any reason.

After several voters, both Democrats and Republicans in Bakersfield said this happened to them, we reached out to the U.S Postal Service to see if this may be a result of a scanning machine processor error. The USPS has not yet provided a response to 23ABC News.

Some other ballots that were torn sent to us by 23ABC viewers: