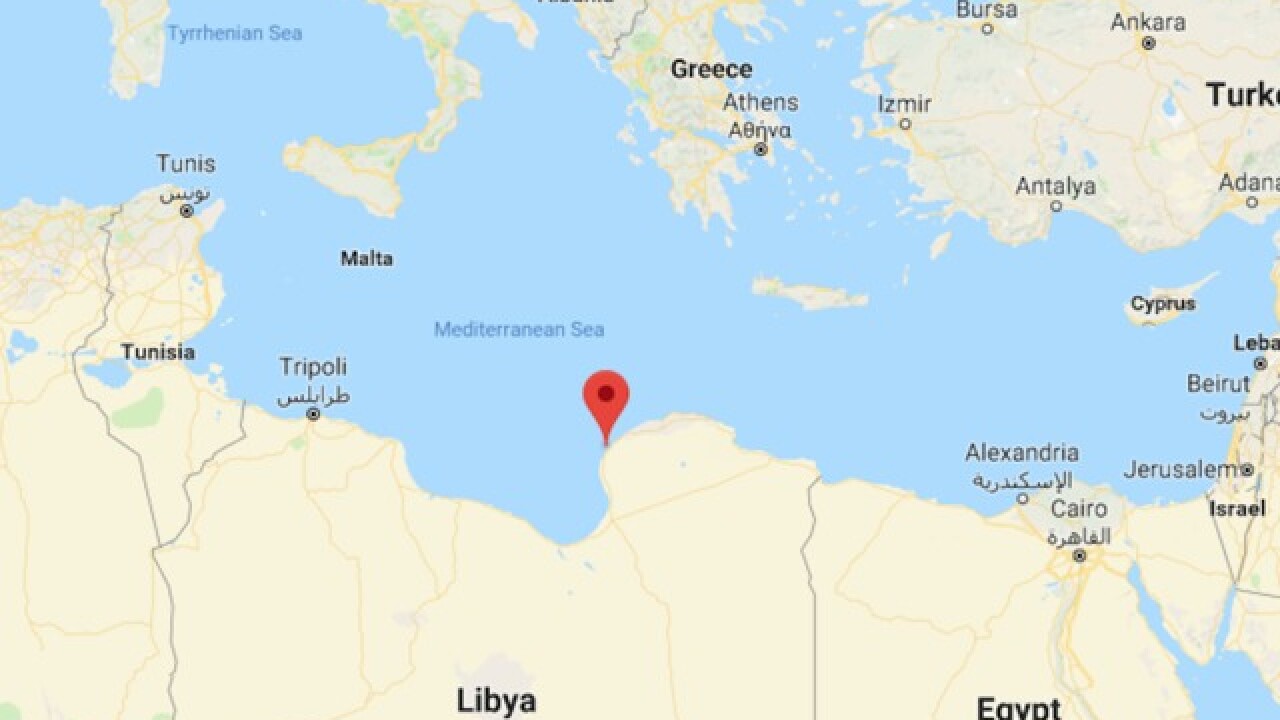 At least 34 people have been killed after two car bombs were detonated near a mosque in the Libyan city of Benghazi, state media reported, in one of the deadliest attacks in the country since civil war broke out in 2011.

Medical centers said that at least 87 others were wounded in the double blast, which targeted worshipers late Tuesday as they left the Al-Radhwan mosque in the city's east.

Images of the attack's aftermath showed a cordon around a gutted and charred car with a pool of blood below it and a damaged pick-up truck beside it.

People were seen outside the mosque crying and consoling each other amid scattered debris, dented vehicles and the shattered tiles of a small structure's foundation.

No group has claimed responsibility for the attack.

Local media said Benghazi authorities were urging residents in the Al-Salmani al-Sharqi neighborhood to assist authorities in finding the perpetrators.

Libya has been hit with a string of attacks since the Arab Spring gave way to civil war.

The country has been fighting ISIS in recent years, but a US air campaign against the militant group has largely reduced its presence in the country.