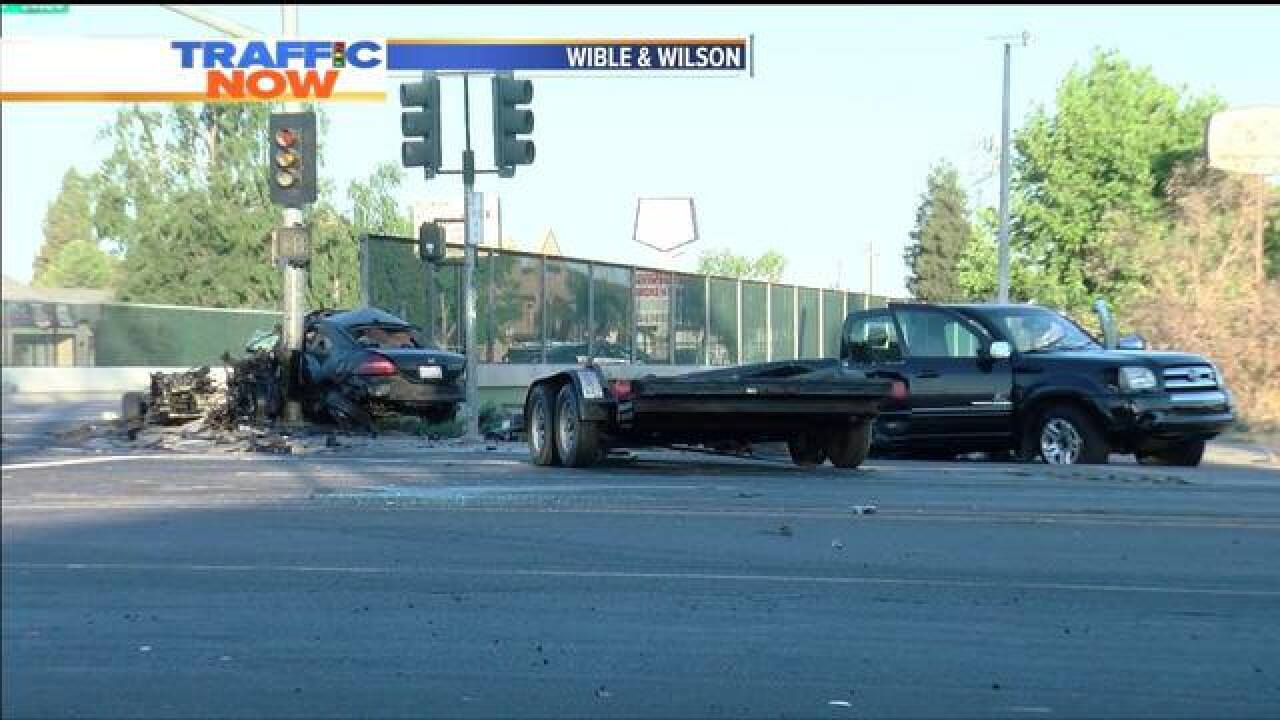 The driver in Wednesday morning's fatal crash at the intersection of Wible and Wilson Roads in South Bakersfield has been identified by the Kern County Coroner's Office.

They say 24-year-old Edgar Eduardo Rojas was killed when the car he was driving collided with another car at that intersection.

Officers say fire crews and medical personnel began providing aid to Rojas, but he was pronounced dead at the scene. The other people involved reportedly suffered minor injuries.

Bakersfield Police say a total of three cars collided just before 6 a.m. Wednesday. BPD says a black car was headed west on Wilson Road and collided with a truck pulling a trailer. The impact sent the trailer into a third car that was waiting to turn left. The black car came to a stop around a pole.

The intersection and some of the surrounding roads were shut down for several hours.