United States may lose measles elimination status due to outbreaks 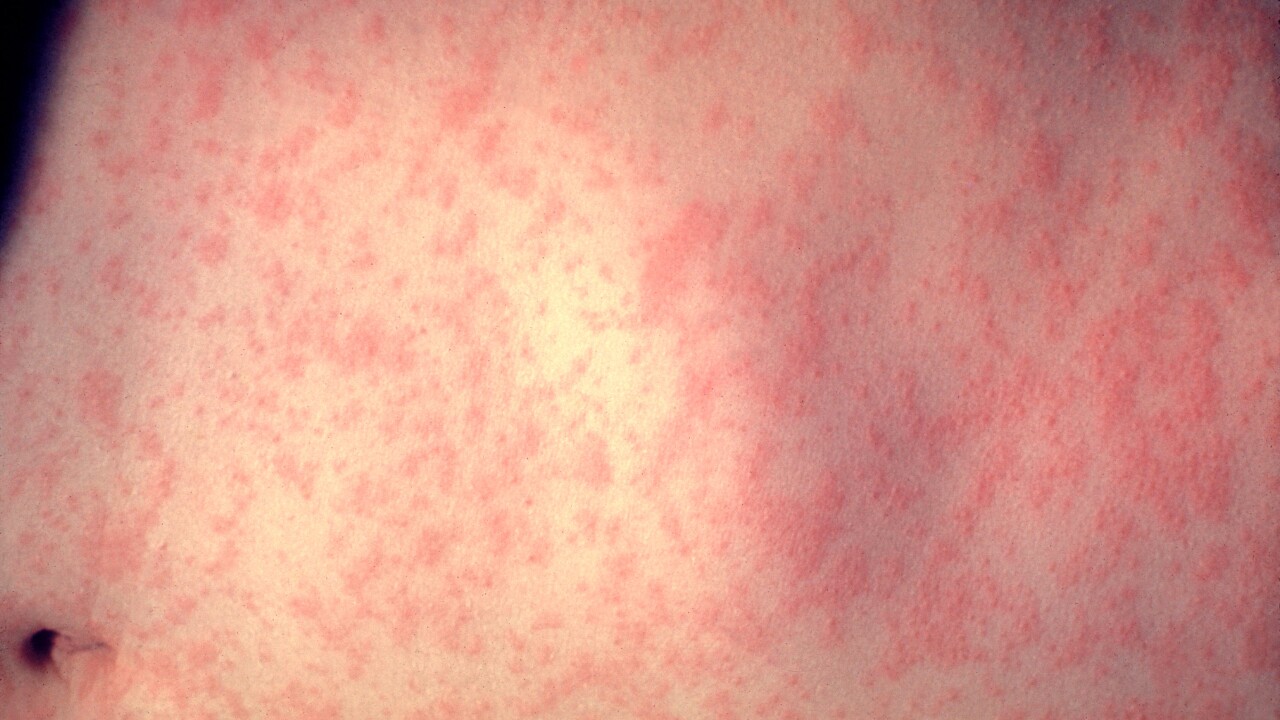 Handout/Getty Images
NEW YORK - 1958: In this handout from the Centers for Disease Control and Prevention (CDC), the skin of a patient after three days of measles infection is seen at a New York hospital in 1958. Measles outbreaks have been reported throughout the U.S., with the latest reported February 5, 2015 at a daycare in suburban Chicago where as many as five children under the age of one have been infected. (Photo by CDC via Getty Images)

Twenty-nine other states have had measles outbreaks in the past 12 months but those were much more short-lived than the ones in New York.