Bakersfield family gives back after their house catches fire 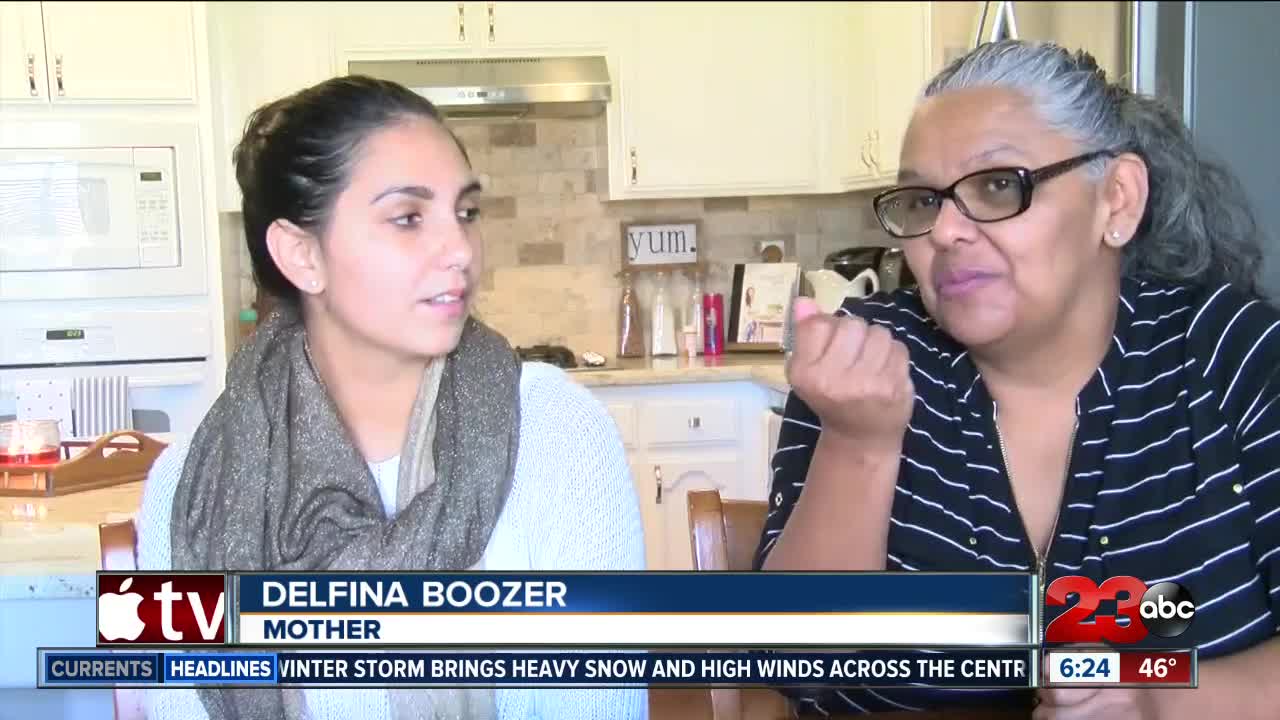 Bakersfield family whose house burned down gives back to the homeless community with an event called, "Love Thy Neighbor."

BAKERSFIELD, Calif — It was a cold Tuesday morning when Jessica Carlson, 24, got a frantic call from her parents about a fire on Forest Street. She arrived shortly after that call to find her childhood home almost burned to the ground.

“I didn’t know a house could hold you with so many stories and memories," Delfina Boozer, 46, said. "I remember taking my daughter up those steps."

Delfina Boozer and her husband, John Boozer, had not lived in their house on Forest Street in a few years, but they still owned it. The plan was to move their son and his family into the home in just a few weeks.

Their house caught fire on Nov. 13 when a vacant house next to it went up in flames for reasons that are still unknown, according to the Kern County Fire Department. The Boozer family claims that members of the homeless community often frequented the vacant house for shelter and set fires to keep warm.

“We even spoke to some of the people, the fire department and whoever was out there and they said that they’re constantly going to that house and kicking people out.” Jessica Carlson said.

However, the Boozer family says they don’t blame whoever started the fire.

“When people get desperate, they do crazy things. We’ve had some cold nights.” Carlson said. “Of course we’re upset and we’re hurt and we’re mad, but that doesn’t mean that we’re gonna take it out on other people. Instead we’re gonna show love. We’re gonna do something crazy for those people who actually caused it.”

They’re showing that love with an upcoming event called “Love Thy Neighbor” where they’ll be giving out jackets, gloves, and food to the homeless.

“If a jacket and gloves is going to prevent somebody else’s home from being destroyed then that’s what it’s gonna be.” Carlson said. “Why not take this opportunity that we have where people are listening to us and say something worth listening to, do something worth watching?”

The Boozer family has been collecting donations and raising money for this event.

“It’s okay to give back. it’s okay to see somebody and not see them for the state of life that they’re in but see them as a community member and as a friend and as your neighbor and help them because maybe one day they can help you out.”

The Boozer family is still collecting clothing donations and are set to hold “Love Thy Neighbor” on Dec. 1 from 10 a.m. to 12 p.m. at Vessels of Honor Ministries. You can help their cause by visiting their Facebook page.

“Bad things happen to everybody everyday and if we learn how to turn it around and use it as a positive maybe there wouldn’t be so much hate.” Delfina Boozer said.

If you or someone you know has done something kind for others, let us know by visiting https://www.turnto23.com/hello-humankindness.